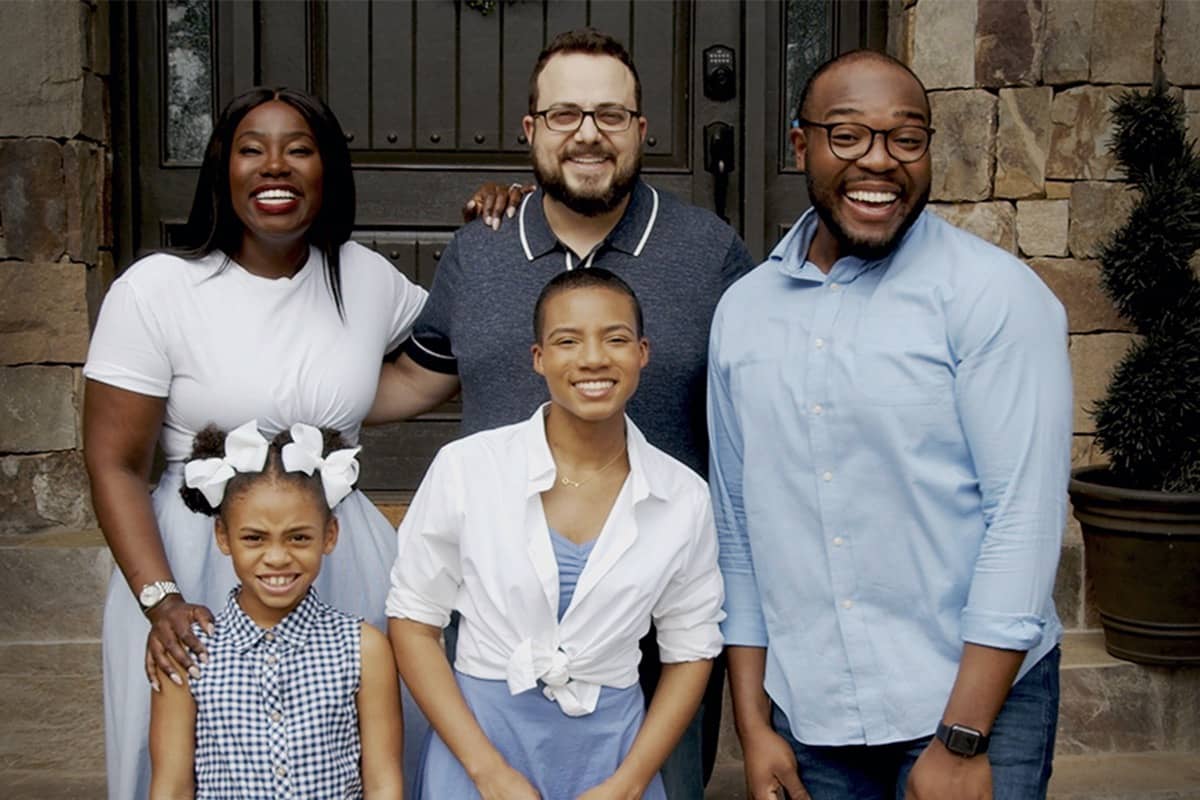 The 6-episode, half-hour series is produced by Line By Line Media, Inc. and executive produced by Justin Tucker, Sam Sarkoob and Bob Unger.

Nicole Walters is a type-A, energetic, jet-setting entrepreneur, and Josh Walters is her quirky and devoted husband and lawyer. Nicole and Josh had only been married a few years when their whole lives changed — they decided to open their home and hearts to three sisters living on the streets. Suddenly, they became brand new parents and were an “instant family”. Helping them navigate the wild world of parenting (and bringing the laughs) is Nicole’s best friend and “manny,” Eddie. The high-energy series focuses on the importance of balancing work and family, laughter and love… and demonstrates how the greatest things in life can come together in an instant.

This 8-episode, half-hour series is produced by This is Just a Test LLC, with Aengus James, Colin Miller and Jen McClure-Metz executive producing.

In this hilarious, melodic and inspirational new series, there’s never a dull moment in the world of larger-than-life Pastor Richard Hartley. When he isn’t preaching and inspiring his congregation at his Long Island, NY church, he’s dealing with his rambunctious and loving family… all while utilizing his musical skills to make the church’s choir top notch. Having spent years travelling the globe working with incredible choirs and A-list musicians, Richard is now focused on his hometown choir and, with the help of his wife Stacey, trying to get his millennial children, Judea and Jordan, out of the house so that they can build their own dreams.

USA Network has been a #1 cable entertainment network for 14 years and is home to the most compelling television properties in the industry. Serving a broad, passionate fanbase, USA’s diverse slate includes popular award-winning dramas, unfiltered family comedies, buzzy unscripted, weekly live WWE programming, and a portfolio of sought-after acquired series and movies. USA is part of NBCUniversal, one of the world’s leading media and entertainment companies. NBCUniversal is a subsidiary of Comcast Corporation.

About Line by Line Media, Inc

About This is Just a Test, LLC

This is Just a Test makes content for every screen. We are drawn to larger-than-life characters who impact culture with humor and heart. Recent projects includes the GLAAD award winning series I AM JAZZ, the hit series UNDERCOVER BILLIONAIRE, the animated comedy and social commentary SUGAR & TOYS, and the feature documentary SCANDALOUS – which chronicles the impact and practices of the National Enquirer. Our work has received awards and honors for promoting issues of importance. Founded by Aengus James and Colin King Miller, this is just a test.