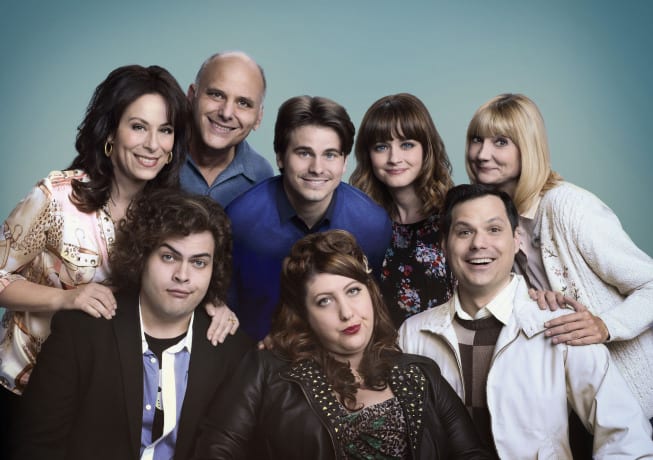 US & THEM Trailer : Based on the hugely popular and multiple-award-winning BBC 3 series “Gavin and Stacey” and starring Emmy Award nominee Jason Ritter and Alexis Bledel, US & THEM is an ensemble single-camera comedy about a young couple, whose path to happily-ever-after is complicated by the screwed-up circus of people closest to them.

US & THEM (wt) is produced by Sony Pictures Television and BBC Worldwide Productions. It is based on the hugely popular and multiple-award-winning BBC 3 series “Gavin and Stacey,” which was created and written by James Corden and Ruth Jones. US & THEM (wt) is adapted and written by David J. Rosen (“I Just Want My Pants Back”), and executive-produced by Rosen, Jane Tranter, Julie Gardner, Corden and Jones. Steve Coogan and Henry Normal serve as executive producers for Baby Cow Productions. Michael Patrick Jann (“Drop Dead Gorgeous”) directed the pilot.