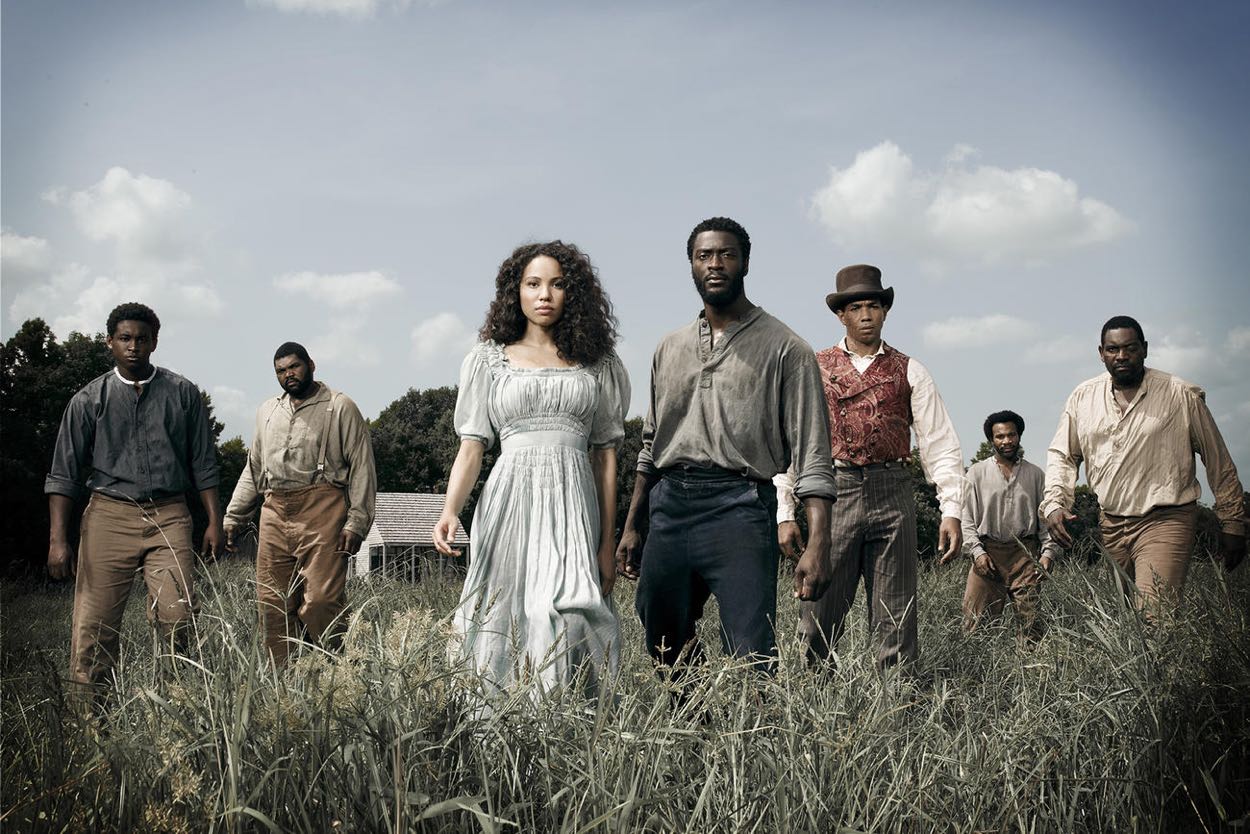 WGN America’s newest series is UNDERGROUND. Set in the pre-Civil War Days, it follows a swath of representative Americans, both black and white, slaves and free, at a pivotal, conflict-ridden time for our country, just before full-scale war erupts. It’s a period we’ve seen before, most notably in Roots, but never in a successful, ongoing weekly series, which should allow the writers and performers to get much deeper into the personalities and complexities of the era than has been done before.

UNDERGROUND stars Aldis Hodge (Straight Outta Compton, Leverage) as Noah, a smart man who is tired of being forced to serve a master, but who knows it wouldn’t be productive to openly rebel. Instead, he plays the game, pretending to be obedient, even while making secret plans to flee the plantation and head north, using the Underground Railroad referred to in the show’s title.

Noah is not going to go alone, which might be a good or bad idea, depending on how it plays out. Among his possible traveling companions are: Rosalee (Jurnee Smollett-Bell, True Blood, Friday Night Lights), a timid house slave and protective older sister; Moses (Mykelti Williamson, Justified, 24), who allows the others to believe he can read, even though it’s his wife, Pearly Mae (Adina Porter, True Blood, The Newsroom) who has been educated; and Cato (Alano Miller, Jane the Virgin), the collaborator who wants to go so he isn’t punished in their place after the others are gone, if he doesn’t turn them in first.

To represent the dominant race of the time, UNDERGROUND has August Pullman (Christopher Meloni, Law & Order: SVU, Wet Hot American Summer), John Hawkes (Marc Blucas, Buffy the Vampire Slayer), and Elizabeth Hawkes (Jessica De Gouw, Dracula). John is a lawyer and an abolitionist, who is offered the job of campaign manager by his brother (Dollhouse’s Reed Diamond), a Northerner who has moved South and now owns the people John is fighting to free. John’s wife, Elizabeth, seems mentally unstable, though, putting additional pressure on John. And August is… well, I’m not sure if he’s a help to runaways or a slave catcher yet, but I’m sure we’ll soon figure that out.

As you can see, there are a number of different parties represented, and that gives UNDERGROUND a full feel, in a good way. The focus is on the African-Americans, as it should be. However, no one portrayed are just stereotypes, with complex realities warring with individual morality and circumstance. Each individual, including a number of those not listed above, stand out and are quickly memorable.

The production is equally well done. Filmed in the American south, one can feel the sweat dripping when characters are out in the fields, and the landscapes are beautiful. There’s a gritty realness to it, and the costumes and sets are clearly well thought-out.

The music in UNDERGROUND is probably the oddest part of the show. At times, it is appropriate for the year, including in singing some of the more spiritual songs. But at other times, modern numbers are mixed in that really kind of pull one out of the moment. The lyrics of these fit the story, so it’s not like they’re just pop songs to punch things up, but at the same time, they clash in such a way that doesn’t quite feel right to me.

The music is the only complaint I have, though. Overall, I found UNDERGROUND to be a compelling narrative with plenty of quality in the cast, the story, and the style. The drawback is minor enough to overlook, and it’s debatable whether it really is a negative, even if I don’t understand why it’s present, at least not yet. I do recommend this one, and will probably watch more of it soon.