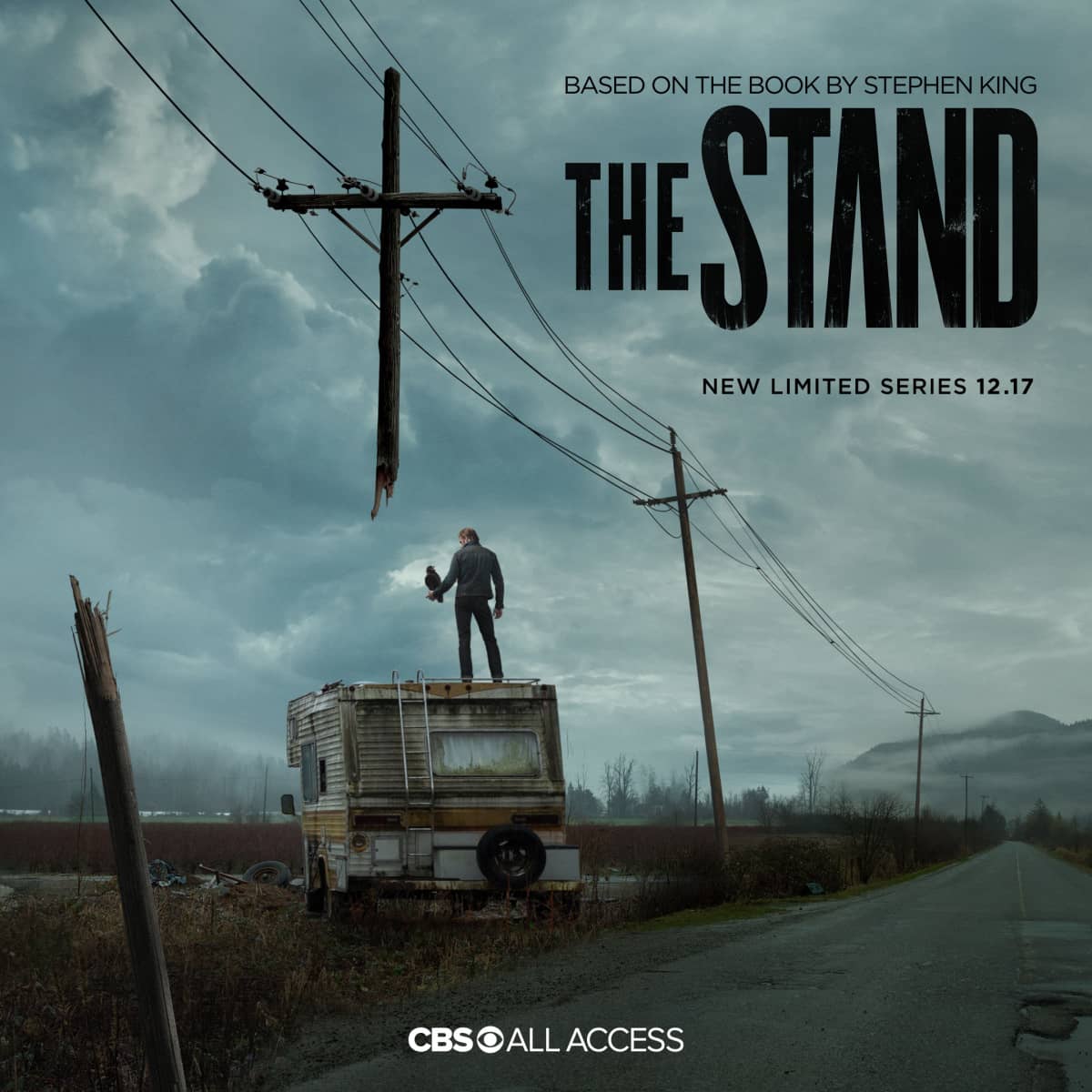 This week, CBS All Access rebooted Stephen King’s THE STAND with a brand-new, nine-episode miniseries that will be released weekly. The story is one of two powerful beings, one good and one evil, fighting in a post-apocalyptic landscape. It reportedly contains additional material and a fresh ending and coda by the author himself, so even if you’ve read or watched the 90s miniseries, there’s something new here. Also, this version is on a streaming service, so it is not bound by episode running times or broadcast television standards.

THE STAND starts after a pandemic wipes out the vast majority of the world’s population, then flashes back to show us briefly how the early days played out. It doesn’t waste much time going through the illness, just giving us enough of a glimpse of some corpses to let us know the impact of what happened. The big difference between this and a network broadcast seems to be letting the production get really gross with the bodies.

Judging from the pilot of THE STAND, titled “The End,” there appears to be three lead characters. Stu Redman (James Marsden, Westworld) is a simple guy who somehow becomes the only one in his friend group, and then in a much larger circle, that is immune to the virus, surviving in a government facility while everyone else dies around him. At the same time, Harold Lauder (Owen Teague, It, Bloodline) is left alone in his neighborhood with his former babysitter, Frannie Goldsmith (Odessa Young, Assassination Nation). Unlike Frannie, who is grief-stricken by her circumstances, Harold seems gleeful for the chance to get close to Frannie, who he has been stalking for a while.

Harold gets the most focus in “The End,” seen both during the crisis and after, when a bunch of survivors (including all three leads) gather. But that doesn’t mean viewers will root for him. He’s an unlikeable creep, and every moment he’s with Frannie is a moment that I fear for her safety. And that’s even before Harold reveals his chilling manifesto, which surely means dark times are coming.

Without having read the book or seen the earlier version, I didn’t realize from this initial installment that THE STAND was actually about a supernatural battle. The good Mother Abagail (Whoopi Goldberg, Sister Act, Ghost) and the evil Randall Flagg (Alexander Skarsgård, Big Little Lies) are barely glimpsed in the first episode, and not explained in the slightest. Before reviewing materials on the series, I had no idea they were of much importance at all. Though I like both performers very much and look forward to seeing more of them.

Teague is a fine performer, perfect for the part, as unsettling as it may be. But spending time with his character is tiresome, and that’s why I was disappointed THE STAND took out several others I liked in short order. “The End” offers us Hamish Linklater (Legion) as kindly Dr. Ellis, whose passing was incredibly sad. J.K. Simmons (Spiderman) appears in a single scene, and as impactful as he is, he feels wasted. I’m glad Eion Bailey (Once Upon a Time) is sticking around, but I wonder how many other great actors will blow through in little more than cameos, presumably attracted by the King name.

I liked THE STAND, I didn’t love it. I didn’t get as much of the performers that I wanted to see, and got a lot of one who made me very uncomfortable (albeit, well acted for the role). Its parallels to modern events are scary, but the pacing is a little slow, and it doesn’t substantially reveal major elements of its own story in the only episode released so far. Without exterior motivation, I don’t think this hour alone would make me want to watch.

THE STAND’s first episode is available now on CBS All Access, and will release new installments every Thursday.