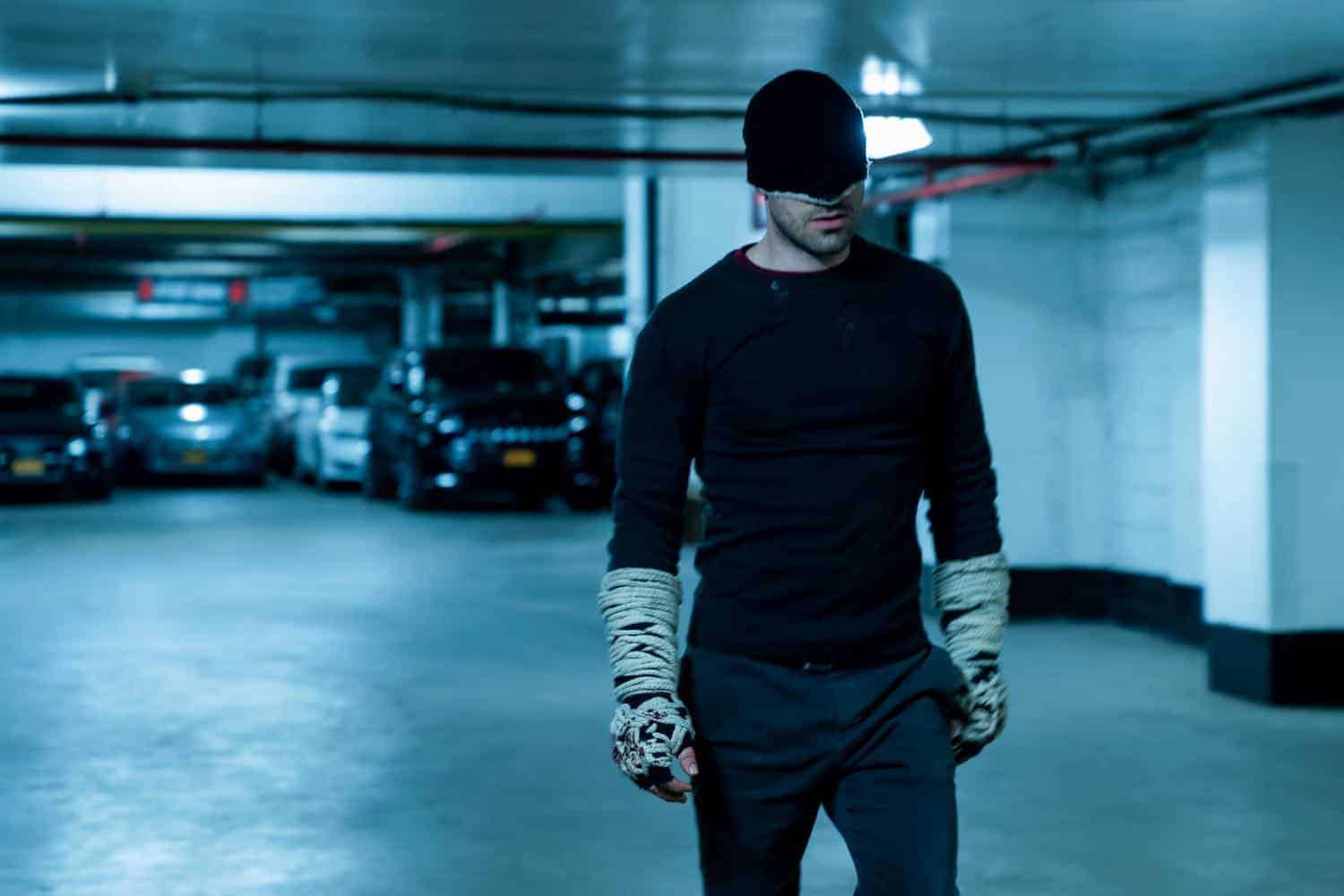 DAREDEVIL has returned to Netflix for a third season. The Marvel show jumped the gun by announcing round three before the character of Daredevil seemingly met his untimely end in The Defenders miniseries, thus nipping in the bud any wondering if he may have survived. So of course, Matt Murdock, the Devil of Hell’s Kitchen, did make it through his near-death experience and begins to heal, even as his friends mourn his ‘passing.’

Season three takes its time getting the main cast back together, which is keeping in line with pacing from previous seasons. Foggy (Elden Henson) and Karen’s (Deborah Ann Woll) main story thus far is basically just grieving. Karen doesn’t believe Matt is gone, while Foggy is sympathetic, but doesn’t buy into her belief. Instead, he is just a good friend, supporting a pal who is working through her emotions before she can accept the truth.

Little do they know, Matt (Charlie Cox) has been brought to church, his sanctuary. Viewers are introduced to Sister Maggie Grace (Joanne Whalley, The Borgias), a nun who cared for Matt after his father’s death, and now helps him get back on his feet again. Matt is a bit slow to return to fighting form, wallowing in pity for awhile. Maggie is a force to reckon with, helpful without coddling, and it’s easy to see how she helped shape the type of person Matt has become, and can guide him now.

I do wonder how Maggie will play into Matt’s further development. She is listed as a lead for season three, so it’s likely she’s not going away, even though Matt is about ready to leave his resting place behind by the end of the first hour. I can’t imagine she’s a villain; she probably isn’t even as complex as Stick or Elekta, others from Matt’s past who have shown up to complicate things. It’s nice to have another good guy around.

Other new characters for season three include Ray Nadeem (Jay Ali, The Fosters) and Benjamin Poindexter (Wilson Bethel, Hart of Dixie). Ray is introduced in a way that clearly brings him into the Kingpin’s (Vincent D’Onofrio) orbit. The Kingpin is still in jail as the latest DAREDEVIL story gets underway, but that seems poised to change soon, bringing the major villain from season one back to the forefront. Poindexter, known better to comic fans as Bullseye, is also someone (at least on paper) frequently seen with the Kingpin, though he is MIA in “Resurrection,” the season premiere. Again, it is not unusual for DAREDEVIL to take its time getting the plot going, so this is no surprise.

While the first seasons of Jessica Jones and Luke Cage were more enticing, in my opinion, than the freshman outing of DAREDEVIL, season three already feels comfortable and familiar in a very pleasing way. Having only viewed the initial hour thus far, I’m not completely sure where this season is going. But while Sister Maggie hints at the past, there are other signs that this year will move things forward more than the last two, a satisfying development for the players.

As other Marvel series have dropped out of the Netflix lineup recently, DAREDEVIL seems poised to survive, much the way its titular hero has. It was first, and it could very well be the last one left standing. I don’t think the Netflix Marvel shows have run out of steam yet, and this first episode back seems to confirm this one has life still in it. Hopefully it puts it to good use, as early signs seem to indicate will be the case.