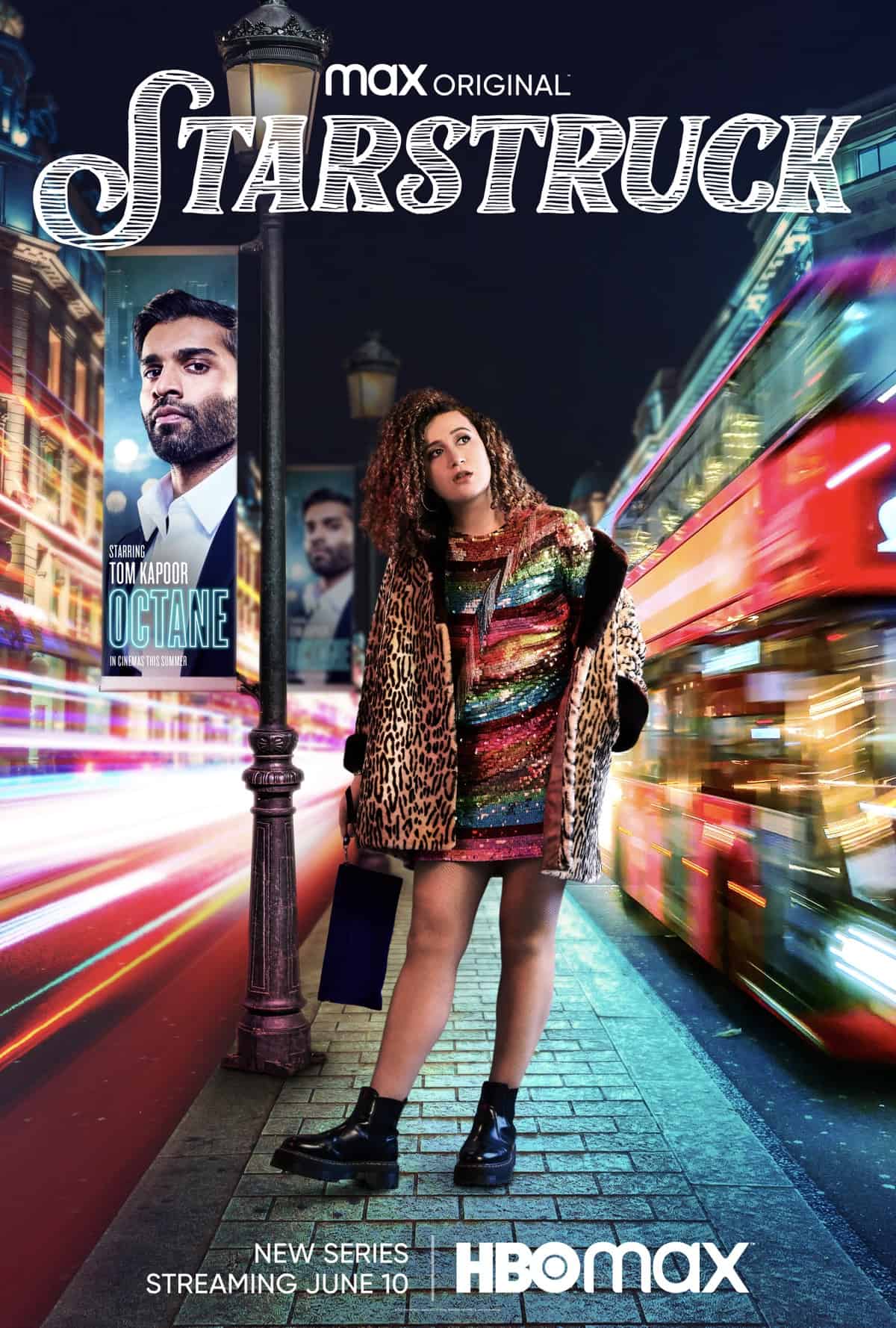 The Max Original series STARSTRUCK, from comedian Rose Matafeo (“Baby Done,” “Horndog”), will debut on JUNE 10. The romantic comedy, hailed by Glamour magazine as “deeply funny”, and Elle magazine as “electric” is co-written by Matafeo and Alice Snedden, and produced by Avalon. STARSTRUCK follows Jessie (Matafeo), a millennial living in East London juggling two dead end jobs and navigating the awkward morning-after-the-night-before when she discovers the complications of accidentally sleeping with famous movie star Tom (Nikesh Patel). What she thought would become an amusing anecdote soon turns into something more, as the couple realize they can’t keep away from each other. The ensemble cast also includes Sindhu Vee, Emma Sidi and  Minnie Driver (“Good Will Hunting”).

About Rose Matafeo
New Zealand born Rose has established herself as one of the most exciting new voices in comedy and is firmly fixed as the “voice of millennials” (Comedy Awards).

A regular face on screen, January saw Rose star in the feature film “Baby Done” From Taika Waititi, while she has featured on BAFTA winning Taskmaster (Ch4), Have I Got News For You (BBC One), The Royal Variety Performance (ITV 1), Unspun with Matt Forde (Dave), Ultimate Worrier (Dave), Hypothetical (UKTV), The Great British Bake Off: An Extra Slice (Channel 4), The Last Leg (Channel 4), and performed on Conan (TBS). Rose has acted in BBC Two’s W1A, BBC Three’s Pls Like and Climaxed, and E4’s Dead Pixels, while she wrote and starred in the three-part series Rose Matafeo: Temp for Channel 4’s Comedy Blaps.

In the US, she also performed a stand-up slot on Conan (TBS). In New Zealand Rose is the lead writer and star of the sketch show Funny Girls (TV3) which is in its third series, and a regular on panel show 7 Days (Three Now NZ). She also starred in the feature Baby, Done (Piki Films). She is also co-host of podcast Boners of the Heart with Alice Snedden.

About Avalon
Avalon is a multi-award-winning talent management, television production and live promotion group with offices in London, Los Angeles and New York.

As a leading promoter of live comedy, Avalon produced Newman and Baddiel: Live at Wembley, the UK’s first arena comedy show; Jerry Springer: The Opera, the first West End show to win all four UK ‘Best New Musical’ awards; and has continued to produce and promote live shows globally, as well as promoting more winners and nominees of the prestigious Edinburgh Comedy Award than any other company.