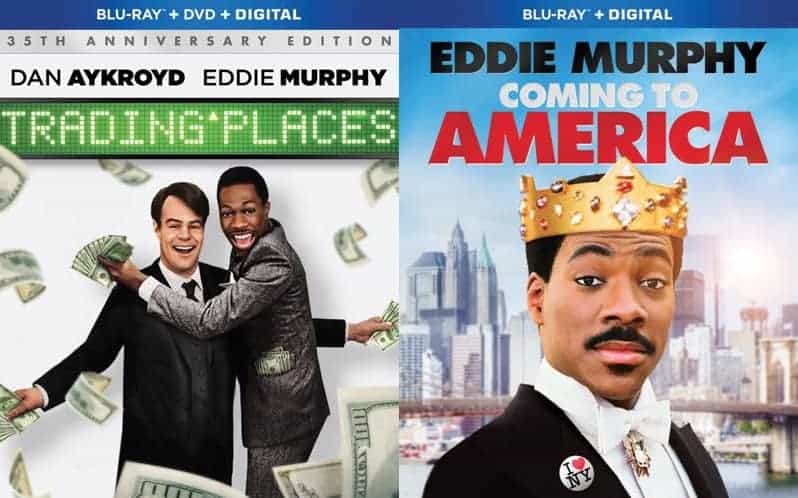 Seat42F and Paramount Home Media have teamed up to give THREE lucky winners a copy of TRADING PLACES And COMING TO AMERICA on Blu-ray. For a chance to win send an email to contest@seat42f.com and tell us your favorite Eddie Murphy movie. Only one entry per person. Contest ends June 19th. Winners will be notified on June 20th via email.

Celebrating its 35th anniversary, TRADING PLACES pairs Murphy with Dan Aykroyd in director John Landis¹ sidesplitting social satire.  A small-time con artist switches roles with a big-time stock market maven as part of an idle bet between two mega-rich brothers.  But when the truth comes out, the consequences are pure comedy gold.  The Blu-ray includes multiple behind-the-scenes featurettes, as well as access to a digital copy.

In COMING TO AMERICA, which celebrates its 30th anniversary in 2018, Murphy reteamed with director John Landis to play a pampered African prince who disguises his identity to roam the U.S. in search of a bride.  The film also stars Arsenio Hall and James Earl Jones and features a variety of cameos, including Don Ameche and Ralph Bellamy from Trading Places.  The Blu-ray includes vintage interviews with the cast, behind-the-scenes featurettes, a photo gallery, and access to a digital copy.