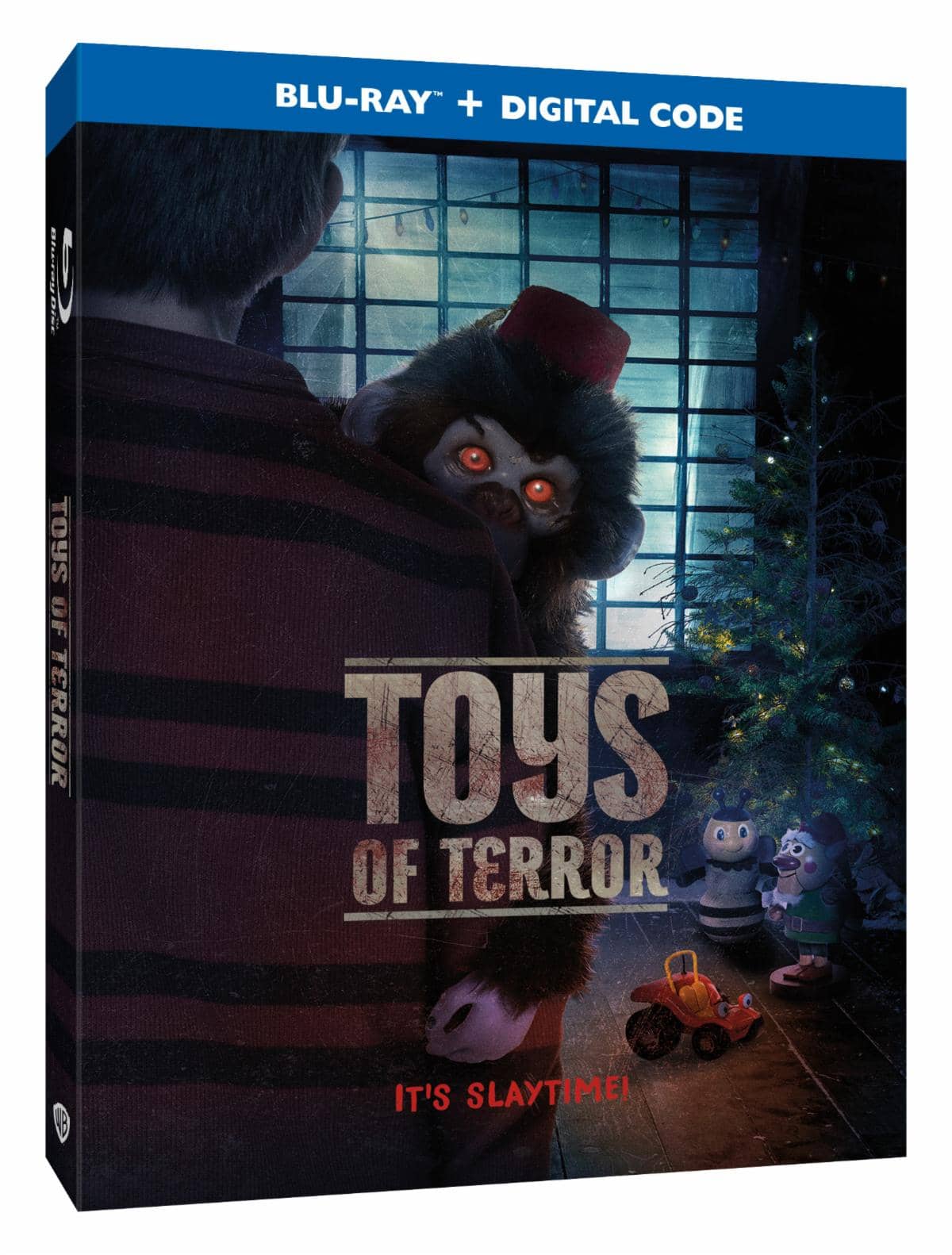 David and Hannah Cashman have promised their family a fun Christmas getaway, but when they arrive at a grand, old house in the snowy woods of Washington and are greeted by familiar construction foreman, the kids realize their parent’s plan to make it a working vacation; renovating the place in the hopes of flipping it. Alicia, the eldest, is annoyed but the younger kids are soon distracted when, wandering through the creepy mansion, they find a stash of old toys in an abandoned playroom and take to them instantly. Before long, they seem to be inseparable from their new playthings, much to the consternation of their nanny Rose who, along with Alicia, senses that something in the house is not quite right. As stranger and stranger things start to happen, Rose and Alicia have a hunch that there may be more to the history of the old house than the Cashman’s are letting on. Can the family escape with their lives – or will they stay forever in the crumbling house, never to celebrate another Christmas again?

“Toys of Terror will grip you from beginning to end with its creepily life-like toys and chilling plot twists,” said Mary Ellen Thomas SVP Originals, Animation & Family at WBHE. “Get into the holiday spirit and be prepared to be horrified the same time with this all-new horror classic.”

DIGITAL
Toys of Terror will be available to own on Digital. Digital purchase allows consumers to instantly stream and watch anywhere, anytime, on their favorite devices. Digital movies and TV shows are available from various digital retailers including Amazon Video, iTunes, Google Play, Vudu and others. A Digital Copy is also included with the purchase of specially marked Blu-ray discs for redemption and cloud storage.

About SYFY
SYFY is a global, multiplatform media brand that gives science fiction fans of all kinds a universe to call home. Celebrating the genre in all its forms, SYFY super-serves passionate fans with scripted original science fiction, fantasy, paranormal and superhero programming, along with late night animation, fan-focused franchises and live event coverage. The brand is powered by SYFY WIRE (www.syfy.com), the premier editorial brand for fans of sci-fi, fantasy and horror. SYFY is part of NBCUniversal, one of the world’s leading media and entertainment companies. NBCUniversal is a subsidiary of Comcast Corporation.