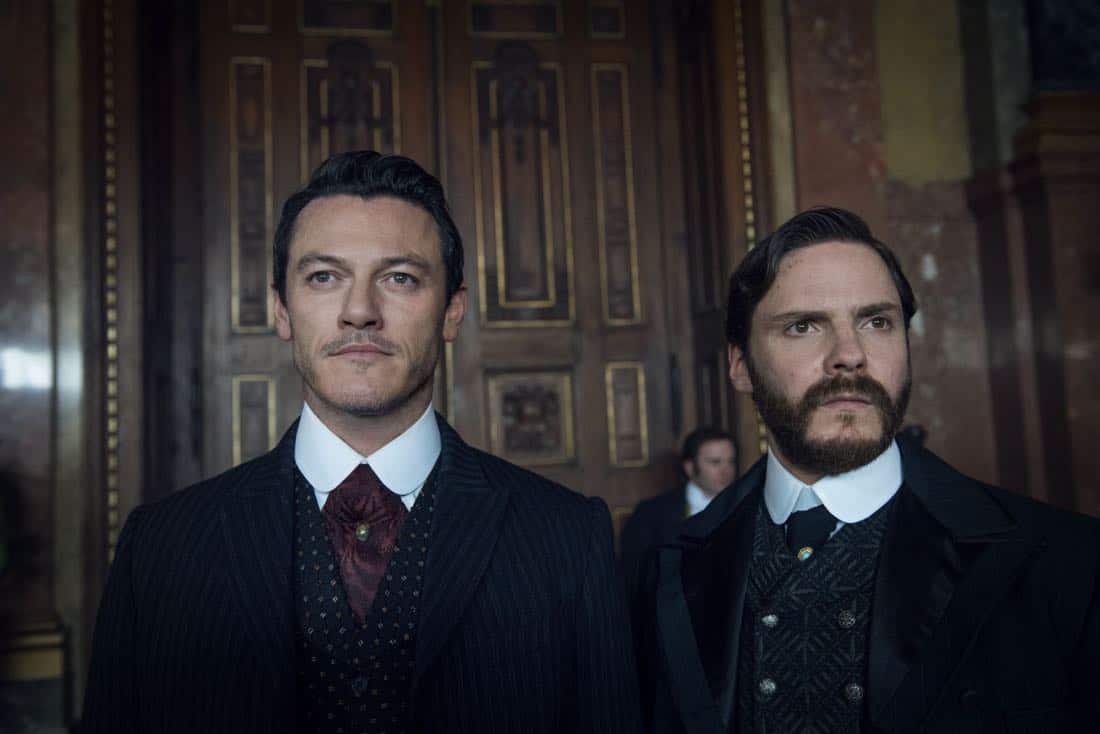 Here are reactions to today’s nominations:

Daniel Brühl, star of The Alienist
“I’m speechless, incredibly honored and so proud of our show. It’s been a privilege and one of my most rewarding and wonderful experiences to play the fascinating role of Dr. Laszlo Kreizler. A big thank you to the whole The Alienist Family, especially to my beloved friends Dakota Fanning and Luke Evans. I’m very excited and can’t wait to get back to work with all of the team again on The Angel Of Darkness.”

Jakob Verbruggen, executive producer and director of The Alienist
“It is such an honor to see The Alienist nominated for Best Limited Series and Daniel Brühl as an Actor in a Limited Series. The Alienist is a New York City Symphony and this Golden Globe Award nomination is a true appreciation for everyone involved in bringing this series to life. What an amazing day!”

Sarah Aubrey, executive vice president, original programming, TNT
“We could not be more proud of all that The Alienist’s incredibly talented cast and crew have accomplished. These two Golden Globe Award nominations are a tribute to the heart and soul put into this one-of-a-kind international production. Daniel Brühl’s outstanding portrayal of Dr. Laszlo Kreizler amazed us from the beginning and we are ecstatic he is being recognized today.”

A huge critical and ratings success, The Alienist is a top 10 cable drama, having reached more than 50 million people across multiple platforms and previously earning six Emmy® Award nominations. The gripping, turn-of-the-century prestige thriller follows Dr. Laszlo Kreizler (Brühl, Rush), a brilliant and obsessive “Alienist” in the controversial new field of treating mental pathologies, who holds the key to hunting down a never-before-seen ritualistic killer murdering young boys. Based on the award-winning, fan-favorite novel by Caleb Carr, with standout performances from Luke Evans (The Girl on the Train) and Dakota Fanning (American Pastoral), The Alienist is a murder mystery like none other: the story of the emergence of the world’s most powerful city that will stop at nothing to bury its darkest secrets.

These two nominations further exemplify TNT’s transformation into a leader of producing provocative, risk-taking series that feature complicated characters with humanity. With upcoming series such as Patty Jenkins’ ‘60s crime thriller I Am the Night starring Chris Pine and India Eisley (Trailer), as well as Snowpiercer, The Angel of Darkness, Tell Me Your Secrets and Raised by Wolves, TNT will continue to develop impactful projects with increasingly high caliber talent and producers into 2019 and beyond.