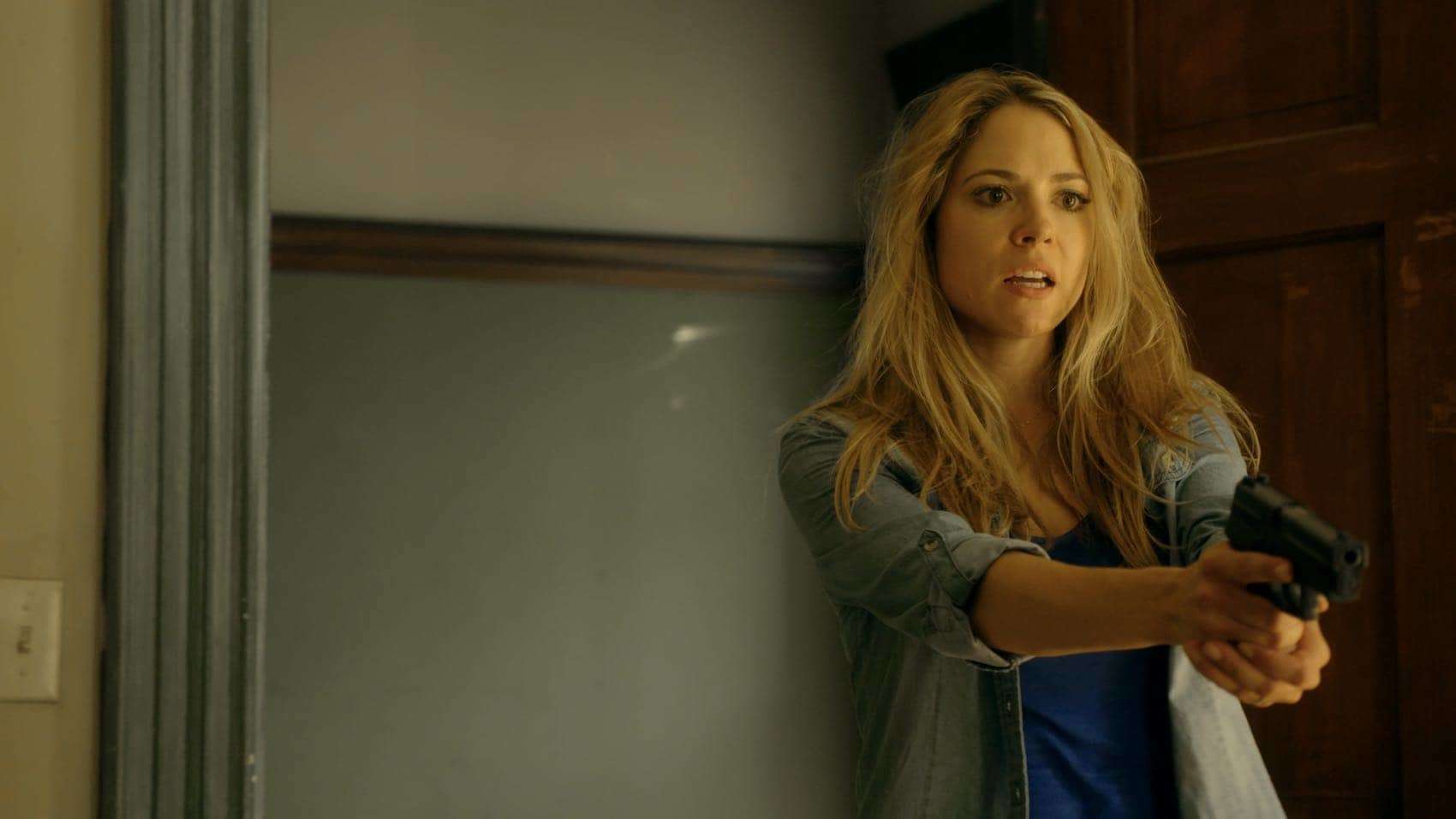 In the new Lifetime movie THE WRONG MOTHER, a seemingly innocent-looking woman arrives to assist a family and things quickly go from bad to worse when a dark, ulterior motive is revealed.  Fans will be surprised to see Brooke Nevin portraying such a dark and devious character and will have chills watching her inhabit the role of Vanessa in THE WRONG MOTHER.  In an exclusive interview, Brooke Nevin teases the spine-chilling twist of Lifetime’s THE WRONG MOTHER, as well as talking about the appeal of reaching this successful point in her career right now.

What initially appealed to you about the role of Vanessa and working on the THE WRONG MOTHER?
BROOKE:  As someone who often gets casts as the “good girl,” I couldn’t pass up the chance to play a character with such a conniving, ulterior motive!

How would you describe who Vanessa is?
BROOKE:  Vanessa is a woman who is motivated by a primal need. She feels strongly that she’s the one who’s been wronged and will go to any lengths to get back what she believes is rightfully hers — no matter the path of destruction left in her wake.

What do you think about playing such a despicable character as Vanessa?
BROOKE:  A narcissist like “Vanessa” has a singular focus and drive.  Layering the levels of deception and figuring out her tactics to get what she wants was really satisfying to play with on screen!

Then what is it like working opposite your co-star Vanessa Marcil?
BROOKE:  She is a strong scene partner, focused on telling a compelling story. And also strong, as in she may be small, but she is mighty! We had fun with the stunt sequence in the finale – she packs a convincing fake punch!

The film insinuates that your character Vanessa may have ulterior motive for helping Kaylene.  Are viewers supposed to view Vanessa with an uneasy eye that she could commit murder or another heinous crime?
BROOKE:  As soon as we see ‘sweet’ nurse Vanessa unpacking some racy lingerie, I think the audience is supposed to know that something is definitely up with the hired help.

What was your favorite part about working on this project?
BROOKE:  I think my favorite part was goofing around with the kids between takes!

What has been the one thing you as an actor have taken away from working on THE WRONG MOTHER?
BROOKE:  Play — that as long as you’re in a state of ‘play’ as an actor, you can go from goofing around with your co-star kids between takes to wanting to get rid of their on-screen mother as soon as the camera is rolling!

What do you hope viewers continue to take away from watching THE WRONG MOTHER?
BROOKE:  Spend some real time checking the credentials of anyone you invite into your home to take care of you or your family.

What has surprised you most about your career so far?
BROOKE:  The vagaries of a career in this business are surprising and a constant reminder to enjoy the journey instead of some preconceived destination. It has constantly challenged me as an individual to refine my goals and my connection to my work as an evolving artist from one project to the next.

At this stage of your career, what do you think you have learned from the amazing variety of roles and projects you have worked on?
BROOKE:  I’ve learned that at no point will I stop learning. Each new role and project presents new challenges and I love that I’ll likely never approach a character knowing exactly how to play her. It’s a constant process of curiosity and discovery.

Then what are the perks of where you are in your career right now?
BROOKE:  It’s really nice to get offers for roles and not have to always audition.

If there were one role you would like to revisit, which would it be and why?
BROOKE:  I played this character ‘Sonja’, a used car sales secretary who wore her heart on her sleeve in CALL ME FITZ, starring Jason Priestley. The audience comes to find out that Sonja is actually Amish, and then she meets an unfortunate end off-screen in an accident with a cow. I would love to reprise that role as a wide-eyed little ghost visiting all the characters from the show, like Sonja did with the main character Fitz in the series finale, but still set in the darkly comedic world created by Sheri Elwood. I don’t know, maybe I smell a spin-off.

You seem to take on roles that are very challenging. Do any of your characters and the situations they find themselves in ever leave a lasting impression on you?
BROOKE:  I’m someone who can walk away from set and leave most of that energy behind me. What does leave a lasting impression is the research that goes into my prep for a role. My last project for Lifetime “Stolen from Suburbia” was pretty harrowing as I opened my eyes to the horrors of modern day sex trafficking – that newfound knowledge was hard to assimilate. I’m grateful for the experience though, so I can use that awareness to support organizations like Saving Innocence, that are on the frontlines of fighting this human rights abuse that’s too often hidden in the shadows.

Has there been any great advice you have gotten?  What advice would you offer to other upcoming and aspiring actors?
BROOKE:  It’s so important to have other creative outlets in this business since it often feels like there is a gatekeeper to being able to share your art. Also, find a supportive, creative tribe. This community can be wonderfully inspiring and supportive if you find the right people to join you on your journey.

Do you have any other upcoming projects that you can share that fans should keep an eye out for?
BROOKE:  I play an aspiring Broadway performer in “Construction”, a film directed by my former Breakout Kings co-star Malcolm Goodwin that I’m excited to announce will be coming out very soon!  I’m also in a heartwarming love story called “Hometown Hero”, which is currently airing on Pixl Network.

At a time when women’s voices are rising to be heard and respected around the country and world, what do you recommend your fans do to lend support in that endeavor?
BROOKE:  Even if you’re not in a position to lead yourself, you can make a big difference by starting small and taking steps to empower those around you. Supporting female leaders in your own community has a ripple effect. I’ve experienced this first-hand volunteering for A Sense of Home, lead by the ever-inspiring Georgie Smith who set out to create homes for foster youth in need here in Los Angeles. In less than 2 years, her non-profit has created over 100 homes for more than 150 youth – giving rise to a whole community of empowered young women that now have the foundation to realize their potential, pay it forward and find their own voice.

To see how cleverly Brooke’s character Vanessa manipulates herself into an unsuspecting family’s life, be sure to tune in for the premiere of THE WRONG MOTHER on Saturday, April 8th at 9:00 p.m. on Lifetime.