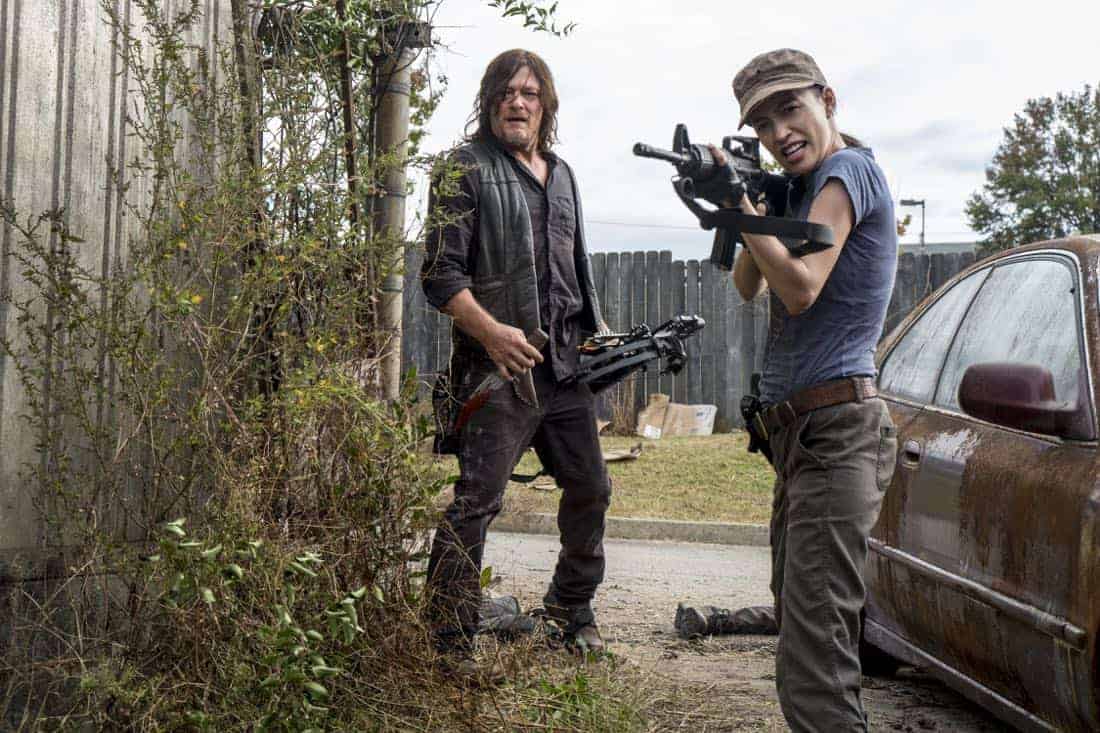 With the threat of the Saviors still looming, Aaron continues searching for allies; Daryl and Rosita take action and confront an old friend. THE WALKING DEAD Season 8 Episode 15 Photos Worth

In addition to the war, Negan continues to deal with struggles within his ranks as workers, traitors, and others’ thirst for power cause conflict at the Sanctuary. Having gifted the Saviors a major victory, Eugene’s loyalty is repeatedly tested as new obstacles present themselves. The Walking Dead