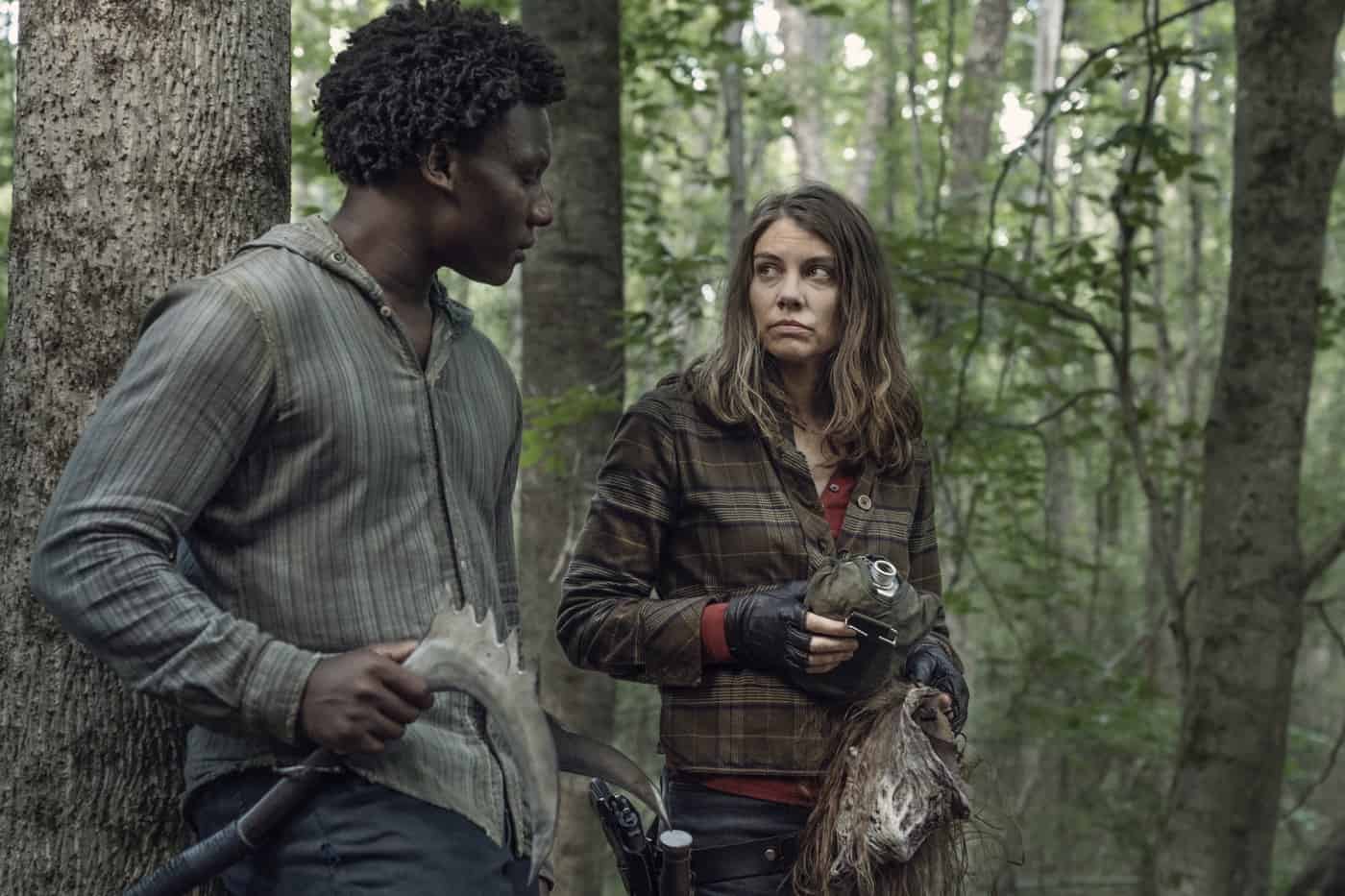 The epic journey to the series finale of AMC’s smash hit The Walking Dead will begin Sunday, August 22, as announced in a new teaser that ran during tonight’s Season 10 finale.  The flagship series’ final, expanded season will kick off with eight new episodes, the first of a massive 24-episode story arc that will bring the show’s decade-long successful run to conclusion.

“Coming off of the six additional episodes for Season 10, which focused on smaller, character-driven stories, we’re excited to kick off Season 11 bigger than ever,” says Angela Kang, showrunner and executive producer of The Walking Dead. “The stakes will be high – we’ll see more zombies, tons of action, intriguing new stories, never-before-seen locations and our groups together in one community for the first time, trying to rebuild what the Whisperers took from them.”

“The final chapter of The Walking Dead begins with eight action-packed episodes that will feature the massive scope and scale fans have come to expect from TWD Universe, and I’m thrilled to share that fans won’t have to wait long for these incredible new episodes to debut this summer,” adds Scott M. Gimple, chief content officer of TWD Universe.

The Walking Dead shattered ratings records over ten seasons and remains the #1 series on basic cable for the 12th consecutive year, among A25-54 in L+3 viewing.  Based on the comic book series written by Robert Kirkman and published by Image Comics, The Walking Dead is produced by AMC Studios and executive produced by Gimple, Kang, Kirkman, Gale Anne Hurd, Dave Alpert, Greg Nicotero, Joseph Incaprera and Denise Huth.

AMC is home to some of the most popular and acclaimed programs on television. AMC was the first basic cable network to ever win the Emmy® Award for Outstanding Drama Series with Mad Men in 2008, which then went on to win the coveted award four years in a row, before Breaking Bad won it in 2013 and 2014.

The network’s series The Walking Dead is the highest-rated series in cable history. AMC’s current original drama series are Better Call Saul, Fear the Walking Dead, Soulmates, The Walking Dead, The Walking Dead: World Beyond and the forthcoming series Kevin Can F**k Himself, 61st Street, Pantheon and Ragdoll. AMC also explores authentic worlds and discussion with original shows like Talking Dead, AMC Visionaries and Ride with Norman Reedus. AMC is owned and operated by AMC Networks Inc. and its sister networks include IFC, SundanceTV, BBC America and WE tv. AMC is available across all platforms, including on-air, online, on demand and mobile.