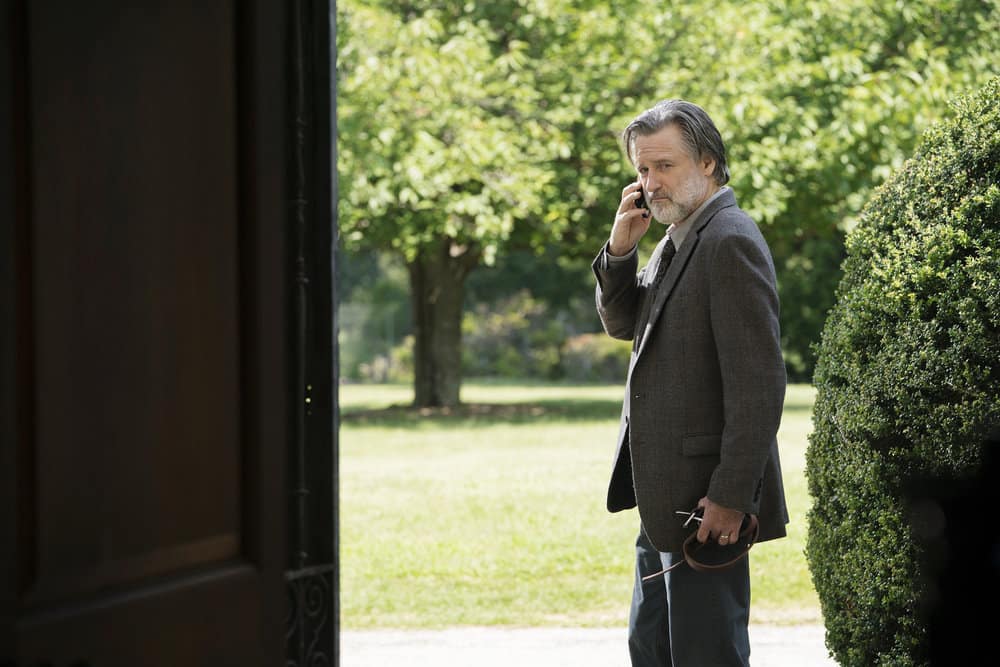 USA Network announced today that its critically acclaimed drama THE SINNER will premiere its second limited season on August 1 at 10pm ET/PT. Executive produced by Jessica Biel, this new story follows Detective Harry Ambrose (Bill Pullman) who returns to his hometown in rural New York to assess an unsettling and heart wrenching crime — parents murdered by their 11-year-old son (Elisha Henig), with no apparent motive. As Ambrose realizes there’s nothing ordinary about the boy or where he came from, the investigation pulls him into the hidden darkness of his hometown. He’s pitted against those who’ll stop at nothing to protect its secrets — and the mysterious Vera (Carrie Coon) who proves to be a complicated, enigmatic piece to this haunting puzzle.