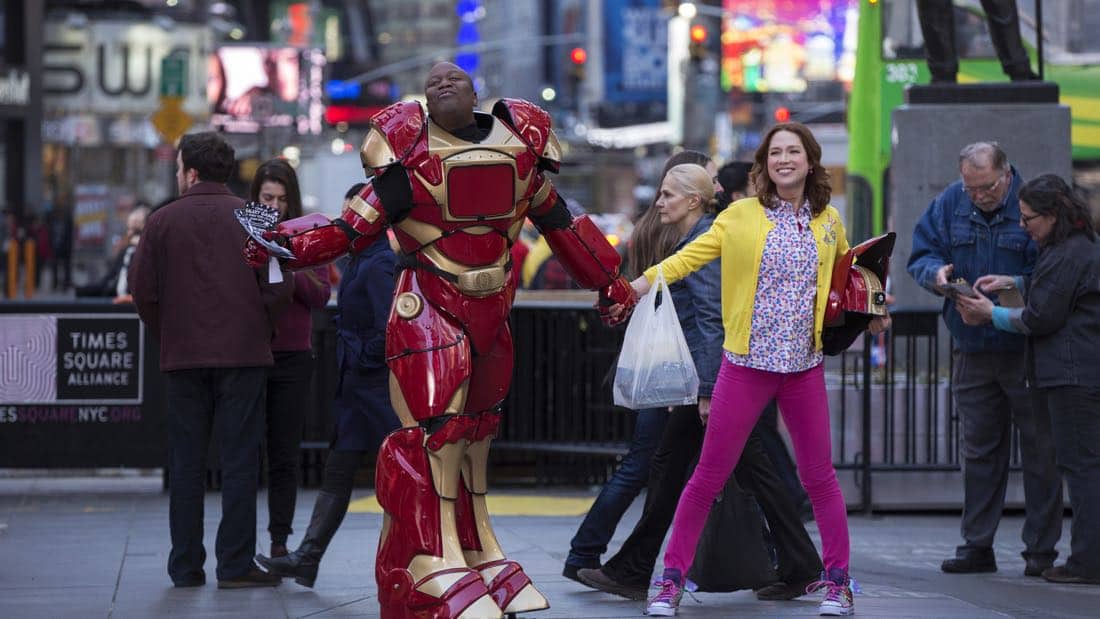 Netflix will launch the remaining six episodes of the fourth season of Unbreakable Kimmy Schmidt on January 25, 2019.

The first six episodes of the fourth season launched Wednesday, May 30.

To date, Unbreakable Kimmy Schmidt has earned 16 Primetime Emmy Award nominations, including a best series nom for each of its first three seasons.

In Season 4, Kimmy (Ellie Kemper), Titus (Tituss Burgess), Jacqueline (Jane Krakowski) and Lillian (Carol Kane) are finding new direction in life and career. Kimmy jumps head first into her new job at Giztoob. She’s ready to take on anything, except high heels, which she’s pretty sure were designed by a man, or a very confused lady. By creating a fake TV show, Titus takes his acting career into his own hands. Which, as always, are covered in maple syrup. As a talent agent working her way up, Jacqueline must deal with clients who are divas, troublemakers, and have no valid social security number. All of these clients are Titus. Lillian continues to “disrupt” and “burst the paradigm,” or as it was called in the ’70’s “general dirtbaggery.”

About Unbreakable Kimmy Schmidt:
Created and executive produced by Tina Fey and Robert Carlock, the three-time Emmy-nominated “Unbreakable Kimmy Schmidt” follows Kimmy Schmidt (Ellie Kemper) as she continues to adjust to the 21st century and learn more about who she really is. Joining Kimmy on her journey are her best friend and roommate, Titus Andromedon (Tituss Burgess); her former-employer-turned-friend Jacqueline White (Jane Krakowski); and landlord Lillian Kaushtupper (Carol Kane).