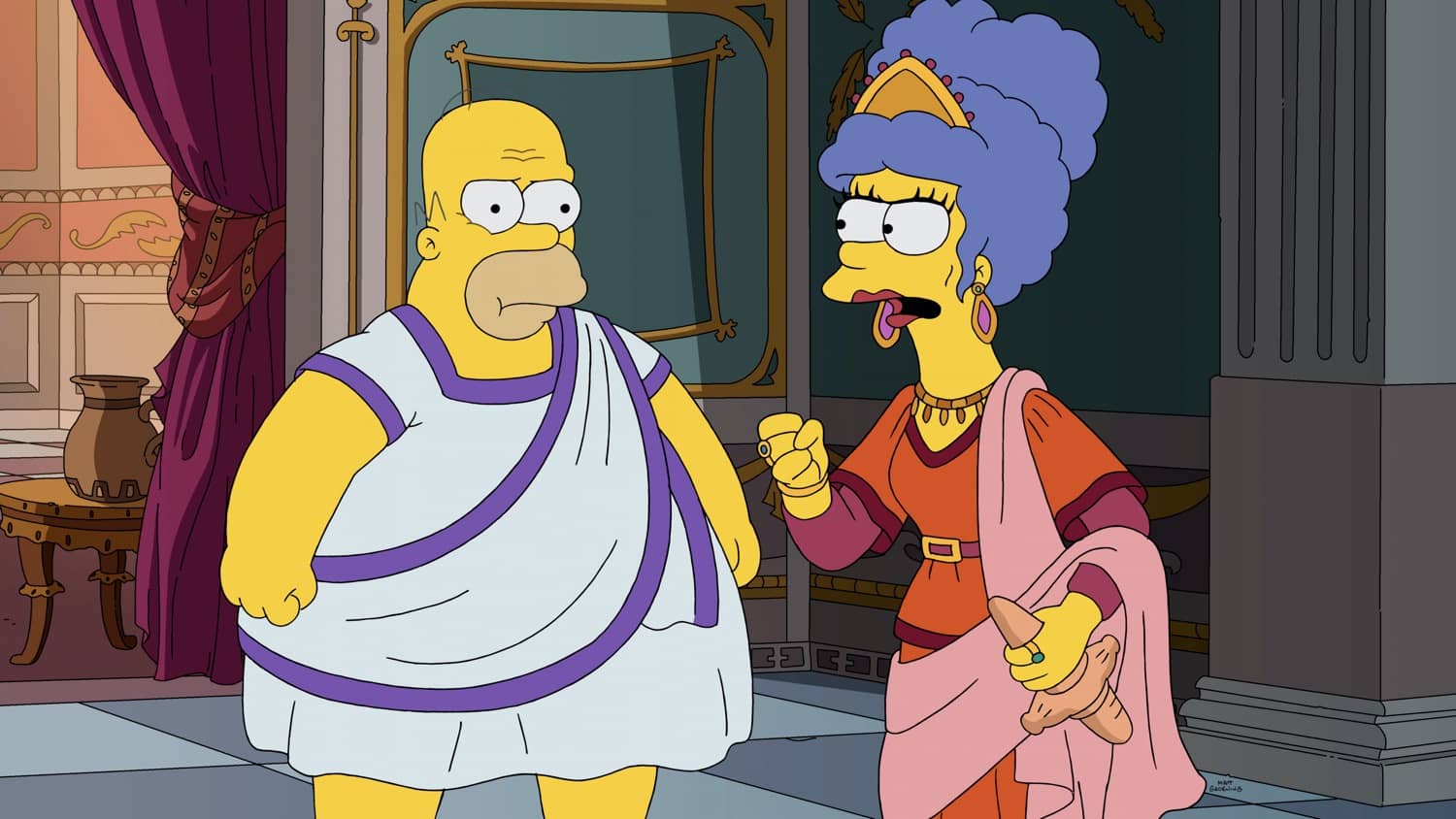 THE SIMPSONS Season 32 Episode 2 Photos I, Carumbus – At a museum exhibit of Ancient Rome, Marge and Homer get into an argument about Homer’s lack of ambition. They then imagine a Roman version of what would happen if Homer was more career-driven in the all-new “I, Carumbus”episode of THE SIMPSONS airing Sunday, Oct. 4 (8:00-8:31 PM ET/PT) on FOX. (SI-3118) (TV-14 D, L, S, V)