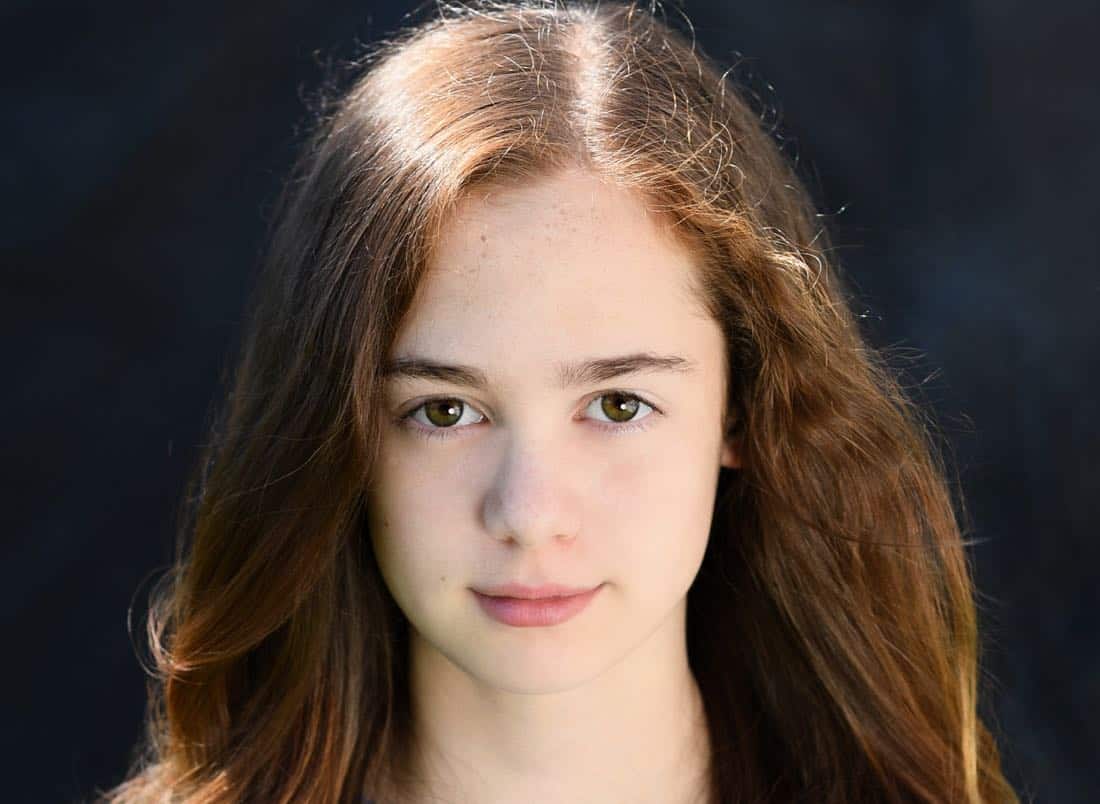 In the new Netflix series THE PUNISHER, Ripley Sobo costars as Leo Lieberman, the daughter of Micro (Ebon Moss-Bachrach), who Frank Castle (Jon Bernthal) befriends and looks out for. Ripley’s portrayal is perfectly nuanced and makes the audience root for Leo as the stakes get higher and higher. In an exclusive interview, Ripley shares a bit about getting to work on the Marvel series and some of the key lessons she has learned as a young actress in Hollywood.

What appealed to you about portraying Leo Lieberman and working on Netflix’s THE PUNISHER?
RIPLEY: I loved bringing this new character to life. She doesn’t exist in the comics. She really connects with Frank [Jon Bernthal]; they need something from each other.

How would you describe who Leo is and how she grows during the first season of THE PUNISHER?
RIPLEY: Leo’s smart, very smart and a tinkerer like her dad, Micro [Ebon Moss-Bachradch]. They are very similar. She acts like a parent and tries to be strong all the time. But inside she’s scared and misses her dad. She worries about everyone. As the season progresses we see her learn to depend on someone else.

What do you most admire most about Leo?
RIPLEY: That she’s a good student. Also that she’s brilliant with fixing things.

What was it like working alongside the talented ensemble on THE PUNISHER?
RIPLEY: It was an incredible opportunity. I am extremely honored to be a part of this cast. I was able to learn something from each of them.

Any favorite scenes that you can share from working on THE PUNISHER?
RIPLEY: The Thanksgiving scene. Watching Jon [Bernthal] act in that scene was emotional, inspiring and I was in awe of what he could do with each take. He never fell out of character. He taught me to do that also. Stay in character as long as you can and become the character.

What was been your favorite part about working on THE PUNISHER?
RIPLEY: The people I worked with. Everyone wardrobe, hair, make-up, sound, the writers, directors the entire crew and the cast! We were a big family. They’d bring their dogs to set and we all really enjoyed being together.

Then, as an actor, what has been the one thing you have taken away from the experience of working on THE PUNISHER?
RIPLEY: Superhero shows are awesome to be a part of!

What has surprised you most about your career so far?
RIPLEY: How much I’ve had the opportunity to do. And definitely how great the fans can be. They are so energetic and supportive.

At this stage of your career, what do you think you have learned from the roles and projects you have worked on?
RIPLEY: My mom has always told us that acting is a privilege. So, I cherish each project I get to be a part of. I don’t take anything for granted.

Then what are the perks of where you are in your career right now?
RIPLEY: Well I guess a perk is that I am able to do what I love and still able to go to a regular school most of the time and be with my friends. Plus, it’s pretty cool to travel and meet awesome people.

Has there been any great advice you have gotten about working as an actor?
RIPLEY: Yes. On the Steve Jobs movie, they needed to cut my hair and Kate [Winslet] told me that an actors job is to bring the director’s vision to life. So, if he pictured me with short hair, then I should have short hair.

What advice would you offer to other upcoming and aspiring actors?
RIPLEY: Don’t give up. Wherever you are, find a place or person that lets you be you. That supports and helps you learn and grow.

At a time when women’s voices are rising to be heard and respected around the country and world, what do you recommend your fans do to lend support in that endeavor?
RIPLEY: Show kindness. I think all good things begin from a moment of kindness. No matter where you live there is something you can do. Maybe just supporting a classmate’s ideas or sitting with someone new at lunch. When people feel connected they are free to do great things.

Do you have any other upcoming projects that you can share that fans should keep an eye out for?
RIPLEY: I do, but I’m sworn to secrecy.

To see Ripley’s amazing performance as Leo Lieberman, Season 1 of THE PUNISHER is now available for binge-watching on Netflix. Then to follow more of Ripley’s blossoming career, you can follow her on Twitter @realripleysobo