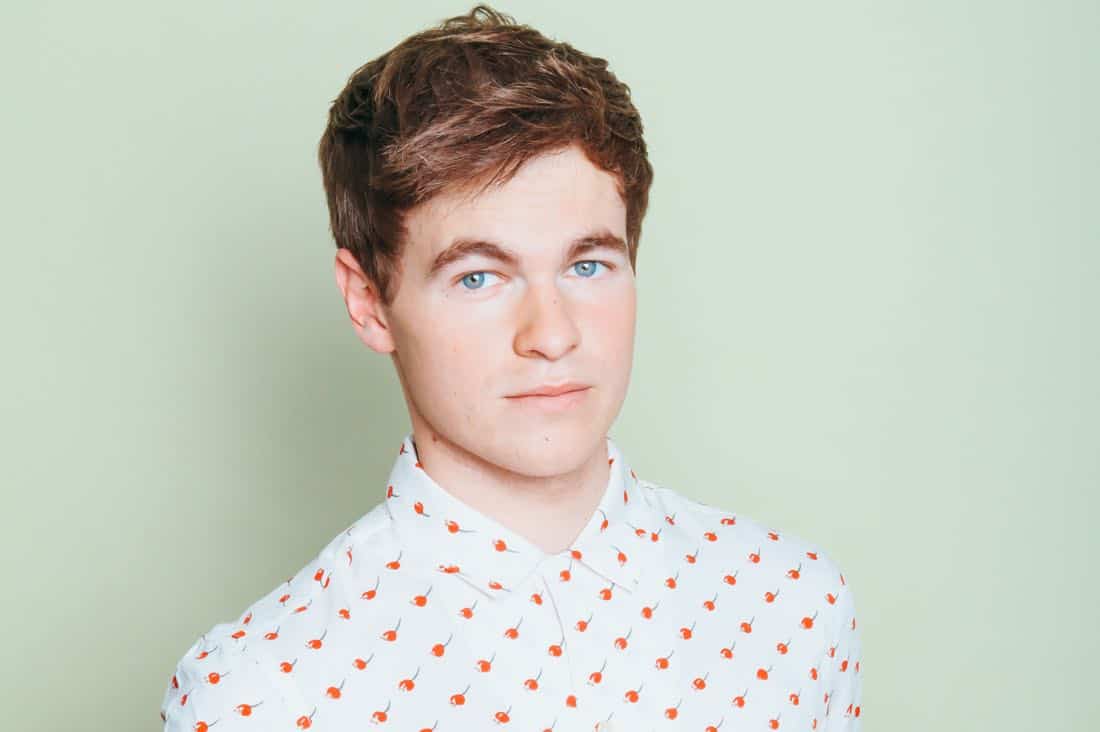 For the past six seasons on MAJOR CRIMES, Graham Patrick Martin has portrayed one of the most nuanced and socially relevant roles as Rusty, the adopted son of Commander Sharon Raydor (Mary McDonnell). Rusty started off as a guest character in THE CLOSER whose storyline became a recurring through-line tying all the characters together and giving them a personal stake in the ongoing pursuit of a serial rapist and killer, who Rusty remains a material witness against. In addition to being a vital witness, Rusty became like family to the entire Major Crimes Division and that allowed the audience to see Rusty grow from a young abused teen into a strong, self-determined man. Graham’s portrayal has been nothing short of exceptional in bringing all the facets of Rusty to screen. In an exclusive interview, Graham talks about the privilege of bringing his character to life in MAJOR CRIMES and how it helped him grow as an actor along the way.

What continues to be the appeal for you about portraying Rusty and working on TNT’s MAJOR CRIMES?
GRAHAM: Rusty’s been with me for so long – he’s in my bones. He’s a part of who I am, and I love it. The continued appeal for working on MC has to be the family aspect. I love the cast and crew. You hear people say this about their respective show’s all the time but we REALLY are a family.

How would you describe who Rusty is at this point in the series and how he has grown as a character?
GRAHAM: Rusty is finally starting to remove the blinders, and take in to account other people’s wants and needs. This is a far cry from his initial introduction where he was in full survival mode- which required a certain level of self-centeredness.

What do you most admire most about Rusty?
GRAHAM: His perseverance. He’s come a long way. He’s been through more adversity than I could ever imagine, or handle. Tough kid.

What was it like working alongside the talented ensemble on “Major Crimes”? Is there anyone you wish you could have shared more scenes with?
GRAHAM: I’m very lucky to have spent so much time working with such experienced actors. I think if there’s one I wish I could have worked more with, that would be Michael Paul Chan. He’s a joy to be around, and a tremendous actor. We had one or two nice moments earlier in the series.

What is your proudest achievement working on MAJOR CRIMES for the past 6 seasons?
GRAHAM: Being able to buy my mom and dad a pool. They’ve always wanted one. And being able to give back to them after all of their support was pretty cool.

Any favorite scenes that you can share from working on MAJOR CRIMES this season?
GRAHAM: I loved working with my friend, Keegan Allen, again. We have a ton of fun going at it. He play’s my boyfriend’s boss who breaks up our relationship.

What has been your favorite part about working on MAJOR CRIMES as a whole over the course of the series?
GRAHAM: Learning. I consider these past six years to me my college years. I watched and learned from seasoned veterans, who were always willing to share their knowledge.

This season explores Rusty getting trained to use a gun for self-protection. What did you find challenging about that?
GRAHAM: I had to learn to take a gun apart, which was not easy. You’ll see in the final cut that the chopped up that scene a lot-in large part because my dismantling of the weapon was not nearly as smooth as Rusty would have been.

It seems that the show is setting up Rusty to have one last showdown with Philip Stroh (Billy Burke). Does Rusty need that in order to close the chapter on Philip Stroh, or could he move on without having that kind of one last face-to-face with him?
GRAHAM: I think Rusty is strong enough to go on with his life with or without confronting Stroh. He made it clear a few seasons ago that he had no intention of letting Stroh control his life.

What has surprised you most about your career so far?
GRAHAM: The direction it has taken. When I started at 12, I thought for sure I’d end up a Disney kid or something. I’ve enjoyed my unconventional path.

At this stage of your career, what do you think you have learned from the roles and projects you have worked on?
GRAHAM: I’ve learned to always honor the writer. My goal is to bring his or her words to life.

Then what are the perks of where you are in your career right now?
GRAHAM: I like the unknown. And now that the show is over, I have no idea what’s in store for me next. I like that.

If there were one previous role you would like to revisit, which would it be and why?
GRAHAM: I guess I wish TWO AND A HALF MEN was still around so I could revisit that role. It was the best gig ever.

Do any of your characters and the situations they find themselves in ever leave a lasting impression on you?
GRAHAM: Sure, playing these characters I get to experience things that I would never ever go through in my own life. Like running away from a serial killer in Griffith Park at 1 in the morning when its 40 degrees outside in December.

Do you find any of your character’s habits manifesting in your own life? Like what?
GRAHAM: Hm. I don’t think so. I leave my characters at work.

Has there been any great advice you have gotten about working as an actor?
GRAHAM: To play. Not to pre-shape the scene, but to let it unfold organically on the day.

What advice would you offer to other upcoming and aspiring actors?
GRAHAM: Make sure you love it. Don’t do it unless you absolutely love it and there is nothing else in the world you could see yourself doing.

Are you actively involved with any charities. Which charity do you work with most? And which would like to see your fans become more involved with and support?
GRAHAM: Sunshine Kids is an amazing organization that gives fun life experiences to kid’s going through cancer treatments. Visit their website, and help send a kid with cancer on the trip of a lifetime!

At a time when sexual abuse and sexual harassment voices are rising to be heard around the country and world, what do you recommend your fans do to lend support in that endeavor?
GRAHAM: Treat people well. That’s all. It’s a very simple way of life that was taught to all of us at a young age. Just treat people well.

Do you have any other upcoming projects that you can share that fans should keep an eye out for?
GRAHAM: It’s all about MAJOR CRIMES right now. Tune in Tuesday’s on TNT!

To see if Rusty has one final showdown with Philip Stroh , be sure to watch the final episodes of MAJOR CRIMES as it wraps up its final season, Tuesday nights at 9:00 p.m. on TNT. Then to see what Graham is up to as his career continues, you can follow Graham on Twitter @grahamPmartin