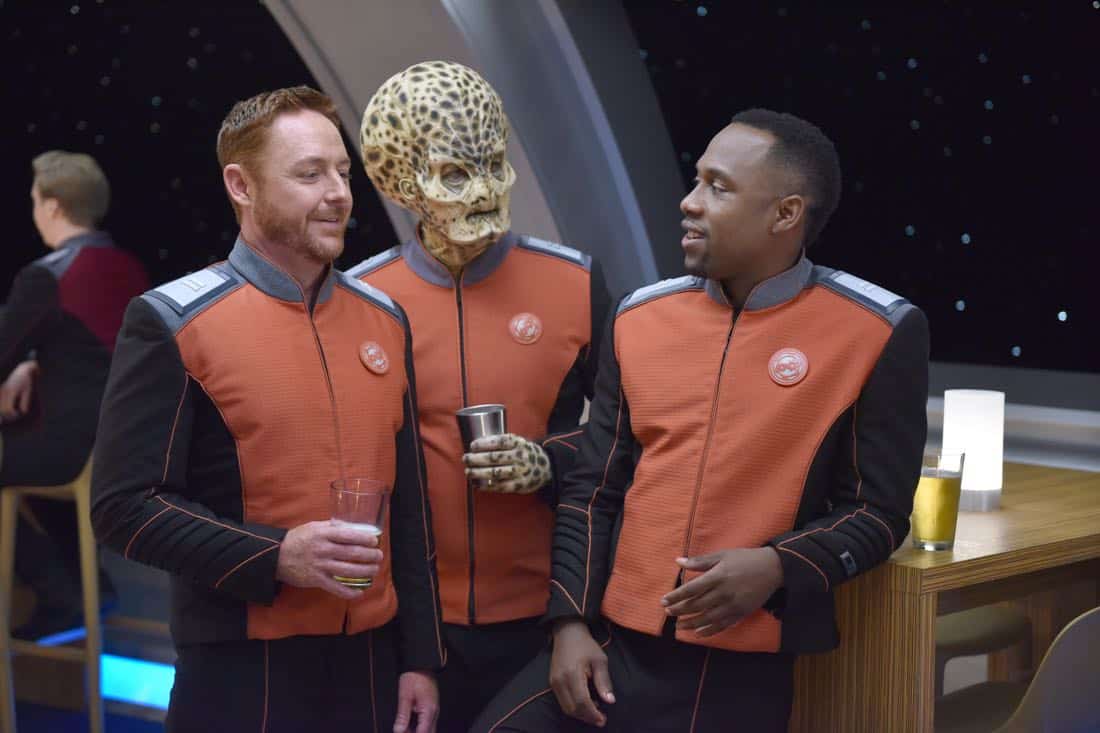 Kelly discovers that Lt. John Lamarr is smarter than he lets on. So, she pushes Ed to consider him for a key leadership position on the ship after The Orville gets damaged by a mysterious spatial anomaly causing harrowing effects to all things living in the all-new “New Dimensions” episode of THE ORVILLE airing Thursday, Nov. 30 (9:01-10:00 PM ET) on FOX. (ORV-111) (TV-14 D, L) THE ORVILLE Season 1 Episode 11 Photos New Dimensions