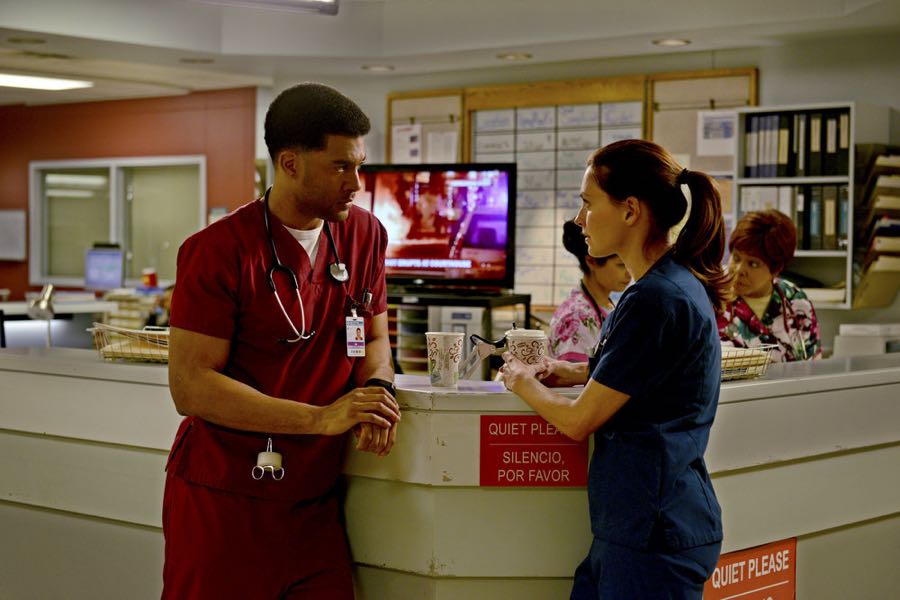 THE NIGHT SHIFT Season 3 Episode 4 Photos Three-Two-One : RACIAL PROTESTS OVER AN IMPENDING JURY VERDICT WREAK HAVOC FOR THE NIGHT SHIFT AT SAN ANTONIO MEMORIAL – As the city erupts in violence over an impending jury verdict, the night shift becomes ground zero when they have to take in the man suspected of the racially-motivated shooting at the source of the unrest. His presence in the emergency room sparks sharp conversation and disagreements among the staff over the highly-charged topic and even close friends Kenny (JR Lemon) and Paul (Robert Bailey Jr.) find themselves at odds. Topher (Ken Leung) does his best to control the mounting chaos in the ER while out in the field, TC (Eoin Macken) makes a decision as to which of two patients to bring in, leaving Paul and Scott (Scott Wolf) to question TC’s motives. Jill Flint, Brendan Fehr and Tanaya Beatty also star.