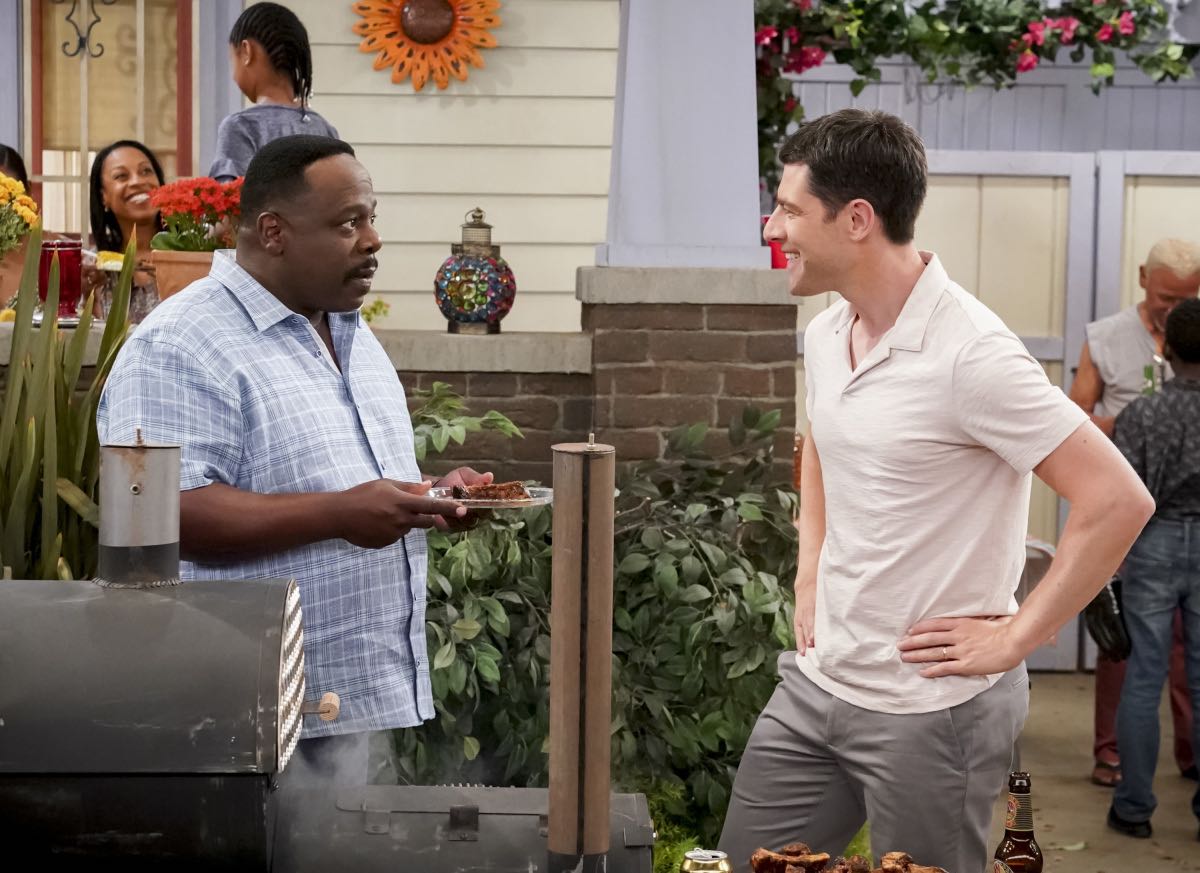 THE NEIGHBORHOOD Season 2 Episode 1 Photos Welcome To The Re-Rack – “Welcome to the Re-Rack” – One year after the Johnsons moved next door to the Butlers, Dave is eager to take on a bigger role in Calvin’s annual Yardecue and prove how much a part of the community he’s become. But Calvin’s reaction makes it clear that, while the relationship between the two families has grown, the friendship between Calvin and Dave still has a way to go, on the second season premiere of THE NEIGHBORHOOD, Monday, Sept. 23 (8:00-8:30 PM, ET/PT) on the CBS Television Network.

The Neighborhood stars Cedric the Entertainer in a comedy about what happens when the friendliest guy in the Midwest moves his family to a neighborhood in Los Angeles where not everyone looks like him or appreciates his extreme neighborliness. Dave Johnson is a good-natured, professional conflict negotiator. When his wife, Gemma, gets a job as a school principal in L.A., they move from Michigan with their young son, Grover, unfazed that their new dream home is located in a community quite different from their small town. Their opinionated next-door neighbor, Calvin Butler, is wary of the newcomers, certain that the Johnsons will disrupt the culture on the block. However, Calvin’s gracious wife, Tina, rolls out the welcome wagon; their chipper younger son, Marty, thinks the Johnsons could be good for the community; and their unemployed older son, Malcolm, finds Dave may finally be someone who understands him. Dave realizes that fitting into their new community is more complex than he expected, but if he can find a way to connect with Calvin, they have an excellent chance of making their new neighborhood their home.