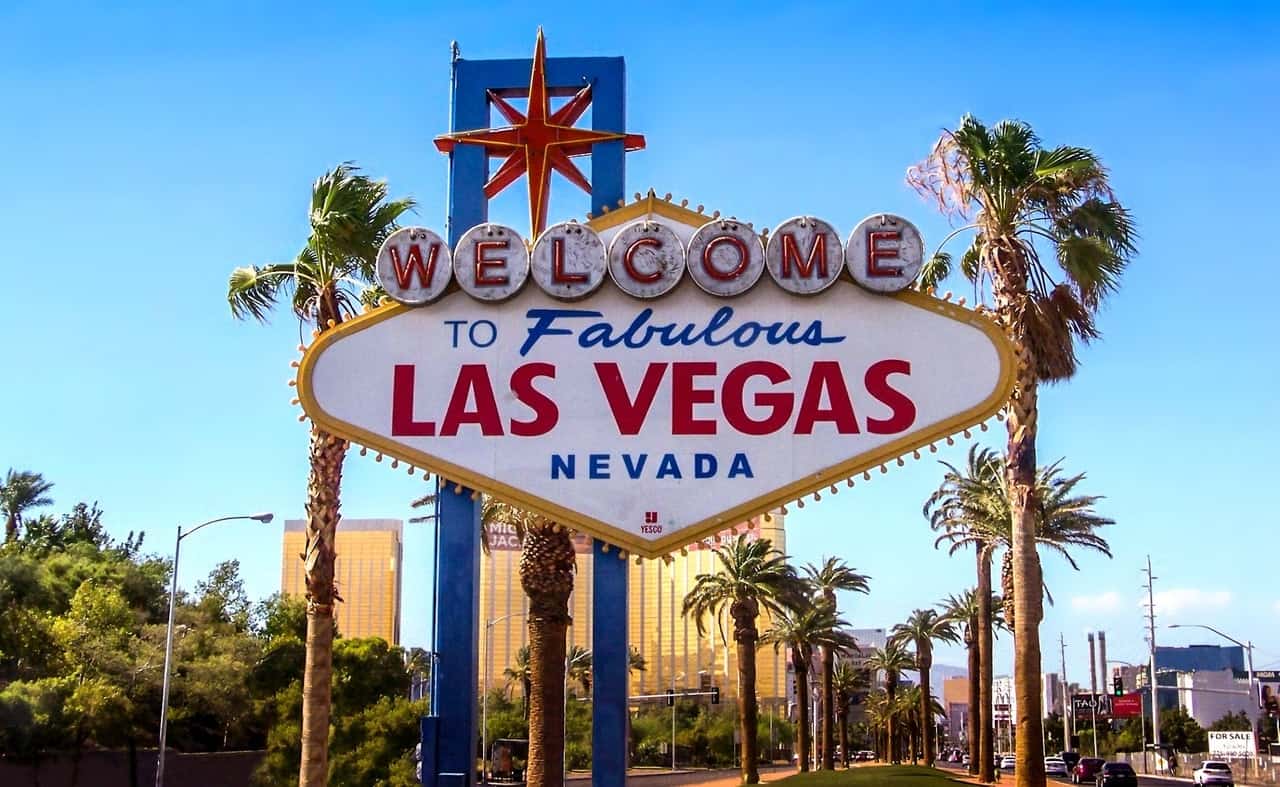 Las Vegas may be unlike New York, London, and Paris in most respects, but there’s one where it most definitely holds its own against the heavyweight cities of the world: movies. Sin City is a real-world playground that delights and excites visitors, so it’s little wonder that filmmakers have turned to the sparkling lights of the strip when they’re looking for a city that instantly sets the scene.

In this blog, we’ll run through some of the most iconic Las Vegas movies. What you’ll notice about the list is that the movies span a range of genres, yet they all have one thing in common: they’re exciting. Because really, how could you make a Las Vegas movie that’s dull?

Is there a movie that encapsulates the style and swagger of Las Vegas more than Ocean’s Eleven? The all-star cast oozes charm and fun energy in a heist romp that many consider one of the best gambling movies of all time. A remake of the 1960 original starring the Rat Pack, director Steven Soderbergh brought new life to the movie, which looks like it was just as much fun to film as it is to watch.

The movie was so successful that they decided to make three more. All of them are good, but it’s the original (well, the remake of the original) that stands out the most. Even twenty years after its release, it packs a powerful punch.

There had been movies kind of like The Hangover before its release in 2009, but none have as many laugh out loud and iconic moments. This is the side of Las Vegas that groups dream of. It’s fun, it’s funny, it’s memorable — or in some cases, not memorable.

It was an instant classic that helped to boost tourism in Las Vegas, and, as with Ocean’s Eleven, sequels were made. The Hangover Parts 2 and 3 never hit the heights of the first. The third movie did see the gang return to Vegas, but it wasn’t the same. Verdict: Stick to the first one.

Most Las Vegas movies show the experience of visitors to Las Vegas. Martin Scorsese’s Casino takes another route: it shows the inner workings of the city, albeit one that has been crafted with a lot of creative licence. You know you’re in for a good ride when you have Scorsese movie, particularly if De Niro, and Joe Pesci are involved. And that’s precisely what you get.

It’s hard to pinpoint one standout moment of the movie because there are so many. If there’s a downside, it’s that it might make viewers slightly less willing to travel to Sin City. But if you can get past the violence in the movie, you’ll see gorgeous cinematography and a swanky side of life that’ll certainly capture the imagination.

Fear And Loathing In Las Vegas

Las Vegas movies tend to show a highly glitzy and glamorous side of the city. Fear and Loathing in Las Vegas does something different. Based on the Hunter S Thompson novel, the movie sees Johnny Depp and Benicio Del Toro go on a thrilling and somewhat anxiety-inducing trip through Sin City.

You’ll be happy enough to live the experience of Raoul Duke and his sidekick attorney Dr. Gonzo through the screen rather than replicate it yourself. One thing’s for sure: you won’t have seen a movie like this before, and that’s a testament to the directing skills of Terry Gilliam, who made sure to avoid even a single Vegas cliche.

That’s a heavy hand of brilliant Vegas movies, and all of them are very different. Of course, Vegas is the perfect setting for filmmakers, so don’t be surprised if there’s another standout Sin City movie soon!