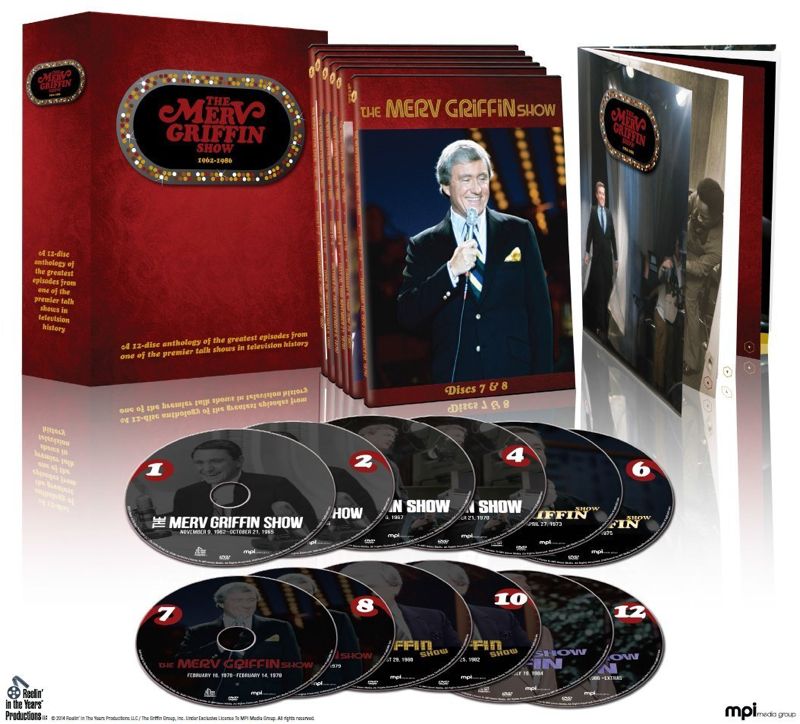 Seat42f and MPI Home Video and Reelin’ in the Years Productions have teamed up to give TWO lucky winners a copy of THE MERV GRIFFIN SHOW – 1962-1986 on DVD. For a chance to win leave a comment below telling us why you want to add THE MERV GRIFFIN SHOW to your DVD collection. Only one entry per person. Contest ends November 18th. Winners will be notified on November 19th via email so make sure to use a valid email address when you post your comment.

On the Mount Rushmore of great American talk-show hosts there’s the smiling face of Merv Griffin, the big band singer who became one of the most beloved TV personalities of his time, thanks to his long-running, 10-time Emmy-winning talk show. Now, in an unprecedented retrospective covering 24 years of provocative interviews, laughs, music and more, MPI Home Video and Reelin’ in the Years Productions will release THE MERV GRIFFIN SHOW – 1962-1986 on November 4, 2014. The 12-disc collection, containing 44 classic episodes and a wealth of bonus material, will have an SRP of $129.98.

Merv Griffin (1925-2007) was a great American success story, a man who simply loved to entertain, either as a singer, actor or game-show host and creator (he gave us Jeopardy! and Wheel of Fortune). But his most high-profile endeavor was his talk show – though to call it a “talk show” diminishes the full scope of this nightly hour of enlightening discussions with leading and sometimes controversial figures of the day. In the era of Jack Paar, Steve Allen and Johnny Carson, THE MERV GRIFFIN SHOW stood apart for its one-of-a-kind mix of light entertainment and probing analysis of issues of the times. A typical show might have Merv cracking up over the wacky love life of Zsa Zsa Gabor and then analyzing the Vietnam War with philosopher Bertrand Russell.

THE MERV GRIFFIN SHOW – 1962-1986 gathers a priceless array of such unforgettable television moments. Over its 42 hours, viewers will be entertained by the likes of Lucille Ball, the Everly Brothers, Willie Mays and Aretha Franklin; enlightened by Salvador Dali, Dennis Hopper and Maya Angelou; and stirred to action by Rosa Parks, Robert F. Kennedy and Martin Luther King Jr. Among the Hollywood legends interviewed by Griffin in this collection are John Wayne, Bette Davis, Ingrid Bergman, Warren Beatty, Jayne Mansfield (seen with her two-and-a-half-year-old daughter Mariska Hargitay) and more.

Among the collection’s many great musical moments is a tribute to Stax Records, 17-year-old Stevie Wonder singing “I Was Made to Love Her,” Merle Haggard performing at San Quentin prison and 19-year-old Whitney Houston in her TV debut. Also included is the final interview with Orson Welles – the great man died just a few hours after taping the show.

Bonus material in this invaluable set includes segments seven hours of interviews with such wide-ranging figures as Norman Rockwell, Danny Kaye, Adam West and Burt Ward of Batman, James Michener, Muhammad Ali and many more. Other extras include a newly recorded tribute to Merv Griffin by Jay Leno, vintage promo trailers, and a 52-page booklet with extensive notes, rare photos, memorabilia and a foreword by Dick Cavett. 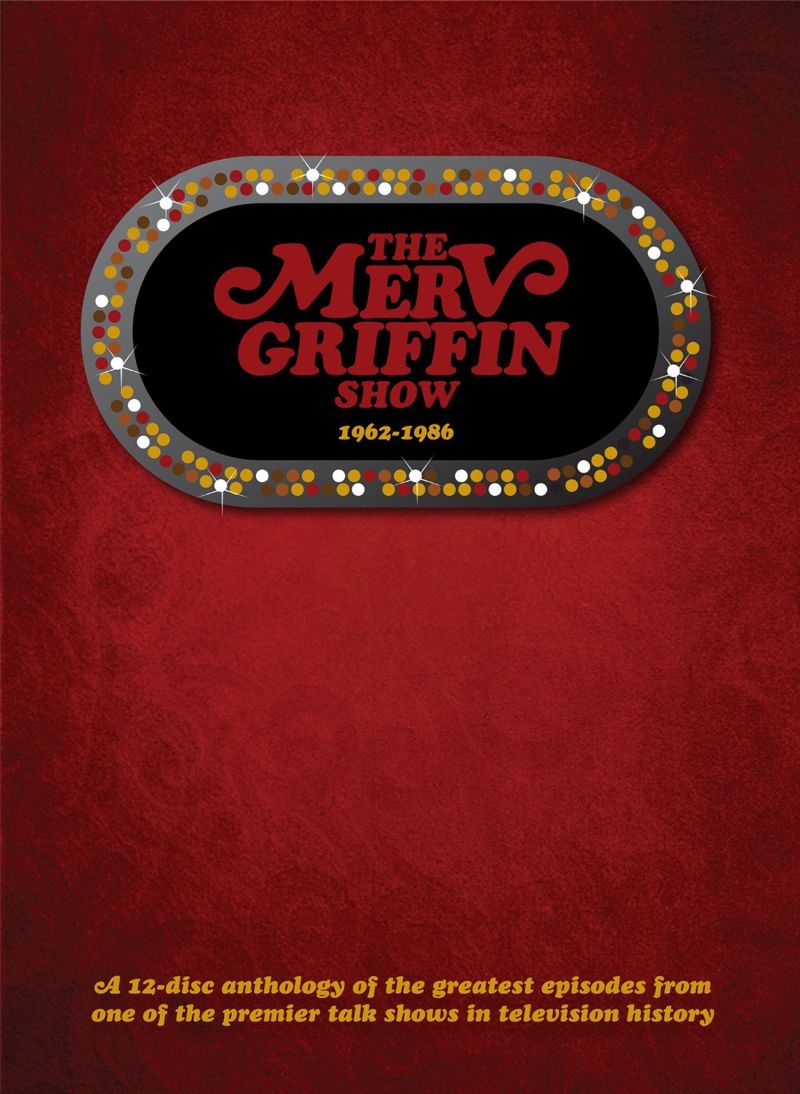