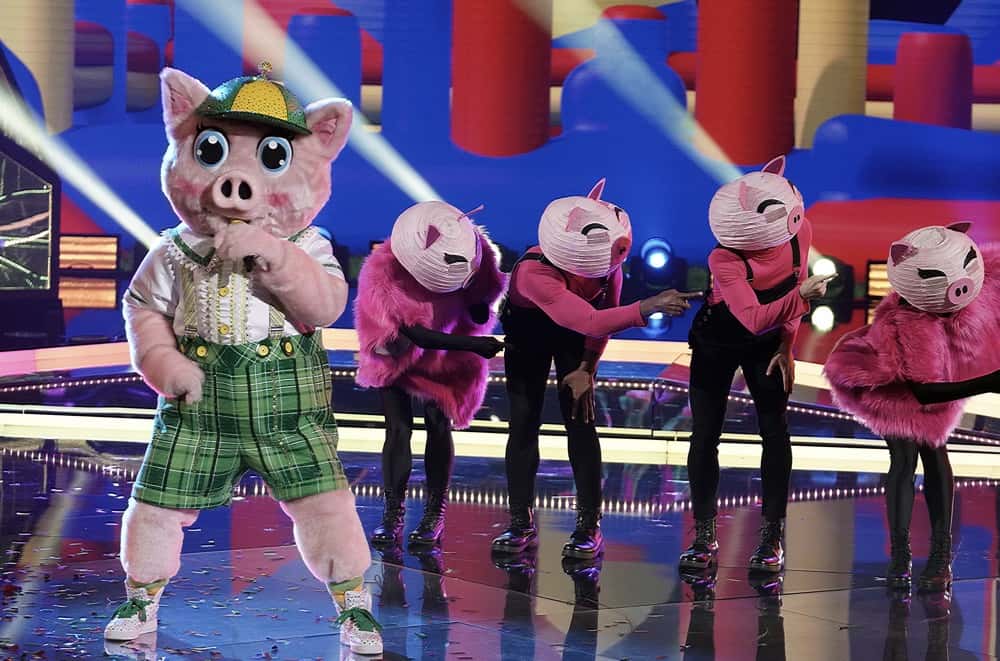 Rita Wilson joins the panel as a guest star, and in this clip, we finally see Cluedle-Doo on the stage for the first time ever! Up to this point in the season, he has only been seen via video so we’re excited for fans to really start guessing who they think it is. You’ll also see that he brings another clue to the table when he disrupts the show. Cluedle Doo is a mysterious masked celebrity who is not competing in the show, but is the ultimate clue-meister, giving special clues to the audience and messing with the panel.