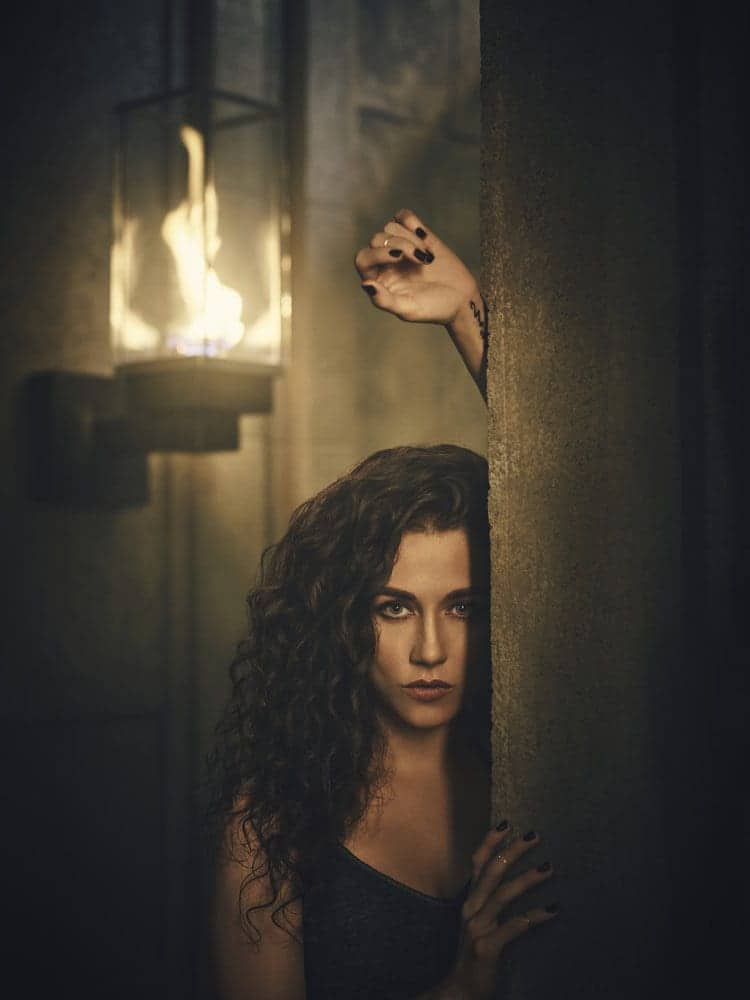 How far the characters of Syfy’s THE MAGICIANS have come. They began their long, arduous journey of self-discovery and acquiring the magical skills and tools they would need to not only navigate life, but also to potentially save an entire magical realm of Fillory from extinction.  In Season 2, things do not get any easier or less conflicted, in fact, the heightened danger only exacerbates and expands.  To find out a bit more about Kady’s personal journey and struggles she confronts, we had the opportunity to talk with star Jade Tailor, who revealed what is happening in Season 2.

Like most of the characters, your character Kady had a hell of a journey for Season 1. She found herself in some bad, bad situations. How did it feel for you as an actor to kind of take that dark journey? Are you kind of hoping it might take a lighter tone or have you really enjoy that kind of darker story?
JADE: Yes, she did. I really do enjoy because it’s different.  She’s very different from who I am and, for me, that’s what is fun about playing these characters because you’re creating something that is so outside of yourself. She has so many layers and so much depth to her. For me, it’s really fun to find those intricacies and the dark and the light and the light within the dark and all of that. I think that’s what makes Kady, for me, so fun and interesting is that she is dark but she does have a heart underneath all that and there is light to her in spite of all the darkness she has experienced. I guess in that I do relate to her in a lot of ways. And, for me, I always see the good in the darkness as well.

Kady had a kind of interesting role. She was the one that was keeping the secrets.  She had a duplicity to her because she was trying to do a couple of things that nobody seemed to be aware of. She didn’t want them to know.  And then it kind of freaked her out and she was like, “Okay, this is it. I’m checking out of this situation.”  And then, unfortunately, it got her in another really bad situation.
JADE:  Yeah, absolutely.

So are we going to be seeing her as kind of the keeper of the secrets in Season 2 or is she kind of, “No, I’m going to put my cards on the table and kind of work with people more”?  Or is she just like, “Hell no, I’m not getting anywhere near these people”?
JADE:  I think in Season 1, the reason why she was doing it is because she really wanted to protect her mother. Now that that’s not a factor, she’s lost her mother. I think, I don’t think that serves her at this time. I think she really feels this need to redeem herself in regards to leaving Julia (Stella Maeve) in the place that she was in and witnessing all of that. So I think there is sort of this sense, I don’t think she needs to hide anything or keep secrets but I do think she’s still protects herself and doesn’t share everything, her whole heart with people, because that’s not who she is. She puts up these walls and defense mechanisms continually. But I think we definitely get to explore her working together with some other characters in this season which is really fun for me to play with.

Is she going to rekindle her romance with Penny (Arjun Gupta)?
JADE: Rekindle, I don’t know if that’s the right word necessarily. But they do meet up again. Meet, briefly meet up and it’s really interesting to see what that entails and the layers that come with that relationship and the depths to it.  So for me, I’m not sure because we’re only on episode 8, so I’m not sure sort of where it’s going to go but there definitely a lot of layers to that relationship that have yet to be explored so I’m excited for the audience to see it and I’m excited to be immersed in it my self.

Which villain is she consider like the biggest threat Reynard (Mackenzie Astin) or the Beast (Charles Mesure)?
JADE:  I would say in Kady’s world, it’s Reynard.  Because of what she’s seen, what she’s witnessed, and the fact that she feels remorse for what Julia experienced, and he is the one that caused it.  So for her, it’s definitely Reynard.

To see if Kady and Team Brakebills can successfully stop both the Beast and Reynard from their hell-bent paths of terror and destruction, be sure to tune in for the premiere of THE MAGICIANS on Wednesday, January 25th on Syfy.