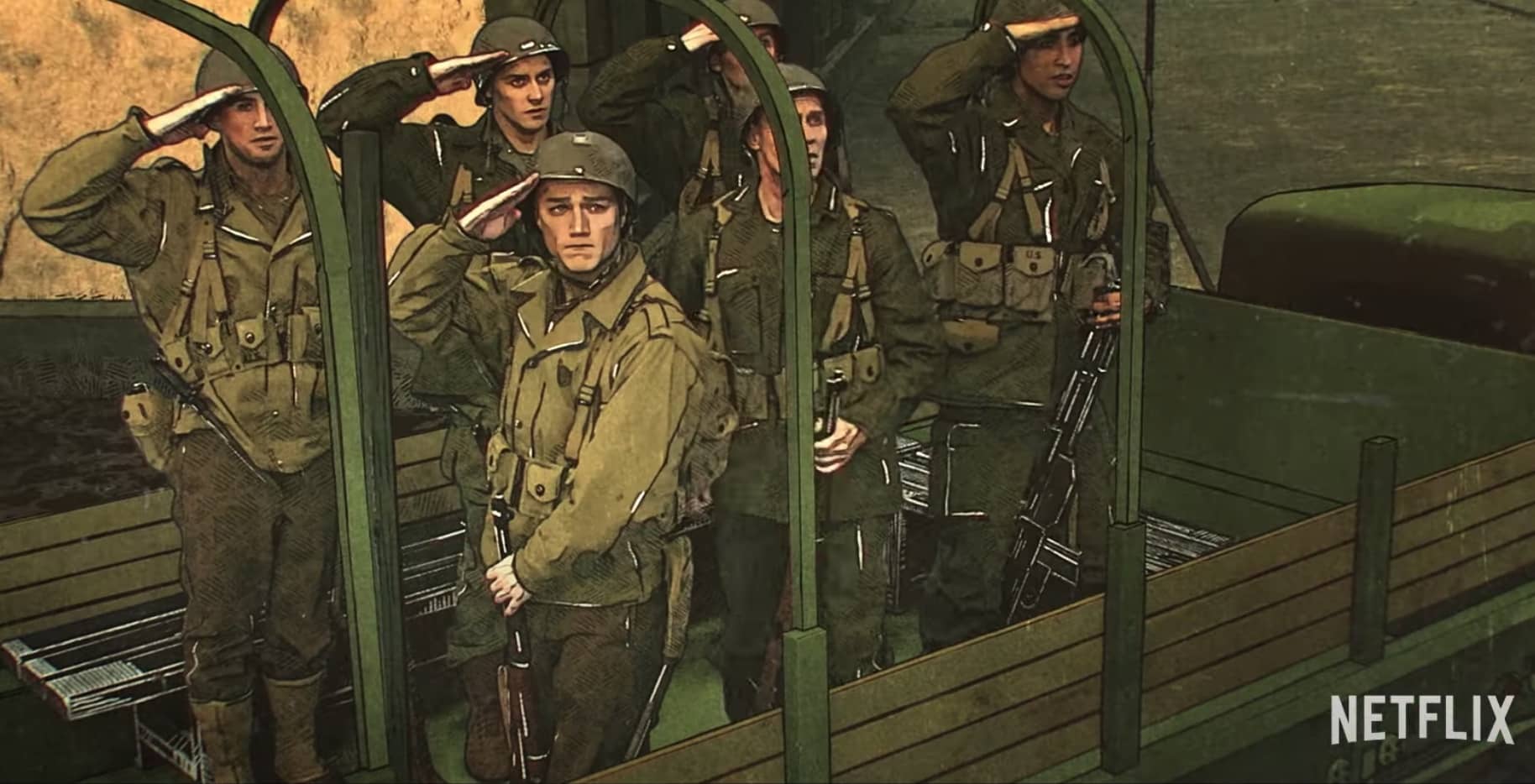 The World War II drama series The Liberator, tells the riveting true story of the bloodiest and most dramatic march to victory of the Second World War: the battlefield odyssey of maverick U.S. Army officer Felix Sparks and his infantry unit as they fought for over five hundred days to liberate Europe. Based on the book “The Liberator: One World War II Soldier’s 500-Day Odyssey” by Alex Kershaw, the series was created by Jeb Stuart (Die Hard, The Fugitive).

The four-part series will be the first ever produced in Trioscope™ Enhanced Hybrid Animation, a new patent-pending technology combining state-of-the-art CGI with live-action performance, bringing an unprecedented level of emotion and fidelity to the animated drama experience. Grzegorz Jonkajtys developed the Trioscope™ technology together with School of Humans’ L.C. Crowley.