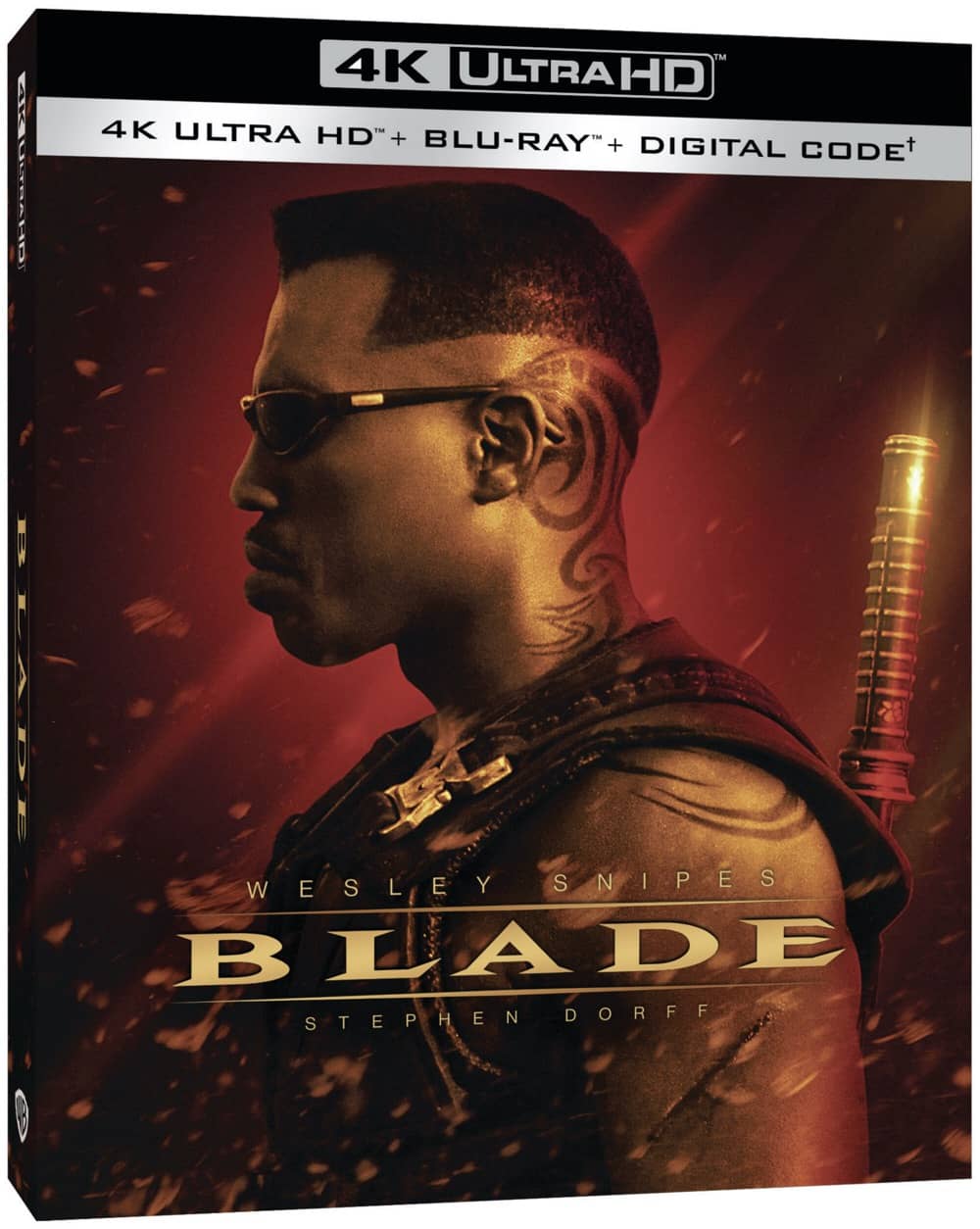 Blade was produced by Peter Frankfurt, Wesley Snipes, and Robert Engelman, and is based on the Marvel “Blade” created by Marv Wolfman and Gene Colan.

SYNOPSIS
Wesley Snipes stars as Marvel’s iconic half-vampire, half-human vampire hunter, Blade. With all the strengths of a vampire, and none of their weaknesses, the Day Walker uses his incredible gifts to hunt his enemies in his search for the one that killed his mother and turned him into the monster he is. Blade’s fight leads him to Deacon Frost (Stephen Dorff), a rising force in the vampire world, set on raising a vampire God bent on destroying mankind.

On December 1st, Blade 4K UHD will be available to own for streaming and download to watch anywhere in high definition and standard definition on favorite devices from select digital retailers including GooglePlay, Vudu, Xbox and others, and will be made available digitally on Video On Demand services from cable and satellite providers, and on select gaming consoles.