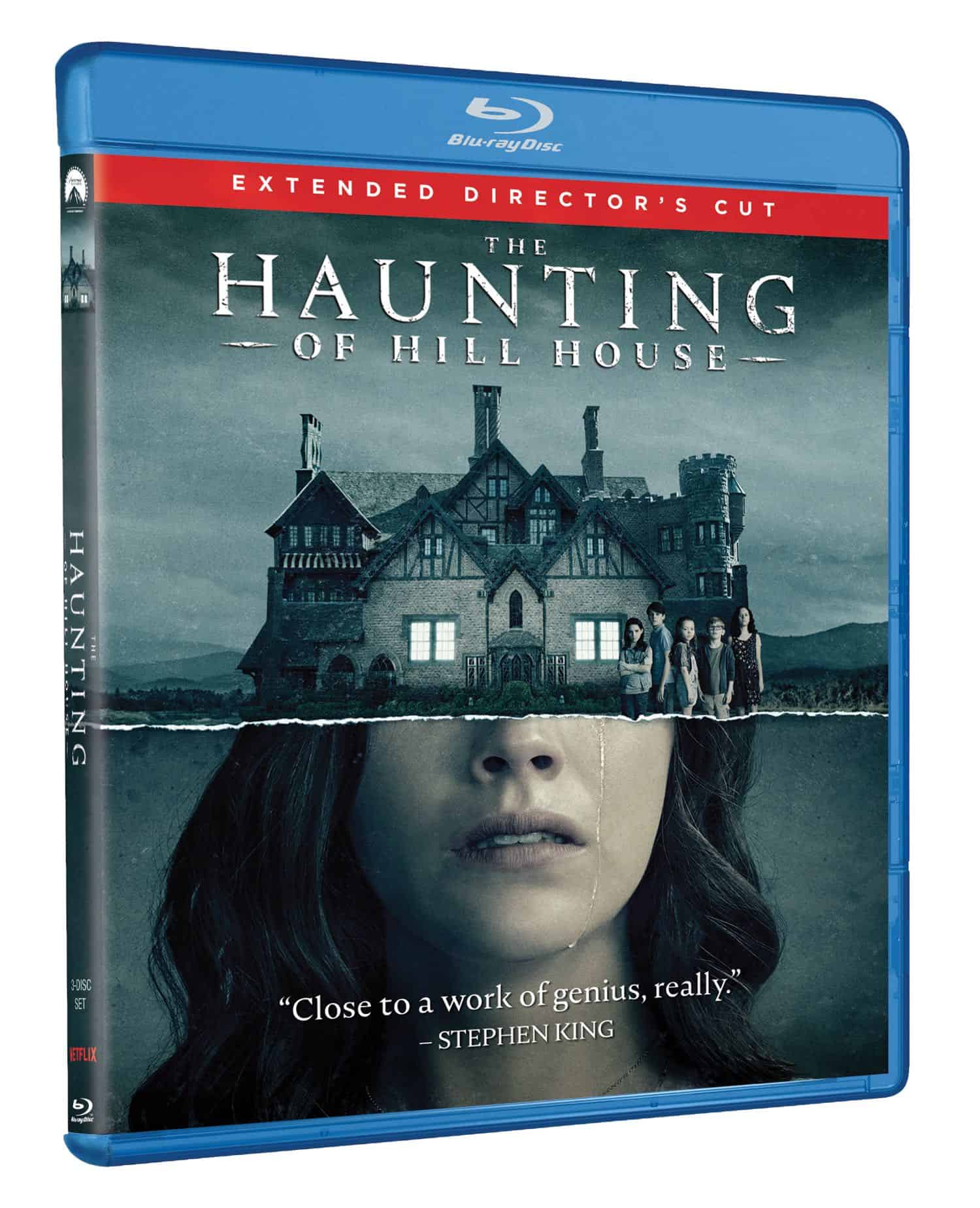 Seat42F and Paramount Home Media have teamed up to give two lucky winners a copy of THE HAUNTING OF HILL HOUSE on Blu-ray.  For a chance to win send an email to contest@seat42f.com and tell us your favorite Netflix TV series. Only one entry per person. Contest ends October 22nd. Winners will be notified on October 23rd via email.

Hailed as “one of the best TV shows of 2018” (RogerEbert.com) and “absolutely terrifying” (Rolling Stone), “THE HAUNTING OF HILL HOUSE” arrives on Blu-ray and DVD October 15, 2019 from Paramount Home Entertainment.

Certified Fresh with a 92% rating on Rotten Tomatoes and nominated for six Saturn Awards, including Best Streaming Horror & Thriller Series, “THE HAUNTING OF HILL HOUSE” has been renewed by Netflix as an anthology series, telling a new story each season.

“THE HAUNTING OF HILL HOUSE” 3-Disc Blu-ray and 4-Disc DVD sets feature all 10 episodes from the acclaimed first season, including, for the first time, three Extended Director’s Cut episodes with never-before-seen content. The Blu-ray and DVD also include exclusive commentary by creator and director Mike Flanagan on four episodes.

“THE HAUNTING OF HILL HOUSE” is the critically acclaimed, modern reimagining of Shirley Jackson’s legendary novel about five siblings who grew up in the most famous haunted house in America. Now adults, they’re reunited by the suicide of their youngest sister, which forces them to finally confront the ghosts of their pasts… some of which lurk in their minds… and some of which may really be lurking in the shadows of the iconic Hill House.

“THE HAUNTING OF HILL HOUSE” is an Amblin Television, FlanaganFilm and Paramount Television production.