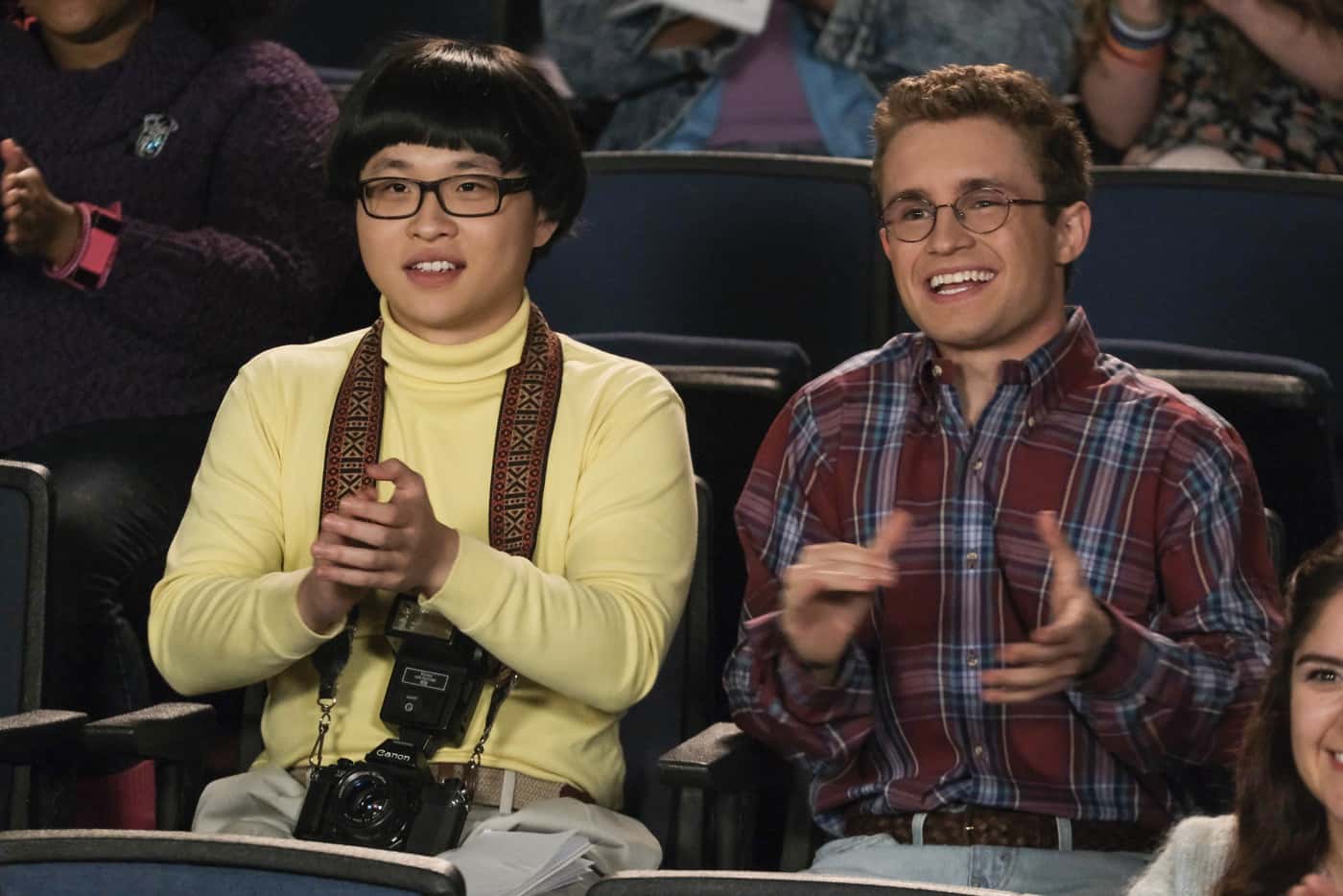 THE GOLDBERGS Season 8 Episode 17 Photos Who’s Afraid Of Brea Bee? – After realizing there may be trouble in lovers’ paradise for Erica and Geoff, Beverly involves herself in their relationship as well as Barry and Joanne’s to make sure everyone stays together. Meanwhile, Adam and Brea are cast opposite of each other in the school play, but their excitement for one another’s success grows dim when one starts to outshine the other onstage on a new episode of “The Goldbergs,” WEDNESDAY, APRIL 14(8:00-8:30 p.m. EDT), on ABC. (TV-PG, L) Episodes can also be viewed the next day on demand and on Hulu. s08e17 8×17 8.17 s8e17

“Who’s Afraid of Brea Bee?” was written by Peter Dirksen and Jonathan Howard, and directed by Lew Schneider.