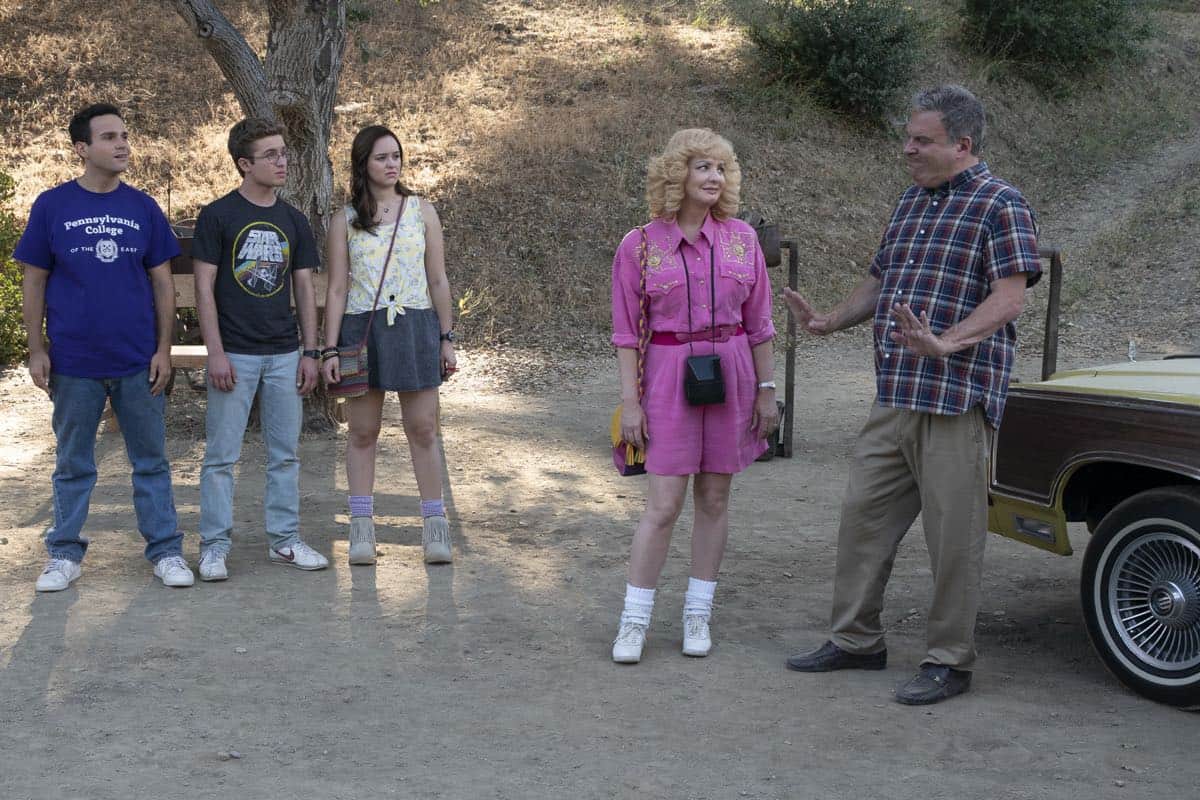 THE GOLDBERGS Season 7 Episode 1 Photos Vacation – “Vacation” – Before Erica and Barry go off to college, Beverly insists the family take a road trip to go on vacation to Disneyland in Anaheim, California. But like the film, things do not go as planned as they travel across the country. Meanwhile, Erica worries more and more about her relationship with Geoff when he teases “we need to talk” and won’t tell her anything until the family returns from their adventure on the seventh season premiere of “The Goldbergs,” WEDNESDAY, SEPT. 25 (8:00–8:30 p.m. EDT), on ABC. Episodes can also be viewed the next day on ABC.com, the ABC app and Hulu.

“Vacation” was written by Alex Barnow and Chris Bishop, and directed by Lew Schneider.