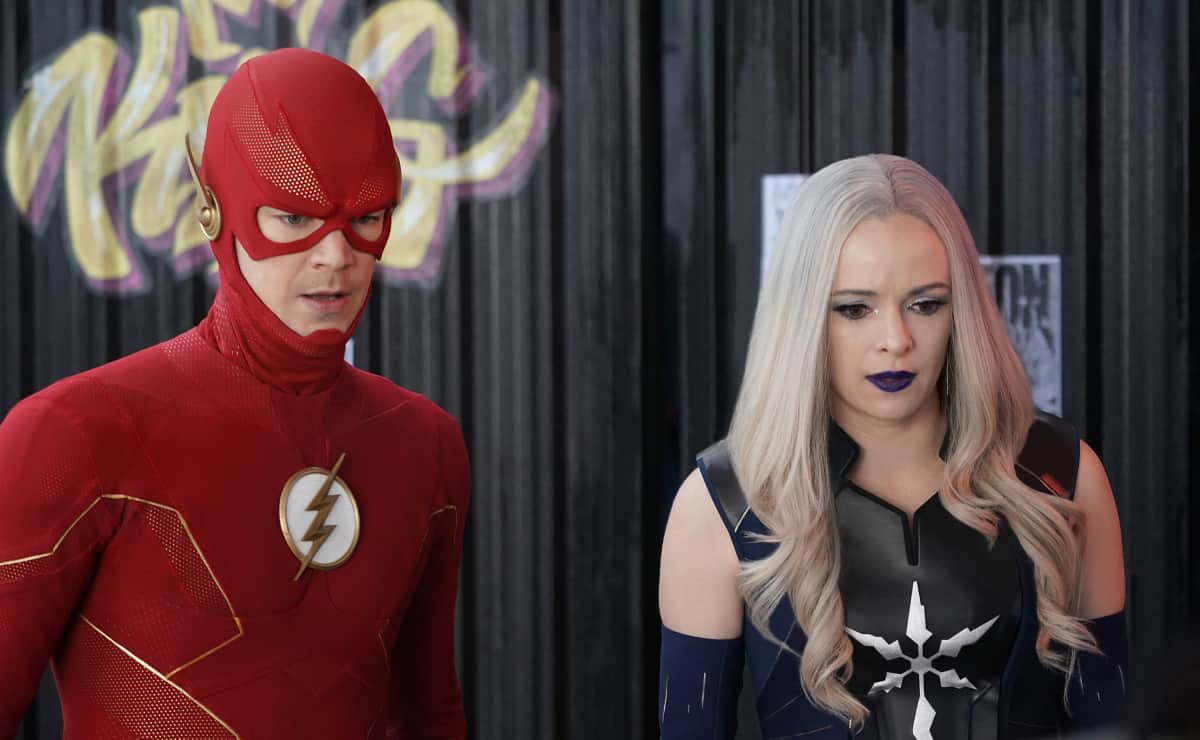 THE FLASH Season 8 Episode 8 Photos The Fire Next Time – AN INVESTIGATION GETS HEATED – Barry (Grant Gustin) trusts his instincts during a murder investigation, believing the suspect, despite the overwhelming evidence against him, meanwhile Iris (Candice Patton) gives Allegra (Kayla Compton) an opportunity to be a mentor. The series also stars Jesse L. Martin, Danielle Panabaker, Danielle Nicolet and Brandon McKnight. David McWhirter directed the episode written by Joshua V. Gilbert (#808). Original airdate 3/23/2022. Every episode of THE FLASH will be available to stream on The CW App and CWTV.com the day after broadcast for free and without a subscription, log-in or authentication required. s08e08 8×08 8.08 s8e8