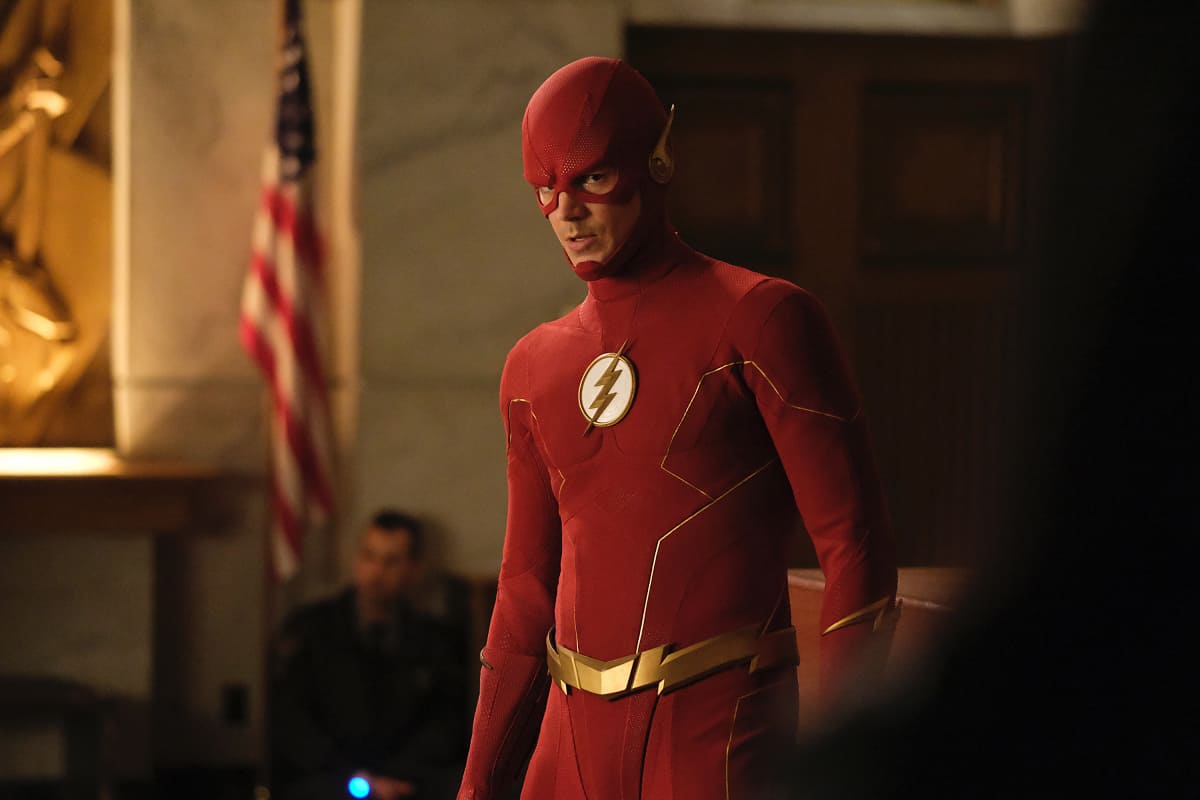 THE FLASH Season 8 Episode 7 Photos Lockdown – SIT TIGHT–When a criminal invades the CCPD, Barry (Grant Gustin) and Kramer (guest star Carmen Moore) must trust and rely on each other if they are going to make it out safely. Meanwhile, Caitlin (Danielle Panabaker) learns a valuable lesson while out with Snow and Mark (guest star Jon Cor). s08e07 8×07 8.07 s8e7

The series also stars Jesse L. Martin, Candice Patton, Danielle Nicolet, Kayla Compton and Brandon McKnight. Stefan Pleszczynski directed the episode written by Christina M. Walker (#807). Original airdate 3/16/2022. Every episode of THE FLASH will be available to stream on The CW App and CWTV.com the day after broadcast for free and without a subscription, log-in or authentication required.