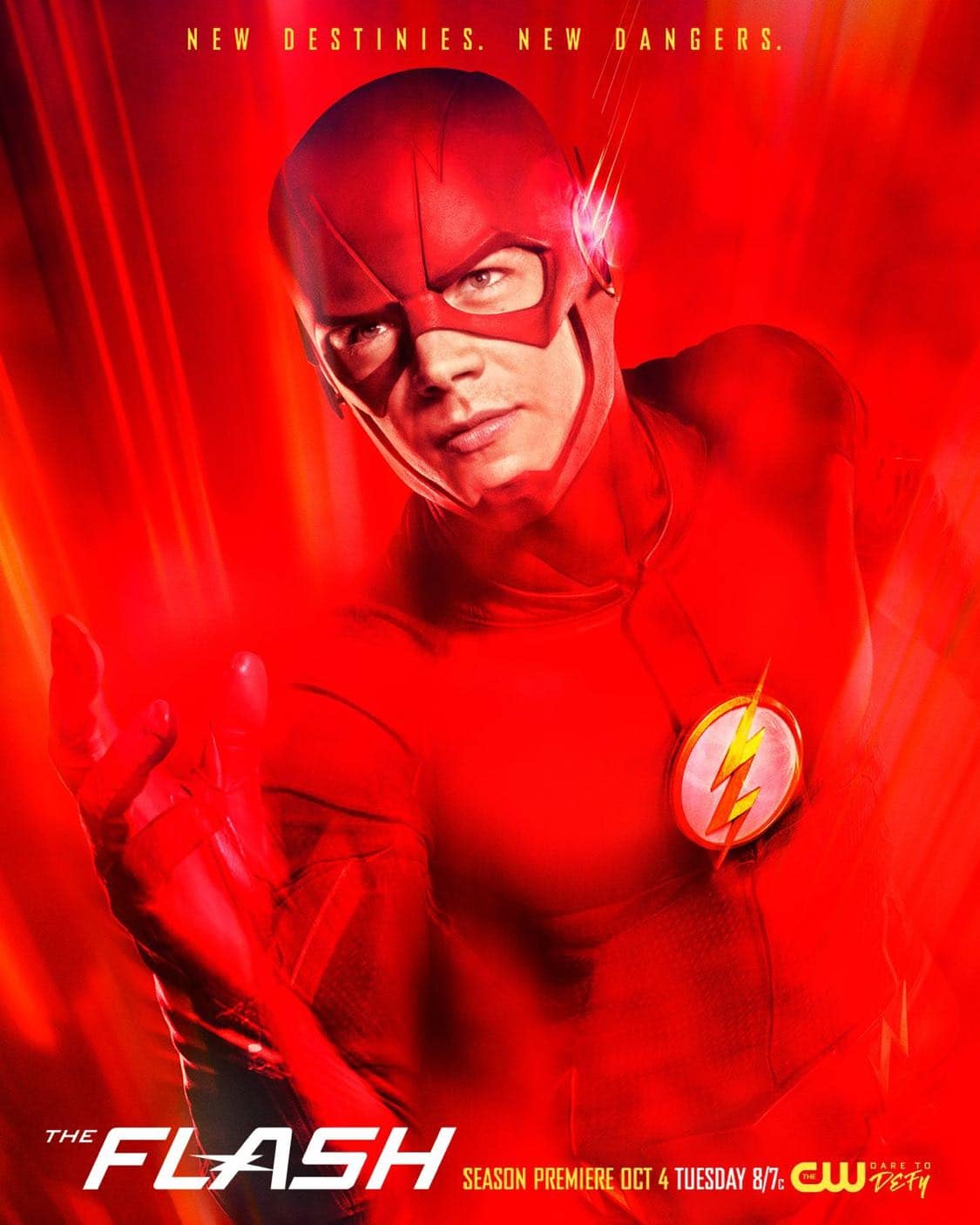 Until recently, 25 year-old Barry Allen (Grant Gustin) lived a normal life as a perpetually tardy C.S.I. in the Central City Police department.  He was secretly in love with his best friend, Iris West (Candice Patton), daughter of Barry’s surrogate father, Detective Joe West (Jesse L. Martin).  Joe adopted Barry fourteen years ago after Barry’s mother was murdered and Barry’s father, Henry Allen, received a life sentence for the crime – though Barry always maintained that a mysterious “Man in Yellow” was responsible.  Then the S.T.A.R. Labs Particle Accelerator exploded, creating a dark matter lightning storm that struck Barry, bestowing him with super-speed and making him the fastest man alive.  But Barry wasn’t the only person who was given extraordinary abilities that night.  The dark matter also created meta-humans, many of whom have wreaked havoc with their powers on the city.  With the help of his new scientist friends at S.T.A.R Labs, Caitlin Snow (Danielle Panabaker), Cisco Ramon (Carlos Valdes), and Dr. Harrison Wells (Tom Cavanaugh), Barry began a journey as The Flash to protect the people of Central City from these powerful new threats.  But Barry’s journey was a lonely one; in order to keep Iris safe, he concealed his abilities from her, and could only watch from the sidelines as she built a romantic relationship with Joe’s partner, Eddie Thawne.

Barry’s mission as The Flash was sidetracked when he came face to face with the Man in Yellow.  Barry wasn’t fast enough to catch him, but in a shocking revelation the team figured out their beloved mentor, Harrison Wells, was actually the Man in Yellow, and the man responsible for killing Barry’s mother.  Wells revealed his true identity as Eobard Thawne, a man from the future, coincidentally descended from Eddie Thawne, who traveled back in time to kill Barry.  As The Flash appeared about to lose this final battle with his nemesis, and with the struggle between the two opening a rip in space and time, a Singularity, that threatened to destroy them all, Eddie Thawne sacrificed his own life in order to save Central City and to change the course of history.

Now, in Season Two, thanks to Eddie Thawne’s sacrifice, Eodard Thawne has been defeated.  But Barry was unable to prove that Thawne killed his mother, so his father remains in prison for a crime he didn’t commit.   And a new ally, Jay Garrick, will arrive with news that the Singularity opened portals to an alternate Earth, with a terrifying new enemy named Zoom now on the horizon.