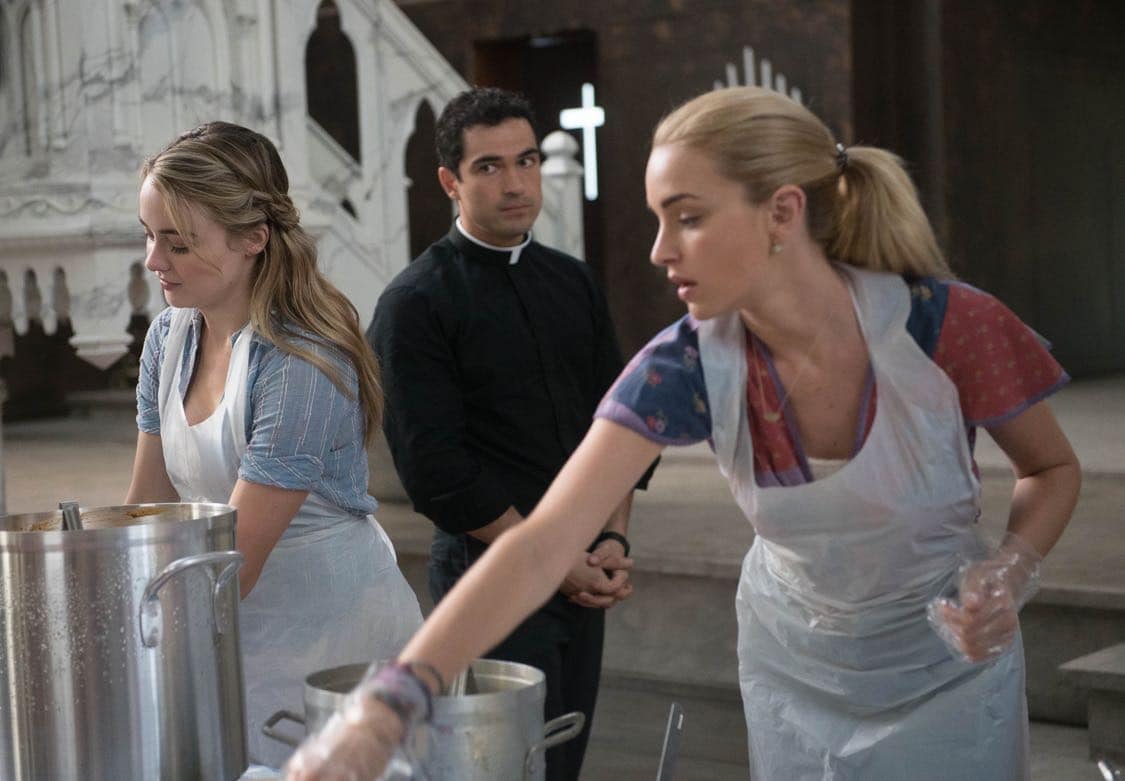 THE EXORCIST Season 1 Episode 2 Photos Chapter Two: Lupus in Fabula :  While Bishop Egan denies Tomas permission to perform the exorcism on Angela’s daughter, Father Marcus breaks out of Saint Aquinas and joins forces with Tomas, though he urges him to get his ex, Jessica, out of his life and heart. The Rance family’s relationship with the demon deepens and when Marcus catches Angela stealing holy water, he instructs her on how to use it. On Chicago’s South Side, a series of bizarre ritual killings begin taking place in the all-new “Chapter Two: Lupus in Fabula” episode of THE EXORCIST airing Friday, Sept. 30 (9:01-10:00 PM ET/PT) on FOX. (EXO-102) (TV-14 L, V)