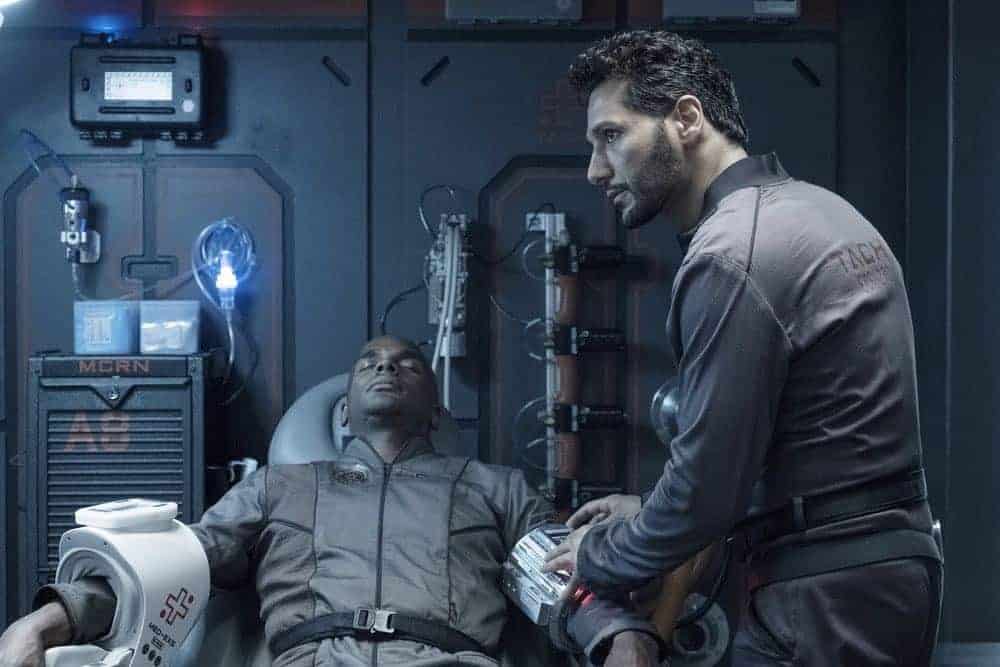 The Rocinante tends to wounded Martian soldiers in exchange for supplies. Avasarala struggles with how to disseminate a key piece of evidence despite being in hiding. THE EXPANSE Season 3 Episode 4 Photos Reload.