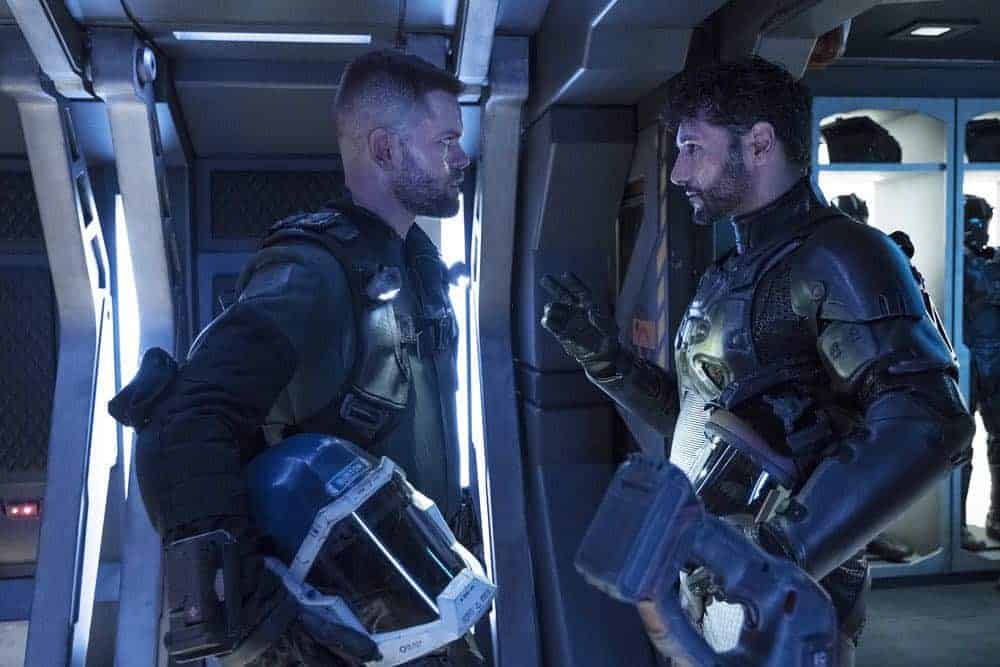 The Rocinante crew deals with the fallout over Naomi’s betrayal while caught in the middle of the war between Earth and Mars. Avasarala and Bobbie hatch an escape plan. THE EXPANSE Season 3 Episode 1 Photos Fight or Flight.