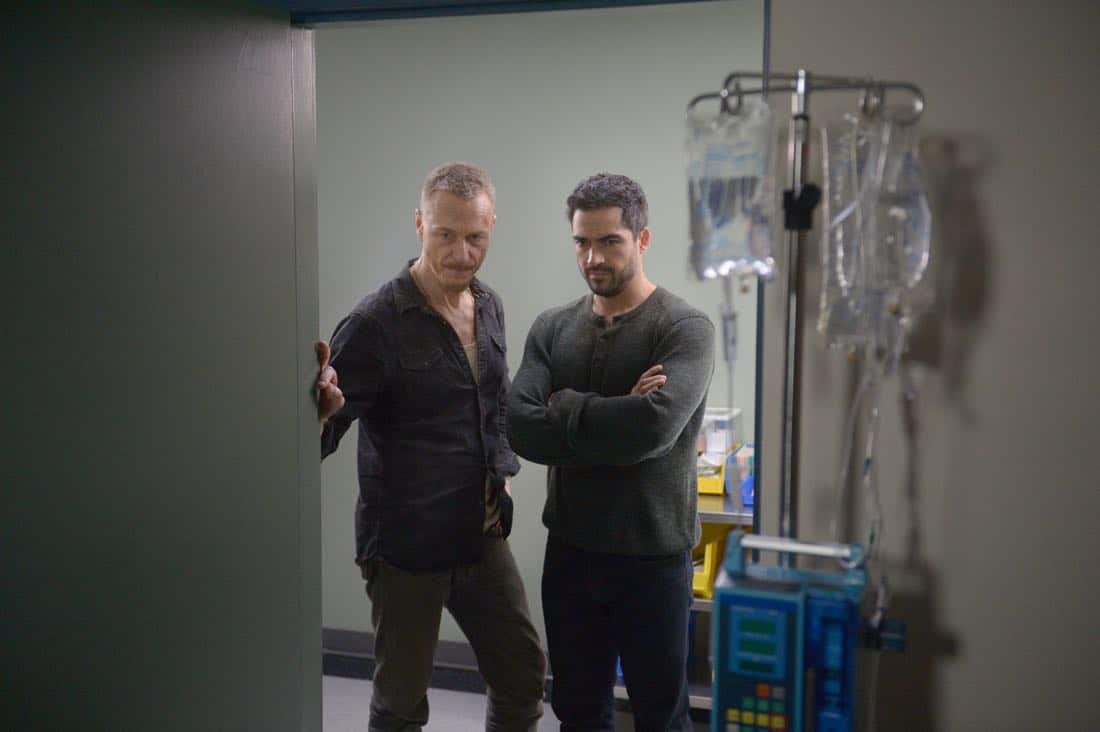 Tomas and Marcus attempt to escape the custody of Cindy’s (guest star Zibby Allen) enraged family, while simultaneously trying to finish her exorcism. Rose conducts her inspection of Andy Kim’s household and is concerned about Caleb’s mental state. Meanwhile, Andy’s neighbors offer to teach the children farming skills, but there’s something sinister behind their intentions. Additionally, Verity (Brianna Hildebrand) may be hiding something from the rest of her foster family. Then, Father Bennett tries to warn the Office of Exorcism of a new threat, but finds his attempts railroaded by menacing forces in the all-new “Safe As Houses” episode of THE EXORCIST airing Friday, Oct. 6 (9:01-10:00 PM ET/PT) on FOX. (EXO-202) (TV-14 L, V)