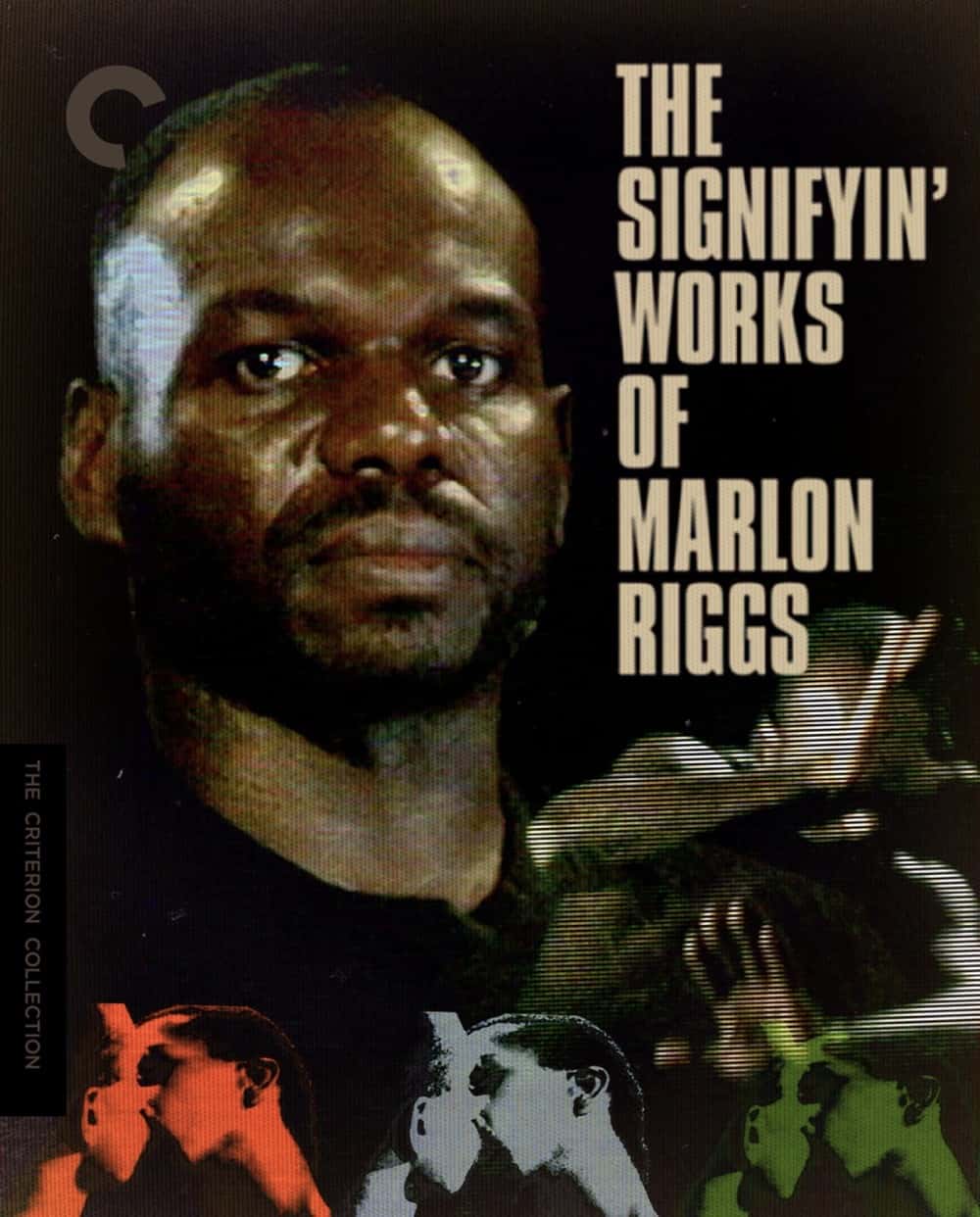 From hard-hitting nonfiction to pulp perfection, this June’s got it all: the complete work of a queer Black trailblazer, Dee Rees’s revelatory debut, an octet of idiosyncratic Olympic visions, a pair of wrenching documentary portraits of life on the margins, and the Blu-ray debuts of a mammoth humanist epic and a crackling noir classic.

The Signifyin’ Works of Marlon Riggs

There has never been a filmmaker like Marlon Riggs (1957–1994): an unapologetic gay Black man who defied a culture of silence and shame to speak his truth with resounding joy and conviction. An early adopter of video technology who had a profound understanding of the power of words and images to effect change, Riggs employed a bold mix of documentary, performance, poetry, music, and experimental techniques in order to confront issues that most of Reagan-era America refused to acknowledge, from the devastating legacy of racist stereotypes to the impact of the AIDS crisis on his own queer African American community to the very definition of what it is to be Black. Bringing together Riggs’s complete works—including his controversy-inciting queer landmark Tongues Untied and Black Is . . . Black Ain’t, his deeply personal career summation—The Signifyin’ Works of Marlon Riggs traces the artistic and political evolution of a transformative filmmaker whose work is both an electrifying call for liberation and an invaluable historical document.

The path to living as one’s authentic self is paved with trials and tribulations in this revelatory, assured feature debut by Dee Rees—the all-too-rare coming-of-age tale to honestly represent the experiences of queer Black women. Grounded in the fine-grained specificity and deft characterizations of Rees’s script and built around a beautifully layered performance from Adepero Oduye, Pariah follows Brooklyn teenager Alike, who is dealing with the emotional minefields of both first love and heartache and the disapproval of her family as she navigates the expression of her gender and sexual identities within a system that does not make space for them. Achieving an aching intimacy with its subject through the expressive cinematography of Bradford Young, this deeply felt portrait finds strength in vulnerability and liberation in letting go.

In Munich in 1972, eight renowned filmmakers each brought their singular artistry to the spectacle of the Olympic Games, capturing the joy and pain of competition and the kinetic thrill of bodies in motion for an aesthetically adventurous sports film unlike any other. Made to document the Olympic Summer Games—an event that was ultimately overshadowed by the tragedy of a terrorist attack—Visions of Eight features contributions from Miloš Forman, Kon Ichikawa, Claude Lelouch, Juri Ozerov, Arthur Penn, Michael Pfleghar, John Schlesinger, and Mai Zetterling, each given carte blanche to create a short film focusing on any aspect of the Games that captured his or her imagination. The resulting films—ranging from the arresting abstraction of Penn’s pure cinema study of pole-vaulters to the playful irreverence of Forman’s musical take on the decathlon to Schlesinger’s haunting portrait of the single-minded solitude of a marathon runner—are triumphs of personal, poetic vision applied to one of the pinnacles of human achievement.

Petty crook Skip McCoy (Richard Widmark) has his eyes fixed on the big score. When the cocky three-time convict picks the pocketbook of unsuspecting Candy (Jean Peters), he finds a more spectacular haul than he could have imagined: a strip of microfilm bearing confidential U.S. information. Tailed by manipulative Feds and the unwitting courier’s Communist puppeteers, Skip and Candy find themselves in a precarious gambit that pits greed against redemption, right against Red, and passion against self-preservation. With its dazzling cast and writer-director Samuel Fuller’s signature hard-boiled repartee and raw energy, Pickup on South Street is a true film noir classic by one of America’s most passionate cinematic craftspeople.

This mammoth humanist drama by Masaki Kobayashi is one of the most staggering achievements of Japanese cinema. Originally filmed and released in three installments of two parts each, the nine-and-a-half-hour The Human Condition, adapted from Junpei Gomikawa’s six-volume novel, tells of the journey of the well-intentioned yet naive Kaji—played by the Japanese superstar Tatsuya Nakadai—from labor camp supervisor to Imperial Army soldier to Soviet prisoner of war. Constantly trying to rise above a corrupt system, Kaji time and again finds his morals to be an impediment rather than an advantage. A raw indictment of Japan’s wartime mentality as well as a personal existential tragedy, Kobayashi’s riveting, gorgeously filmed epic is novelistic cinema at its best.

Streetwise/Tiny: The Life of Erin Blackwell

In 1983, director Martin Bell, photographer Mary Ellen Mark, and journalist Cheryl McCall set out to tell the stories of homeless and runaway teenagers living on the margins in Seattle. Streetwise follows an unforgettable group of kids who survive by hustling, panhandling, and dumpster diving. Its most haunting and enduring figure is iron-willed fourteen-year-old Erin Blackwell, a.k.a. Tiny; the project’s follow-up, Tiny: The Life of Erin Blackwell, completed thirty years later, draws on the filmmakers’ long relationship with their subject, now a mother of ten. Blackwell reflects with Mark on the journey they’ve experienced together, from Blackwell’s battles with addiction to her regrets to her dreams for her children, even as she sees them repeat her own struggles. Taken together, the two films create a devastatingly frank, empathetic portrait of lost youth growing up far too soon in a world that has failed them, and of a family trying to break free of the cycle of trauma—as well as a summation of the life’s work of Mark, an irreplaceable artistic voice.