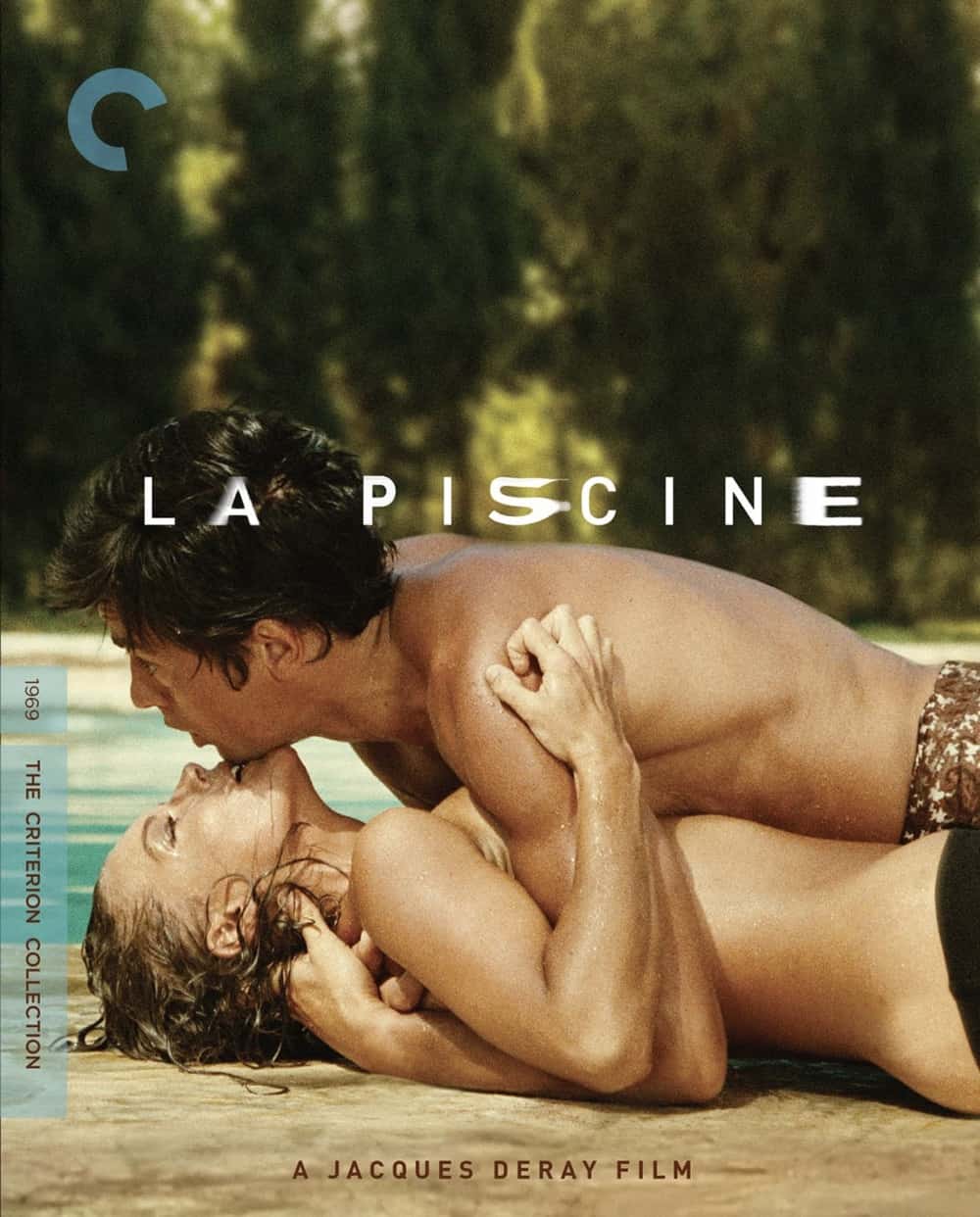 The bright sun of the French Riviera is deceptive in this languorously alluring exercise in slow-burn suspense from thriller specialist Jacques Deray and legendary screenwriter Jean-Claude Carrière. Ten years after their breakup, one of European cinema’s most iconic real-life couples, Alain Delon and Romy Schneider, reunited for this film, bringing a palpable erotic chemistry to their performances as the bronzed and beautiful vacationers whose blissed-out summer holiday on the Côte d’Azur is interrupted by the arrival of an old acquaintance (Maurice Ronet) and his eighteen-year-old daughter (Jane Birkin)—unleashing a gathering tidal wave of sexual tension, jealousy, and sudden violence. A paragon of 1960s modernist cool thanks to effortlessly chic clothes and a loungy Michel Legrand score, La piscinedives deep to reveal sinister undercurrents roiling beneath its seductive surfaces.

Screwball sparks fly when Cary Grant and Katharine Hepburn let loose in one of the fastest and funniest films ever made—a high-wire act of invention that took American screen comedy to new heights of absurdity. Hoping to procure a million-dollar endowment from a wealthy society matron for his museum, a hapless paleontologist (Grant) finds himself entangled with a dizzy heiress (Hepburn) as the manic misadventures pile up—a missing dinosaur bone, a leopard on the loose, and plenty of gender-bending mayhem among them. Bringing Up Baby’s sophisticated dialogue, spontaneous performances, and giddy innuendo come together in a whirlwind of comic chaos captured with lightning-in-a-bottle brio by director Howard Hawks.

A subtly ravishing passage through the halls of time and memory, this sublime reflection on twentieth-century Russian history by Andrei Tarkovsky (Stalker) is as much a poem composed in images, or a hypnagogic hallucination, as it is a work of cinema. In a richly textured collage of varying film stocks and newsreel footage, the recollections of a dying poet flash before our eyes, his dreams mingling with scenes of childhood, wartime, and marriage, all imbued with the mystical power of a trance. Largely dismissed by Soviet critics on its release because of its elusive narrative structure, Mirror has since taken its place as one of the director’s most renowned and influential works, a stunning personal statement from an artist transmitting his innermost thoughts and feelings directly from psyche to screen.

Film noir hits the mean streets of 1990s Los Angeles in this stylish and subversive underworld odyssey from veteran actor-director Bill Duke. Laurence Fishburne stars as Russell Stevens, a police officer who goes undercover as “John Hull,” the partner of a dangerously ambitious cocaine trafficker (Jeff Goldblum), in order to infiltrate and bring down a powerful Latin American drug ring operating in LA. But the further Stevens descends into this ruthless world of money, violence, and power, the more disillusioned he becomes—and the harder it is to make out the line between right and wrong, crime and justice. Steeped in shadowy, neon-soaked atmosphere and featuring Dr. Dre’s debut solo single, Deep Cover is an unsung gem of the nineties’ Black cinema explosion that delivers a riveting character study and sleek action thrills alongside a furious moral indictment of America and the devastating failures of the war on drugs.

Sex work is portrayed with radical nonjudgment in Lizzie Borden’s immersive, richly detailed look at the rhythms and rituals of society’s most stigmatized profession. Inspired by the experiences of the sex workers Borden met while making her underground feminist landmark Born in Flames, Working Girls reveals the textures of a day in the life of Molly (Louise Smith), a photographer working part-time in a Manhattan brothel, as she juggles a steady stream of clients, balances nurturing relationships with her coworkers with the demands of an ambitious madam, and above all fights to maintain her sense of self in a business in which the line between the personal and the professional is all too easily blurred. In viewing prostitution through the lens of labor, Borden boldly desensationalizes the subject, offering an empathetic, humanizing, often humorous depiction of women for whom this work is just another day at the office.