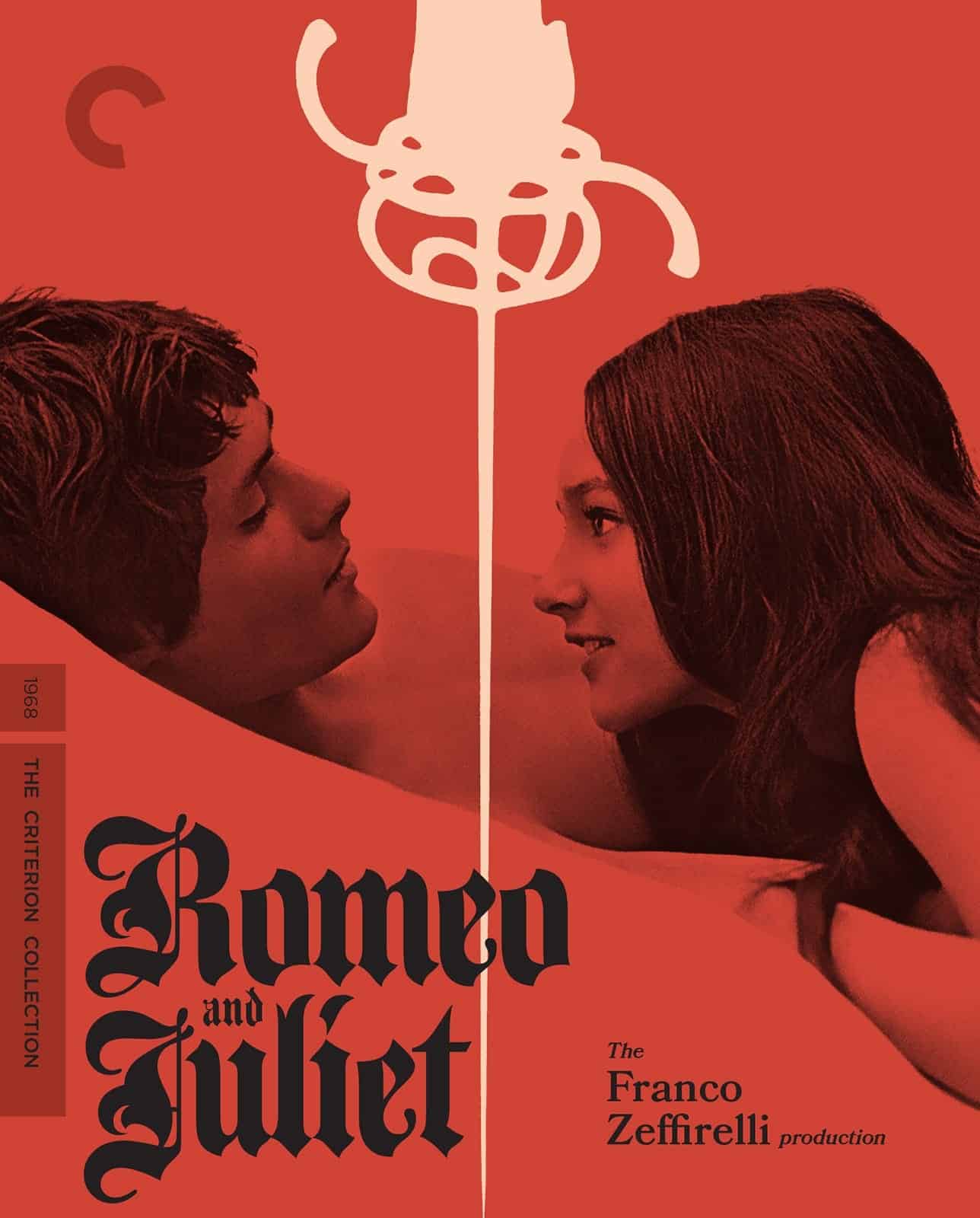 Coming in February: a sublime adaptation of Shakespeare’s immortal romantic tragedy, two mesmerizing films by a beloved French literary figure, and a riotously funny satire of Black typecasting in 1980s Hollywood. Plus: a boldly cinematic trio of love and loss and one of the best teen films ever made—now on 4K UHD.

One of the great Shakespeare adaptations, this sublime take on the Bard’s immortal romantic tragedy by Franco Zeffirelli breathed new life into the oft-told tale by casting actual teenagers in the title roles. As the young lovers whose affair threatens to inflame the tensions between their feuding families in Renaissance Verona, Olivia Hussey and Leonard Whiting vividly capture the mix of adolescent ardor and turmoil that fuels their destiny-driven liaison. A sensory banquet thanks to Nino Rota’s delicate score and the exquisite, Oscar-winning costumes and cinematography, Romeo and Juliet is Shakespeare at its most deeply felt and passionately alive.

Marguerite Duras had already established herself as one of the major figures of postwar French literature when she launched an equally fascinating and unclassifiable career in cinema, translating her elliptical, experimental style to the screen through an unprecedented fusion of hypnotic, highly stylized imagery and radically disjunctive sound. Boldly reimagining the possibilities of dialogue, music, silence, and architectural space, the tantalizing, sphinxlike evocations of soul-deep female malaise India Song and Baxter, Vera Baxter embody Duras’s singular multisensory approach, with each opening up new spaces for the expression of women’s interior worlds.

This debut feature by Robert Townsend is an ingenious guerrilla satire that takes riotous aim at the typecasting of Black actors in 1980s Hollywood. The writer-director-star’s megawatt charisma propels Hollywood Shuffle, the hilarious tale of a struggling actor attempting to break into an industry where the only roles available to Black performers seem to be hustlers, butlers, slaves, and “Eddie Murphy types”—forcing him to choose between selling out and maintaining his self-respect. Lampooning everything from film noir to zombie flicks to Siskel and Ebert, Townsend and cowriter Keenen Ivory Wayans cannily turn the frustrations of the Black artist into a subversively funny pop-culture critique.

This boldly cinematic trio of stories about love and loss, from Krzysztof Kieślowski was a defining event of the art-house boom of the 1990s. The films are named for the colors of the French flag and stand for the tenets of the French Revolution—liberty, equality, and fraternity—but that hardly begins to explain their enigmatic beauty and rich humanity. Set in Paris, Warsaw, and Geneva, and ranging from tragedy to comedy, Blue, White, and Red(Kieślowski’s final film) examine with artistic clarity a group of ambiguously interconnected people experiencing profound personal disruptions. Marked by intoxicating cinematography and stirring performances by such actors as Juliette Binoche, Julie Delpy, Irène Jacob, and Jean-Louis Trintignant, Kieślowski’s Three Colors is a benchmark of contemporary cinema.

America, 1976. The last day of school. Bongs blaze, bell-bottoms ring, and rock and roll rocks. Among the best teen films ever made, Dazed and Confused eavesdrops on a group of seniors-to-be and incoming freshmen. A launching pad for a number of future stars, the first studio effort by Richard Linklater also features endlessly quotable dialogue and a blasting, stadium-ready soundtrack. Sidestepping nostalgia, Dazed and Confused is less about “the best years of our lives” than the boredom, angst, and excitement of teenagers waiting . . . for something to happen.