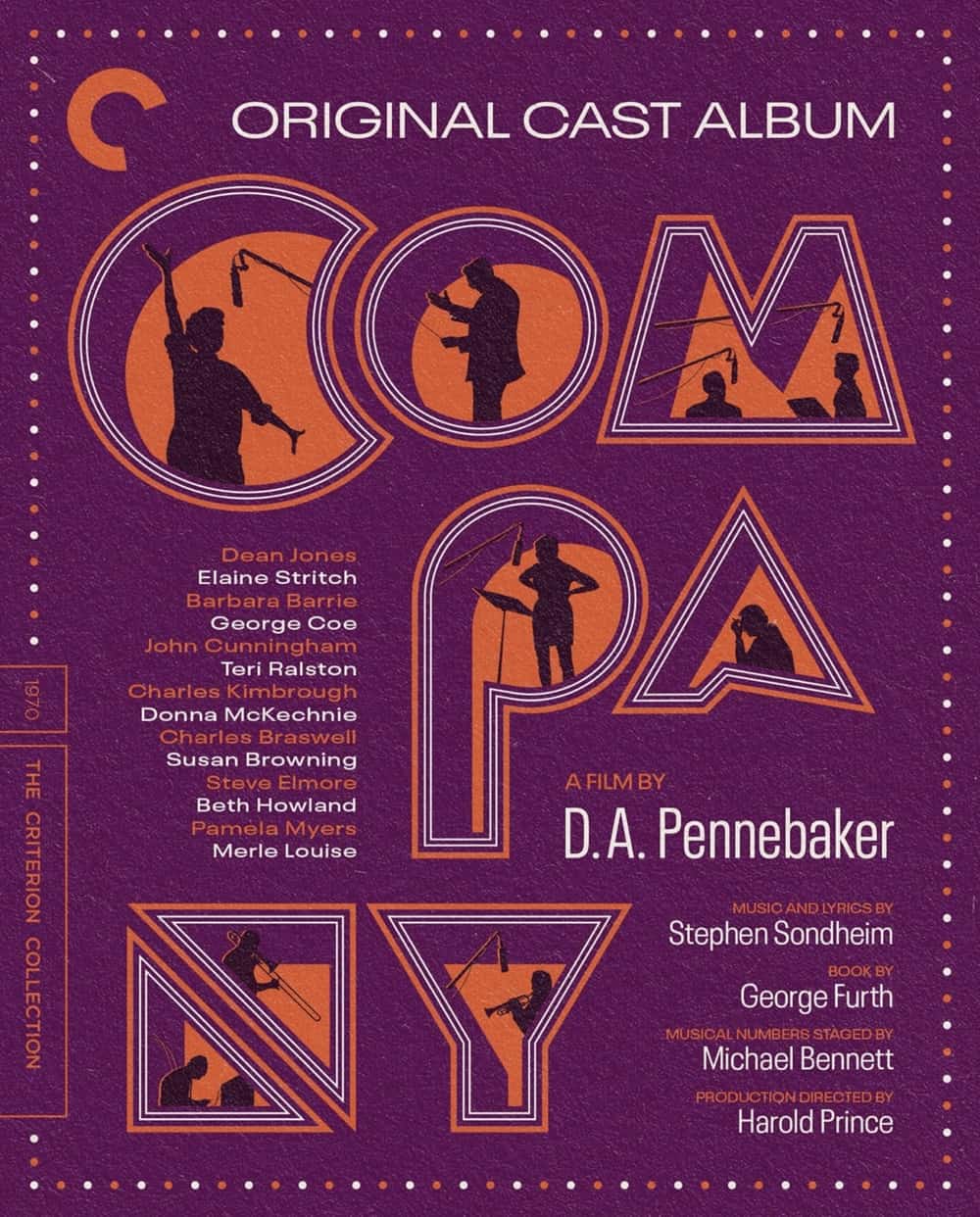 The Criterion Collection August 2021 New Releases – This August, D. A. Pennebaker takes us behind the scenes of a legendary Broadway cast recording, while Hirokazu Kore-eda offers a bittersweet glimpse of the afterlife, and Cary Joji Fukunaga evokes the horrors of war and lost innocence through the eyes of a child soldier. Plus: Andrzej Wajda revisits the final day of World War II in a milestone of Polish cinema.

This holy grail for both documentary and theater aficionados offers a tantalizingly rare glimpse behind the Broadway curtain. In 1970, right after the triumphant premiere of Stephen Sondheim’s groundbreaking concept musical Company, the renowned composer and lyricist, his director Harold Prince, the show’s stars, and a large pit orchestra all went into a Manhattan recording studio as part of a time-honored Broadway tradition: the recording of the original cast album. What ensued was a marathon session in which, with the pressures of posterity and the coolly exacting Sondheim’s perfectionism hanging over them, all involved pushed themselves to the limit—including theater legend Elaine Stritch, who fought anxiety and exhaustion to record her iconic rendition of “The Ladies Who Lunch.” With thrilling immediacy, legendary filmmaker D. A. Pennebaker offers an up-close view of the larger-than-life personalities, frayed-nerve energy, and explosive creative intensity that go into capturing the magic of live performance.

If you could choose only one memory to hold on to for eternity, what would it be? That’s the question at the heart of Hirokazu Kore-eda’s revelatory international breakthrough, a bittersweet fantasia in which the recently deceased find themselves in a limbo realm where they must select a single cherished moment from their life to be recreated on film for them to take into the next world. After Life’s high-concept premise is grounded in Kore‑eda’s documentary-like approach to the material, which he shaped through interviews with hundreds of Japanese citizens. What emerges is a panoramic vision of the human experience—its ephemeral joys and lingering regrets—and a quietly profound meditation on memory, our interconnectedness, and the amberlike power of cinema to freeze time.

Beasts of No Nation

The nightmare of war is seen through the eyes of one of its most tragic casualties—a child soldier—in this harrowing vision of innocence lost from Cary Joji Fukunaga. Based on the acclaimed novel by Uzodinma Iweala, Beasts of No Nation unfolds in an unnamed, civil-war-torn West African country, where the young Agu (Abraham Attah, in a haunting debut performance) witnesses carnage in his village before falling captive to a band of rebel soldiers led by a ruthless commander (an explosive Idris Elba), who molds the boy into a hardened killer. Fukunaga’s relentlessly roving camera work and stunning visuals—realism so intensely visceral it borders on the surreal—immerse the viewer in a world of unimaginable horror without ever losing sight of the powerful human story at its center.

A milestone of Polish cinema, this electrifying international sensation by Andrzej Wajda—the final film in his celebrated war trilogy—entwines the story of one man’s moral crisis with the fate of a nation. In a small Polish town on the final day of World War II, Maciek (the coolly charismatic Zbigniew Cybulski), a fighter in the underground anti-Communist resistance movement, has orders to assassinate an incoming commissar. But when he meets and falls for a young barmaid (Ewa Krzyzewska), he begins to question his commitment to a cause that requires him to risk his life. Ashes and Diamonds’ lustrous monochrome cinematography—wreathed in shadows, smoke, and fog—and spectacularly choreographed set pieces lend a breathtaking visual dynamism to this urgent, incendiary vision of a country at a crossroads in its struggle for self-determination.