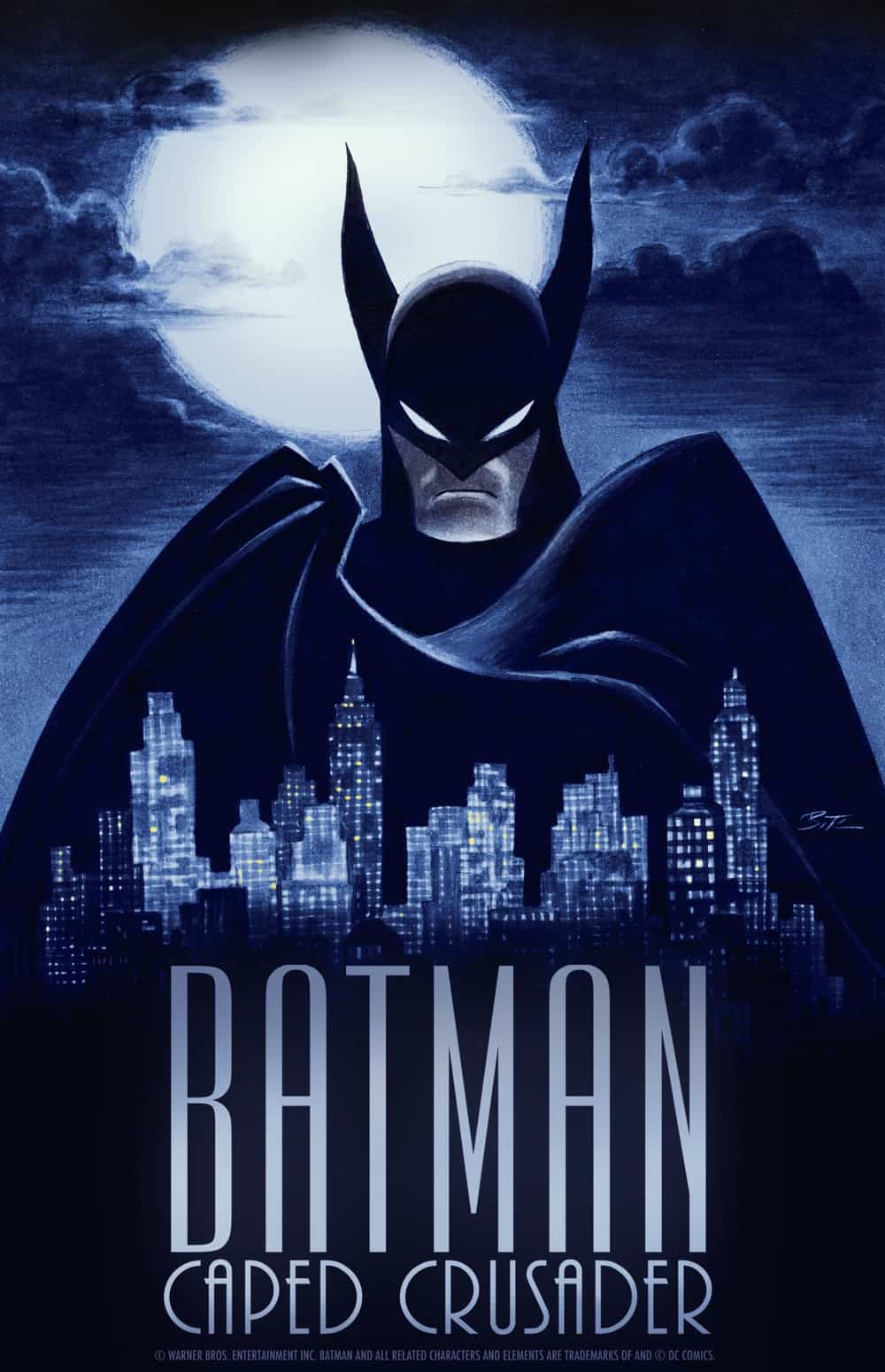 Tom Ascheim said: “It is always fun to feed the insatiable appetite fans have for all things Batman. Batman: Caped Crusader will entertain first time and die-hard fans alike and, with such an impressive creative team in place, we know we have another future Batman classic in the making.”

Now, nearly 30 years since the series premiered, Timm once again takes on the mantle of the Bat alongside two of the most acclaimed filmmakers in the industry: J.J. Abrams and Matt Reeves. Utilizing state-of-the-art animation techniques and technologies available, this powerful creative partnership will once again reinvent Batman and his iconic rogue’s gallery with sophisticated storytelling, nuanced characters and intense action sequences all set in a visually striking world.

Sam Register said: “Batman: The Animated Series was a masterpiece that shaped the perception of the character for an entire generation of fans. It is in that spirit that we are bringing together three master storytellers in J.J., Matt and Bruce – each with their own intuitive understanding and affection for the character – to create a new series that will continue in the same groundbreaking legacy.”

Executive Producers Bruce Timm, J.J. Abrams and Matt Reeves said: “We are beyond excited to be working together to bring this character back, to tell engrossing new stories in Gotham City. The series will be thrilling, cinematic and evocative of Batman’s noir roots, while diving deeper into the psychology of these iconic characters. We cannot wait to share this new world.”

About HBO Max
HBO Max® is WarnerMedia’s direct-to-consumer platform, offering best in class quality entertainment. HBO Max features the greatest array of storytelling for all audiences from the iconic brands of HBO, Warner Bros., DC, Cartoon Network, Adult Swim, Turner Classic Movies and much more. The streaming platform initially launched in the United States in May 2020. This year, HBO Max is scheduled to be in an additional 60 markets, launching in Latin America in June and followed by upgrades of HBO-branded streaming services in Europe.

About Cartoon Network
Cartoon Network is the central Kids & Family brand within WarnerMedia and the #1 global animated series network. Combined with a rich legacy of characters and a deep roster of creatives with unique brands of storytelling, Cartoon Network showcases original content from across Cartoon Network Studios, Warner Bros. Animation and beyond that includes such hits as Ben 10, Craig of the Creek, Steven Universe, Teen Titans Go! and more. Under its Redraw Your World tagline, Cartoon Network’s expansive content commitment appeals to the complete spectrum of kids and families including preschoolers, all kids ages 6-11, and family co-viewing. Upcoming new series such as Gremlins, Jade Armor, Total Drama Island, Unicorn: Warriors Eternal, as well as a live-action slate are set to comprise an inclusive Kids & Family programming lineup on Cartoon Network and HBO Max offering more than 300 hours of original content. Seen in more than 185 countries and in 33 languages, Cartoon Network’s historic library can also be streamed on HBO Max.

About Bad Robot
Bad Robot was formed by filmmaker J.J. Abrams in 2001. The company has produced television series such as Alias, Lost, Fringe, Person of Interest, Castle Rock, Westworld, Lovecraft Country and Little Voice; feature films such as SUPER 8, STAR WARS: THE FORCE AWAKENS and STAR WARS: RISE OF SKYWALKER, the STAR TREK, MISSION: IMPOSSIBLE and CLOVERFIELD franchises; and interactive content including the mobile app Action Movie FX. Bad Robot’s first foray into publishing, S., a novel conceived by Abrams and written by Doug Dorst, was a New York Times Best Seller. In 2018, the company launched Loud Robot, an artist-friendly independent music label, and Bad Robot Games, a new entity dedicated to developing large and indie-scale original games for mobile, PC and console. Bad Robot is based in Santa Monica and can be followed at twitter.com/bad_robot and instagram.com/bad_robot.

About 6th & Idaho
6th & Idaho’s recent television productions include the Netflix drama series “Away,” starring Hilary Swank, as well as the Amazon Prime Video drama “Tales from the Loop,” starring Rebecca Hall and Jonathan Pryce. The company is currently shooting the NBC series “Ordinary Joe,” starring James Wolk. They have the upcoming Hulu film “Mother / Android” coming out later in ’21, and Reeves is in post on “The Batman” for Warner Bros which will be released in March ’22.

About DC
DC, a WarnerMedia Company, creates iconic characters, enduring stories, and immersive experiences that inspire and entertain audiences of every generation around the world and is one of the world’s largest publishers of comics and graphic novels. As a creative division, DC is charged with strategically integrating its stories and characters across film, television, consumer products, home entertainment, interactive games, and the DC Universe Infinite digital subscription service and community engagement portal. For more information visit dccomics.com and dcuniverseinfinite.com.