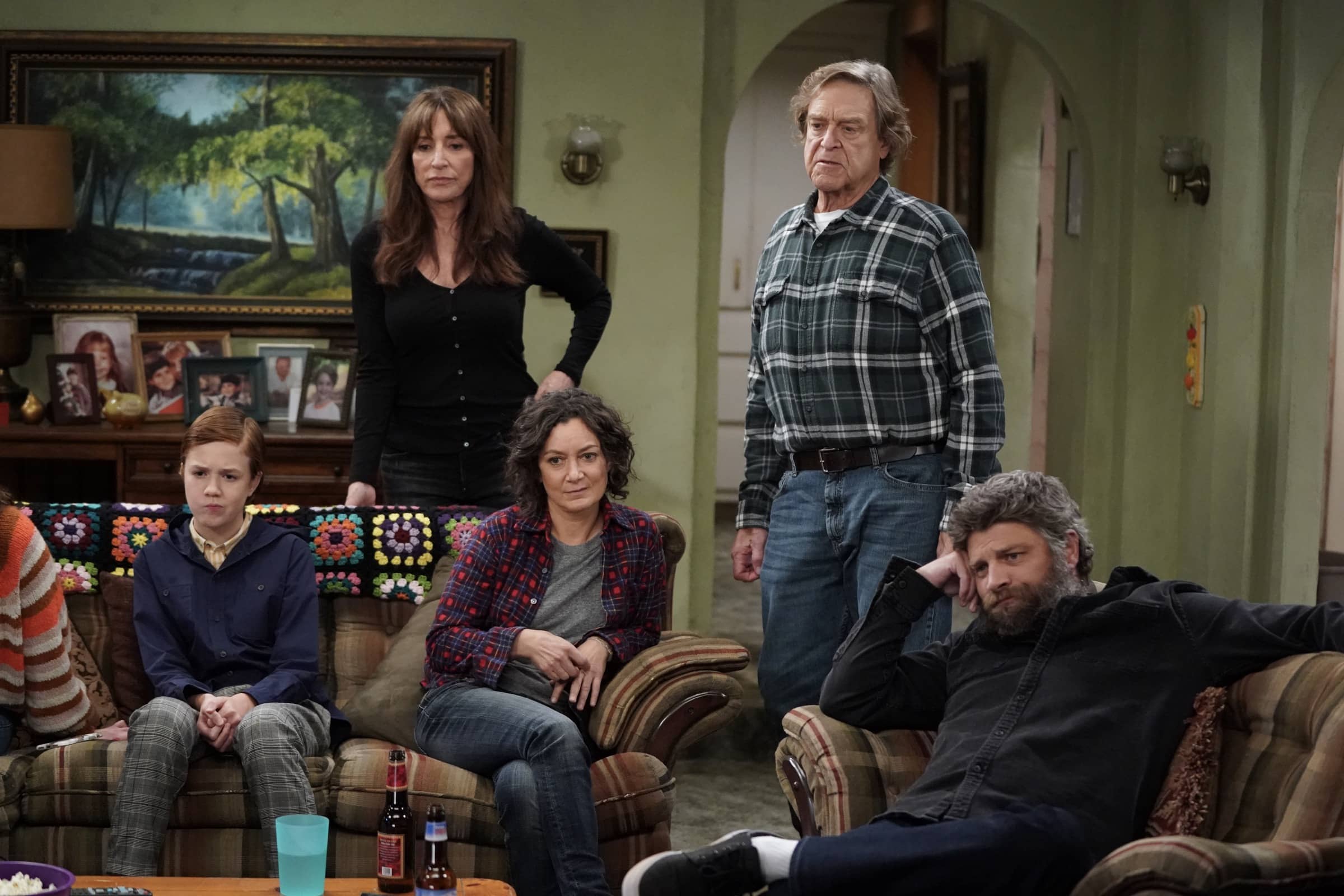 THE CONNERS Season 3 Episode 6 Photos Protest, Drug Test and One Leaves the Nest – The Conners s03e06 3×06 – “Protest, Drug Test and One Leaves the Nest” – Harris’ job is in jeopardy after joining a protest she strongly believes in, leading to tense discussions within the family. Jackie makes a visit to Wellman Plastics only to realize the company is instituting supervised drug testing, inspiring Becky to lead her own protest on an all-new episode of “The Conners,” WEDNESDAY, DEC. 2 (9:00-9:30 p.m. EST), on ABC. (TV-14, DL) Episodes can also be viewed the next day on demand and on Hulu.

Guest starring is Katey Sagal as Louise, Alexandra Billings as Robin and Evelina Fernandez as Juanita.

“Protest, Drug Test and One Leaves the Nest” was written by Debby Wolfe and directed by Lynda Tarryk.