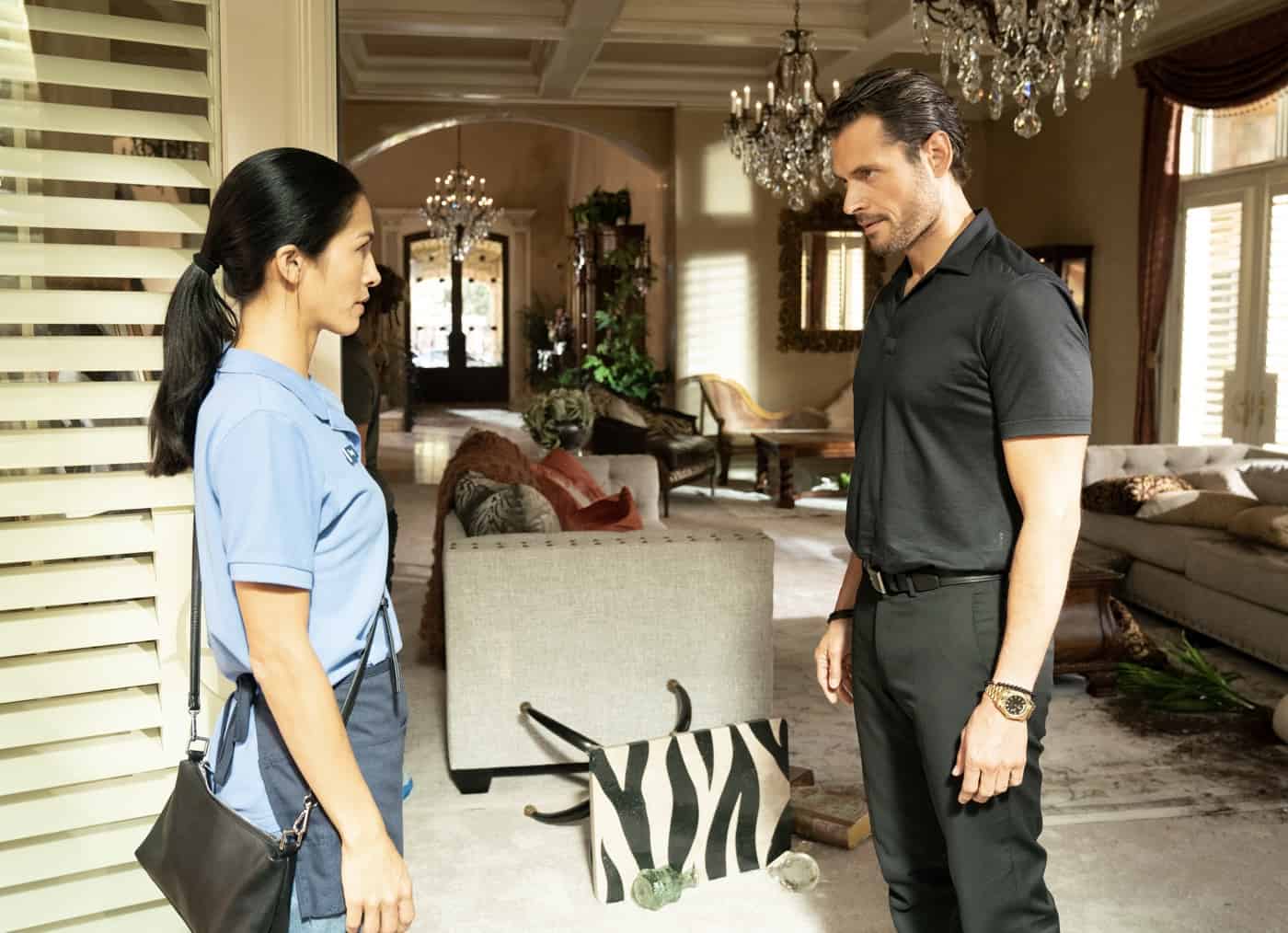 THE CLEANING LADY Season 1 Episode 2 Photos The Lion’s Den – Thony attempts to sever ties with the crime syndicate when the FBI comes asking questions. But when her son’s health declines, she crosses a moral line, getting deeper involved with the syndicate. Meanwhile, things turn violent during a weapons exchange when inventory goes missing and Arman (Adan Canto) has 24 hours to find the thief in the all-new “The Lion’s Den” episode of THE CLEANING LADY airing Monday, Jan. 10 (9:00-10:00 PM ET/PT) on FOX. (CLD-102) (TV-14 D, L, V) s01e02 1×02 1.02 s1e2

With her son diagnosed with a life-threatening immunodeficiency disorder and her husband, MARCO (Ivan Shaw, “Insecure”), struggling with a gambling addiction and unable to get a visa, Thony is left to save the boy on her own. Where she once had it all – a successful career as a doctor, loving husband and family, Thony is now in Las Vegas with her sister-in-law, FIONA (Martha Millan “The OA”), waiting for a matching bone marrow donor for Luca, while struggling to make ends meet as an undocumented worker.

However, when the system fails and pushes her into hiding, she refuses to be beaten down and marginalized. Instead, through an unexpected run-in with a lieutenant of a powerful crime syndicate, ARMAN MORALES (Adan Canto, “Designated Survivor,” “The Following”), she becomes a cleaning lady for their operation. Crossing into a world of moral greys, Thony begins to live a double life, keeping secrets from her family, while cleaning crime scenes for Arman and dodging the law, including the smooth-talking FBI Agent GARRETT MILLER (Oliver Hudson, “Scream Queens”) who is in pursuit.

Using her cunning and intelligence to forge her own path in the criminal underworld, Thony does what is necessary to save Luca – even if it means sacrificing her own soul in the process.