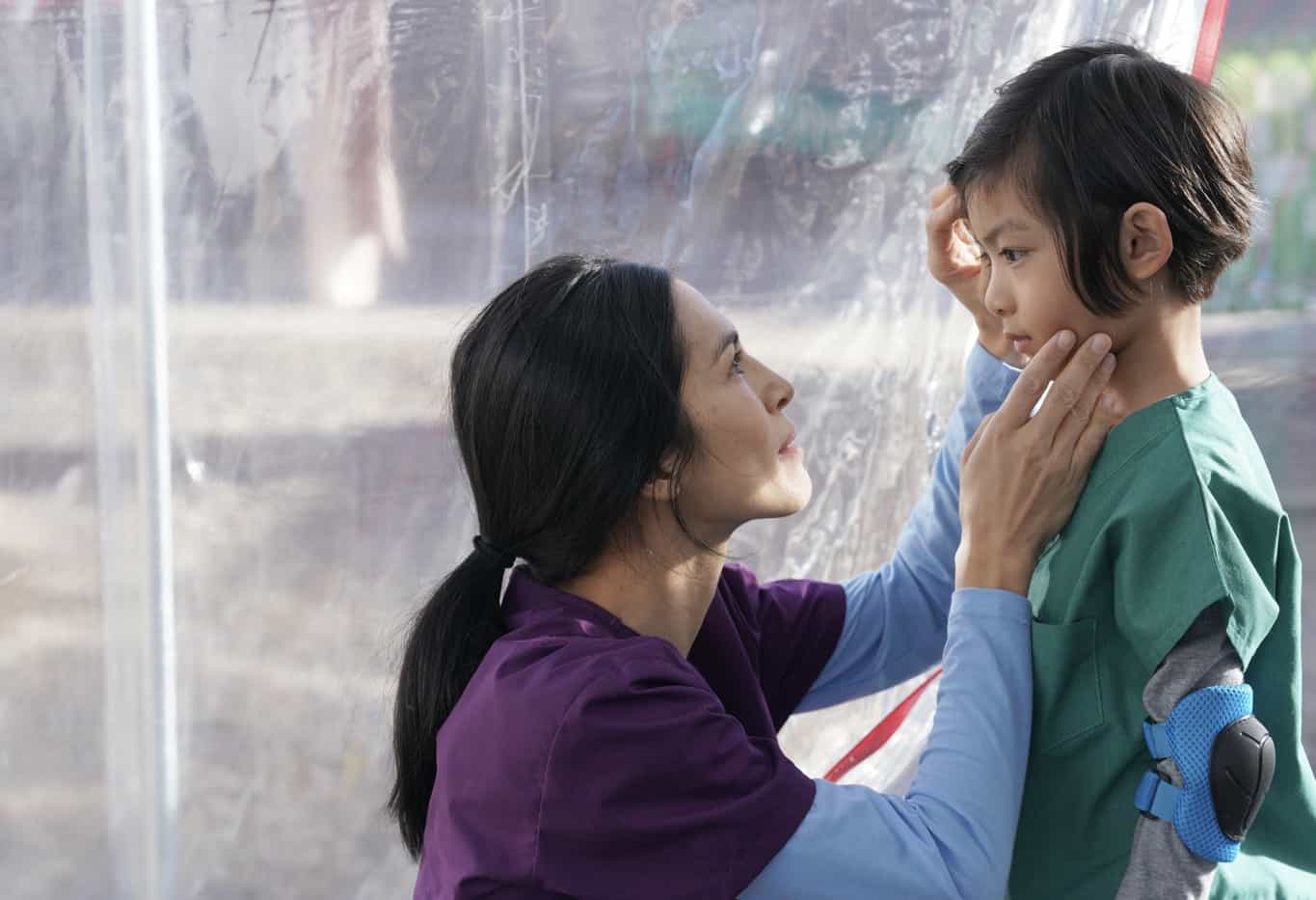 THE CLEANING LADY Season 1 Episode 1 Photos TNT – Thony (Elodie Yung), a whip-smart Cambodian doctor, struggles to make ends meet as an undocumented worker after coming to the U.S. from the Philippines in search of a medical treatment for her ailing son. After witnessing a murder, Thony cleans the crime scene to stay alive, then begins living a double life, cleaning for a crime syndicate while doing what is necessary to save her son in the all-new Pilot “TNT” series premiere episode of THE CLEANING LADY airing Monday, Jan. 3 (9:01-10:00 PM ET/PT) on FOX. (CLD-101) (TV-14 D, L, S, V) s01e01 1×01 1.01 s1e1

From executive producer/writer Miranda Kwok (“The 100”), executive producer/showrunner Melissa Carter (“Queen Sugar”) and executive producers Shay Mitchell (“You,” “Pretty Little Liars”), David Dean Portelli, Rose Marie Vega and Paola Suarez, THE CLEANING LADY is an emotionally driven character drama about a whip-smart Cambodian doctor, THONY, (Élodie Yung, “The Hitman’s Bodyguard”) who comes to the U.S. for a medical treatment to save her ailing son LUCA (Valentino and Sebastien LaSalle). With her son diagnosed with a life-threatening immunodeficiency disorder and her husband, MARCO (Ivan Shaw, “Insecure”), struggling with a gambling addiction and unable to get a visa, Thony is left to save the boy on her own. Where she once had it all – a successful career as a doctor, loving husband and family, Thony is now in Las Vegas with her sister-in-law, FIONA (Martha Millan “The OA”), waiting for a matching bone marrow donor for Luca, while struggling to make ends meet as an undocumented worker.

However, when the system fails and pushes her into hiding, she refuses to be beaten down and marginalized. Instead, through an unexpected run-in with a lieutenant of a powerful crime syndicate, ARMAN MORALES (Adan Canto, “Designated Survivor,” “The Following”), she becomes a cleaning lady for their operation. Crossing into a world of moral greys, Thony begins to live a double life, keeping secrets from her family, while cleaning crime scenes for Arman and dodging the law, including the smooth-talking FBI Agent GARRETT MILLER (Oliver Hudson, “Scream Queens”) who is in pursuit. Using her cunning and intelligence to forge her own path in the criminal underworld, Thony does what is necessary to save Luca – even if it means sacrificing her own soul in the process.