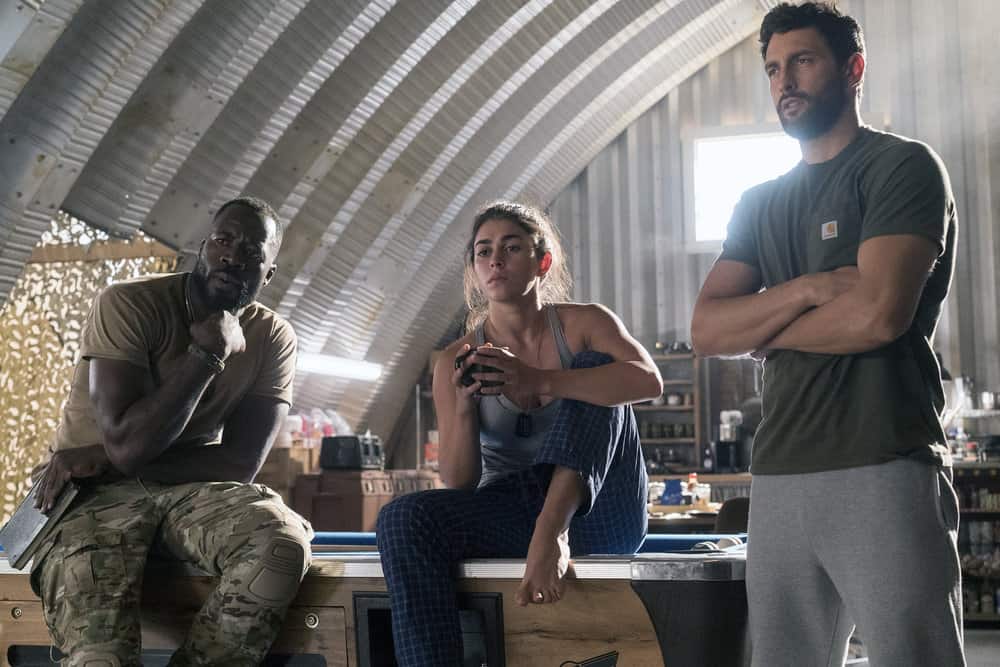 As the team heads to Paris on a mission connected to Amir’s (Hadi Tabbal) undercover past, things get more personal than they would like. With stakes as high as ever, the unit learns more about their newest member and what might have brought him to them. Also starring Anne Heche (Patricia Campbell), Mike Vogel (Adam Dalton), Tate Ellington (Noah Morgenthau), Demetrius Grosse (Ezekiel “Preach” Carter), Natacha Karam (Jasmine “Jaz” Khan) Noah Mills (Joseph “McG” McGuire) and Sofia Pernas (Hannah Rivera). Guest Starring May Calamawy (Mina) and Naren Weiss (Omar) THE BRAVE Season 1 Episode 7 Photos It’s All Personal