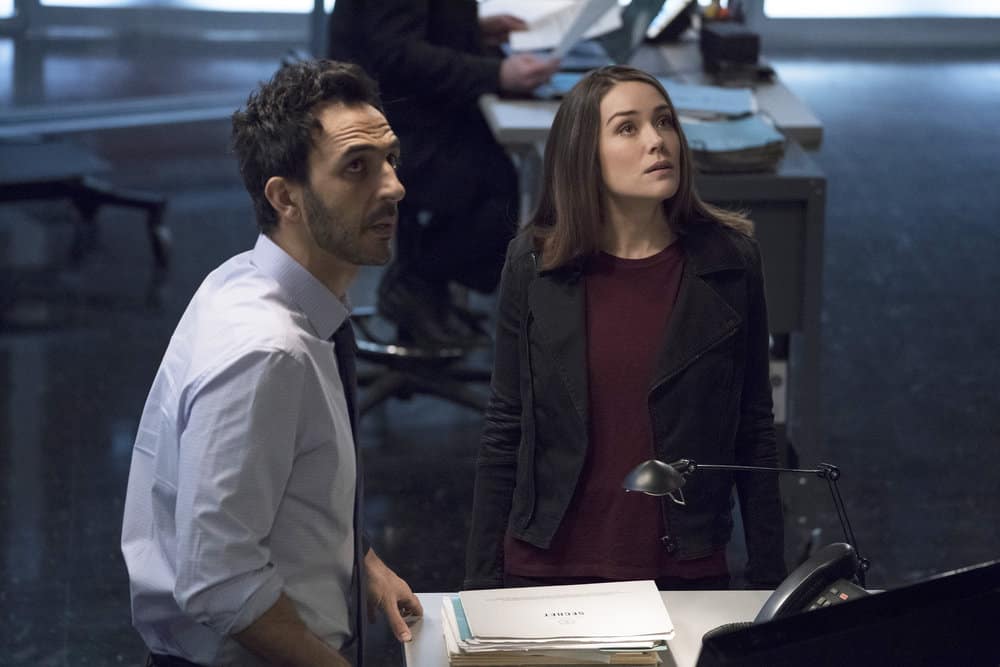 As Liz (Megan Boone) investigates new details in a cold case from her early work as an FBI profiler, she explores her darker impulses in therapy with Dr. Fulton (guest star Martha Plimpton.) The Task Force takes action to bring down Tom’s killers within the legal system, while Red (James Spader) takes a different approach to closing in on Ian Garvey (guest star Jonny Coyne.) THE BLACKLIST Season 5 Episode 16 Photos The Capricorn Killer.