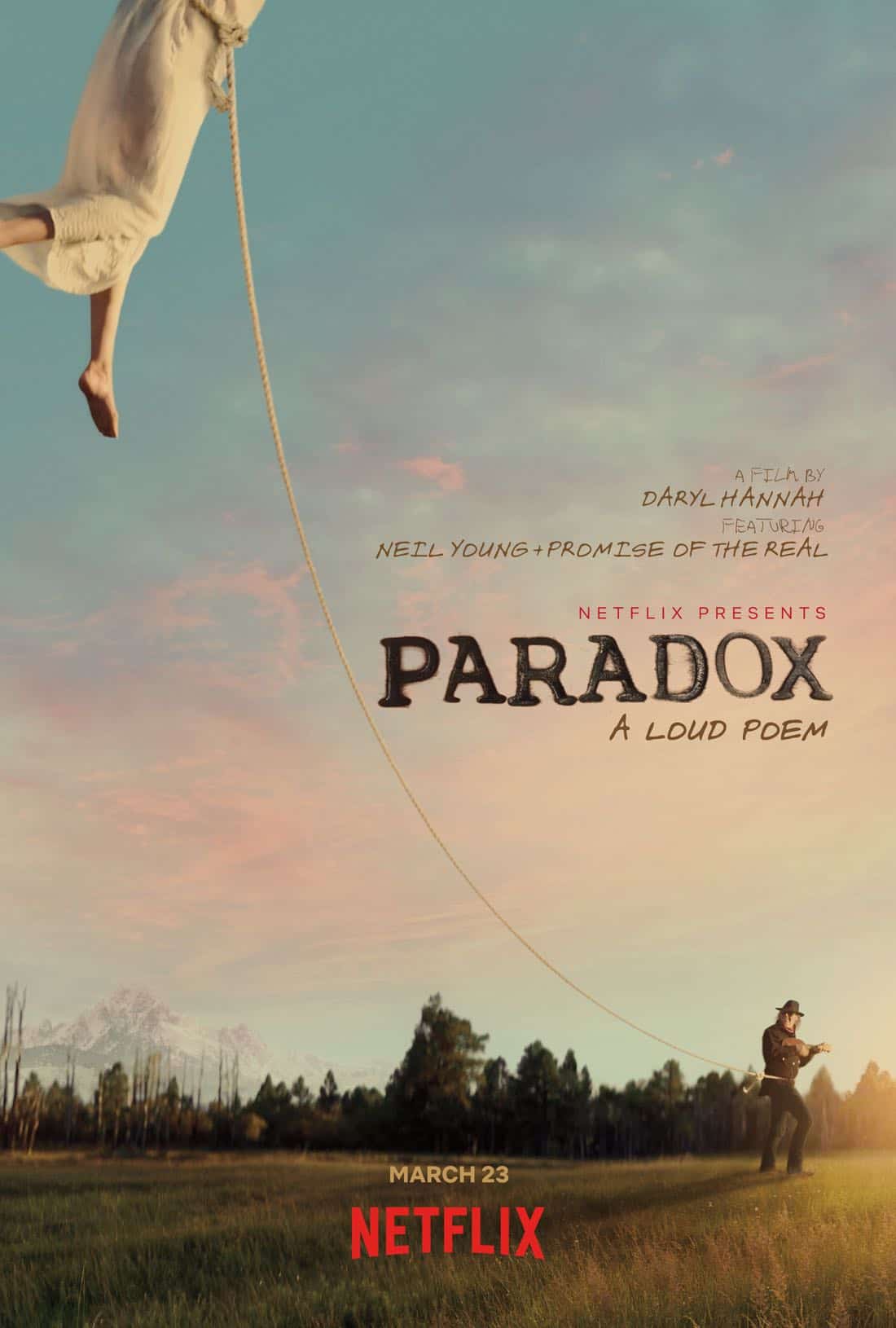 Netflix announced today that it has acquired worldwide rights to Paradox, directed by Daryl Hannah, featuring Neil Young + Promise of the Real. The whimsical tale also features new music and performances. The film will world premiere at next week’s SXSW Film Festival on March 15, and will launch globally on Netflix on March 23 and in limited theatrical release.

A fantasy, a loud poem and a free-spirited tale of music and love, Paradox is a one-of-a-kind personal expression. Sometime in the future—or is it the past?—a band of outlaws hide high up in the Mountains. The “Man in the Black Hat” (Neil Young), the “Particle Kid” (Micah Nelson) and “Jail Time” (Lukas Nelson) pass the hours searching for treasure while they wait for the full moon to lend its magic, bring the music and make the spirits fly. Vibrating with original music by Young + Promise of the Real, Paradox furthers the legacy of an iconic performer who has always broken the rules.

Paradox is written and directed by Daryl Hannah, making her feature-length debut behind the camera. Hannah’s “The Last Supper,” a 1993 short which she wrote, directed and produced, won a Jury Prize at the Berlin Film Festival.

“PARADOX sprung up spontaneously and unexpectedly, like a peculiar dandelion, popping up between the cracks in the pavement. We were fortunate to find this brief window of opportunity to share the love for the natural world, each other and for the precious seeds of creativity and life. We are all thrilled the film will premiere at SXSW and that NETFLIX will be sharing it with the world,” said Hannah.

On March 23 on digital and vinyl, Reprise/Warner Bros. Records releases PARADOX (Original Music from the Film), including studio and live performances by Neil Young + Promise of the Real, classic covers and music composed exclusively for the film.