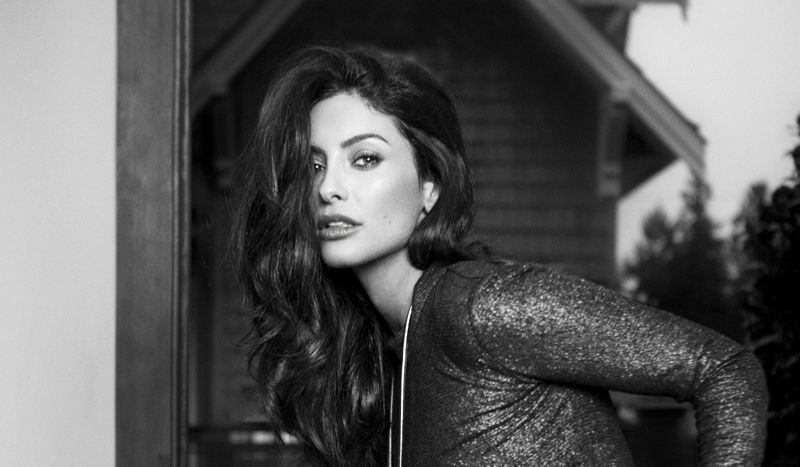 The Season 2 finale introduced the newest player in the hostile world of THE 100, a computer artificial intelligence known as A.L.I.E. (or “Alie” to her friends).  Friend or foe is not yet fully determined, but most of the indigenous population or remnants of humanity that survived the past 97 years on Earth following a devastating nuclear holocaust have turned out to be decidedly unfriendly with each having their own darker motivations for befriending or aligning themselves with the Sky People (aka “Sky Crew”), who are the last survivors of the mankind that fled into space and just recently returned after their oxygen supplies ran out.  Former Chancellor Jaha (Isaiah Washington) discovered Alie (Erica Cerra) when he went in search of the City of Light, a city where there is peace and abundance — a promised land.

In an exclusive interview, star Erica Cerra talked about the mysterious Alie and just what harbinger of doom the A.I. may be as Season 3 foreshadows a looming clan war between the Grounders that may also entangle the Sky Crew.

What attracted you to playing Alie, particularly an artificial intelligence entity?
ERICA:  It was something I had never done before and I found it slightly challenging in that in portraying an artificial intelligence there are certain parameters, like guidelines that you have to follow because there is no emotion involved.  So actions and reactions have to be based on logic, and logic can mimic emotion.  In fact, everything we do is logic based.  So it was a bit of a challenge.

Had you seen the show before accepting the role?
ERICA:  I don’t watch a lot of TV, but when I got the role I did.  It had been a show that interested me because I like sci-fi and I like post-apocalyptic shows.  I always find them very interesting.  So when I got the part, I power-watched the show to get myself caught up so I knew what I was in for.

What is Alie’s goal?  What is her agenda at this point?
ERICA:  Her goal is to save the human race.  She was built for that reason: helping make humanity better.

What part does Jaha have to play? It seems they have grown pretty thick as thieves already.
ERICA:  [Laughs]  That I really can’t say.  But in the mansion, Alie is a hologram.  So she needs hands and she needs a voice and Jaha is like her human counterpart.

It does not seem like Alie likes Murphy (Richard Harmon), but maybe she does.  Does she care about Murphy?
ERICA:  I don’t think she cares about anybody.  She doesn’t feel anything.  But I think she senses Murphy’s disdain of her.  She notices it, but she doesn’t feel one way or another about Murphy.  It’s a decision as to whether Murphy is an asset or a liability.

It seems like Alie’s world, as we get to see it through her perspective, she sees the world as pristine and wants to preserve it, and the reality is that it was already doomed and destroyed and everyone is just trying to come up out of the ashes, so to speak.
ERICA:  I think from Alie’s perspective she wants to save the human race and that means saving humanity from destroying itself — whether that is from pollution or too many people.  So her assessment of what needs to be done to save the human race is the issue of over-population needs to be dealt with.  She just wants to make sure the human race lives on.

Then will Alie be taking an interest in the brewing war developing between the Grounder clans?
ERICA:  No, that has nothing to do with her.

So she does not care that Ice Nation is knocking at the door, so to speak?
ERICA:  She does not know about any of that.  She has her own agenda.

What do you admire about Alie?  What do you find worthwhile about that character?
ERICA:  I admire that nothing upsets her.  She’s calculating and does not have emotion and that saves her a whole lot of anxiety.  She just sees: “This is what I’ve got to do.”

Will we get to see Alie interact with more from the Sky Crew, or is that completely separate from what she is up to?
ERICA:  [Laughs] I can’t answer that! Just put in “spoiler” in answer to that.  There’s not very much I can say.  Her entire storyline unfolds every single episode.  There is so little I can talk about as to who she interacts with, what she does and what her purpose is.

So what was fun for you to do on the show this season?
ERICA:  Just being on the show in general was a lot of fun.  It’s a really great group of people and a good experience.  Very creative and that goes for the crew as well.  Mostly, I just enjoy being on the show.

What can you say to fans tuning in for the show about this season?
ERICA:  Definitely watch the show, don’t miss an episode ’cause you will regret it.  A lot of questions will be answered.  It’s a fun season.

To find out just how lethal Alie is and whether she will be the savior of mankind or the ultimate enemy of it, be sure to tune in for all new episodes of THE 100 on Thursday nights at 9:00 p.m. on the CW.