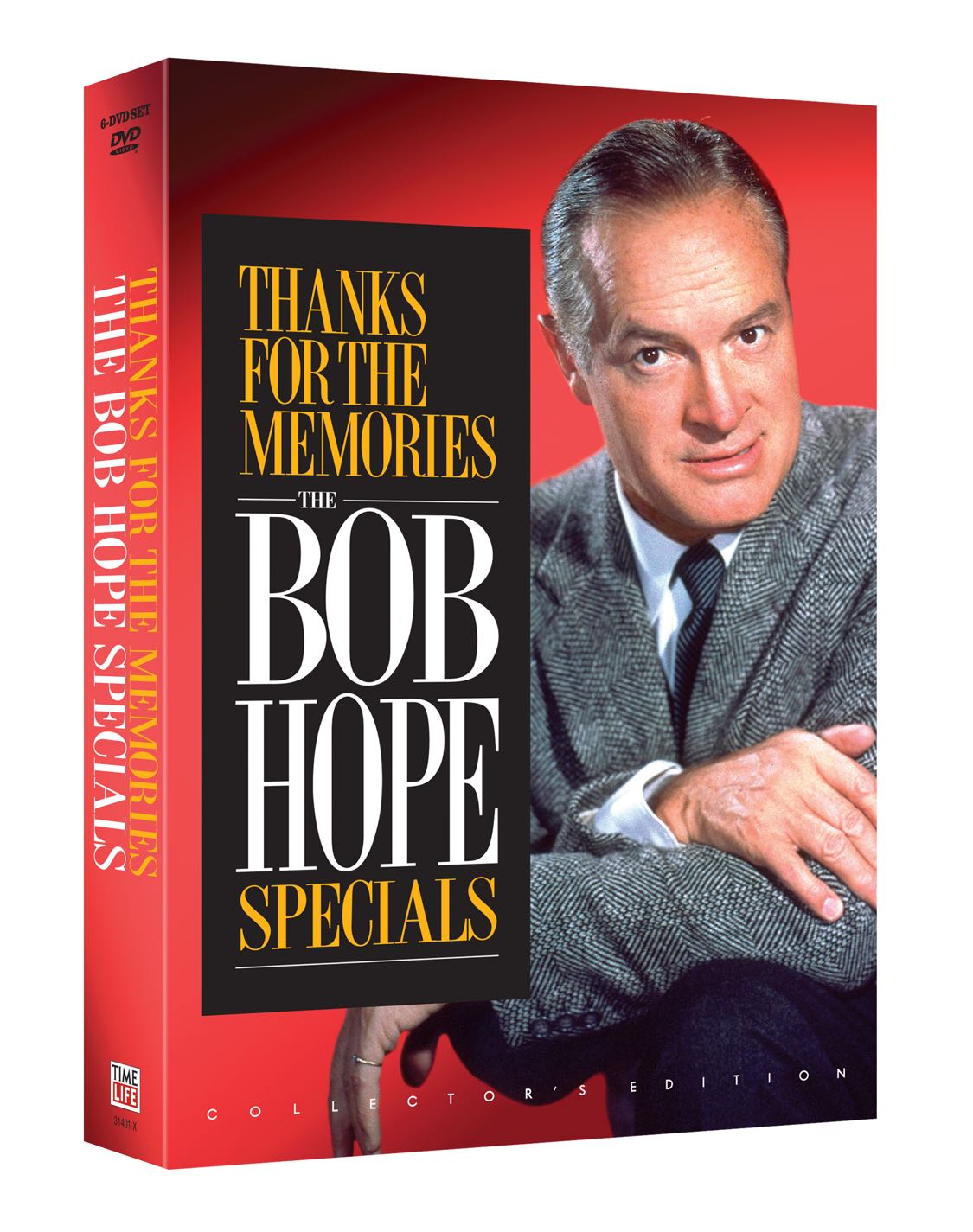 Seat42f and Time Life have teamed up to give THREE lucky winners a copy of THANKS FOR THE MEMORIES: THE BOB HOPE SPECIALS on DVD. For a chance to win leave a comment below telling us why you want to add THANKS FOR THE MEMORIES: THE BOB HOPE SPECIALS to your DVD collection. Only one entry per person. Contest ends October 4th. Winners will be notified on October 5th via email so make sure to use a valid email address when you post your comment.

Click To Buy : THANKS FOR THE MEMORIES: THE BOB HOPE SPECIALS : https://amzn.com/B01H3KUHLQ

Bob Hope, the greatest entertainer of the 20th century, moved from Broadway to radio to movies to television as easily as a pro golfer sinking a two-foot putt. There was no better showcase for his prodigious talents then his NBC comedy-variety TV specials, which began in 1950 and spanned five decades and ten presidential administrations from Harry Truman to Bill Clinton.  Hope’s hilarious TV specials – many of which are still among the most watched shows of all time — became a vehicle for the stars of the day and defined the variety show for generations of loyal fans. Whether he was ringing in the festive Christmas season with the biggest celebrities in Hollywood, along with major figures from the worlds of sports, music and politics, or bringing a taste of home to servicemen and women scattered thousands of miles from their families with his legendary USO shows, Hope’s warmth and goodwill knew no boundaries.  He knew, whether home or abroad, laughter was truly the best medicine.   And, for more than 50 years, Hope served it up like no other entertainer in history.

THANKS FOR THE MEMORIES: THE BOB HOPE SPECIALS features 13 digitally restored and unedited specials from Bob’s career, including (in chronological order):

Highlights from those programs include: