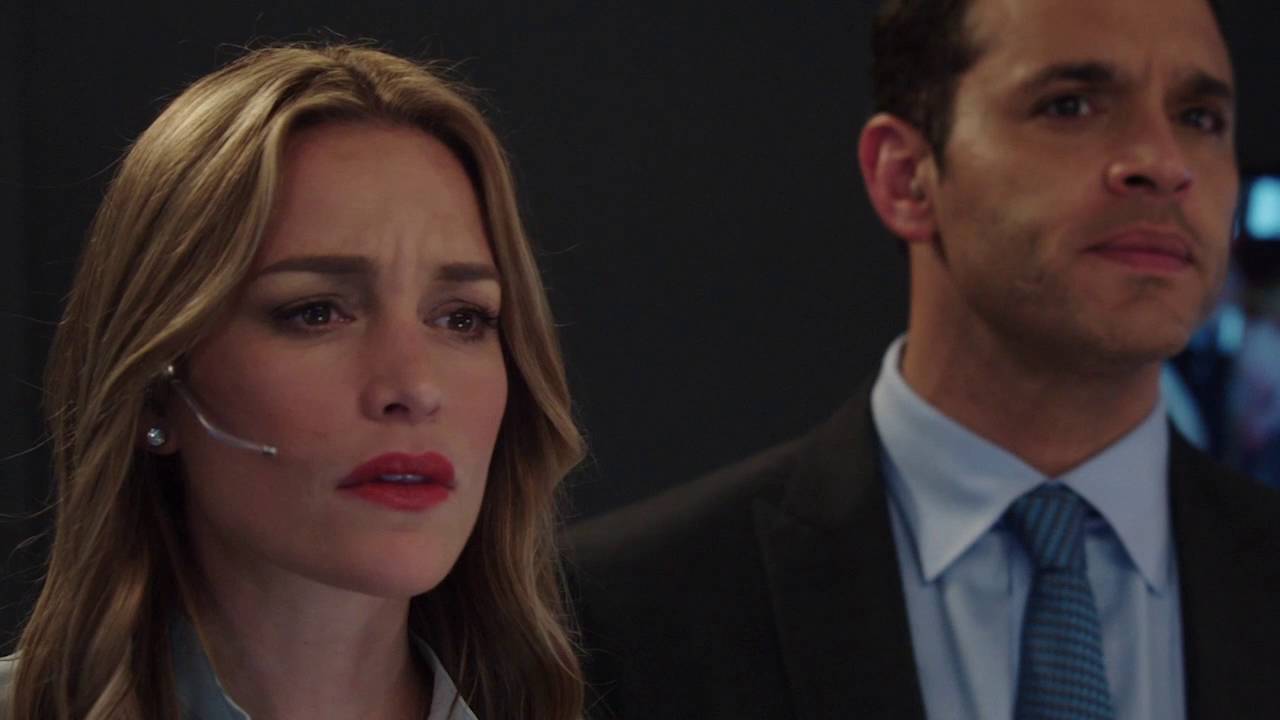 While we impatiently await the return of Scandal, ABC has another show on deck that is along the same lines called NOTORIOUS. It follows a lawyer, a TV producer, and the people around them as they manufacture news stories and deal with real drama, lying to pretty much everybody, and contributing to the public’s false perceptions of reality. It’s very soapy, and is certainly trying to be sexy in an over-the-top way.

Piper Perabo (Covert Affairs) stars as Julia George, the aforementioned producer, while Daniel Sunjata (Graceland) is the second lead, a lawyer named Jake Gregorian. The two of them don’t have a relationship, since Julia dating a judge (Marc Blucas, Necessary Roughness) and Jake is interested in his client’s wife (Dilshad Vadsaria, Greek). But because of the type of show this is, and because of the easy, immediate chemistry between the two, you just know they’re going to be dating, or at least screwing, before long.

Julia seems to be the colder of the pair, having no problem lying to and scolding her on-air talent, Louise Herrick (Kate Jennings Grant, Frost/Nixon), not that Julia has any room to talk. She also treats her new intern, Ryan Mills (Ryan Guzman, Heroes Reborn), poorly, although considering Ryan is thrust upon her through nepotism, I guess that’s understandable. My point is, we shouldn’t like Julia because of how she acts towards those around her, and yet Perabo just can’t play unlikeable so we end up behind her anyway (which is surely the intention of casting the actress in this role).

Jake is a little more sympathetic. Yes, he’s into a married woman, but he really does care about her and he’s at least hesitant about acting on those feelings. Through Jake’s interactions with his brother and legal partner, Bradley (J. August Richards, Angel), we see that Jake is a decent human being, even if his client, Oscar Keaton (Kevin Zegers, Gossip Girl), probably isn’t. So Jake is probably too good for Julia, but that won’t stop the show from pairing them anyway.

None of this in of itself is a bad thing. I’ve enjoyed many shows with similar ensembles and dynamics on broadcast network TV. In fact, most of the best primetime soapy dramas happen to be on ABC, including Scandal, so it seems like NOTORIOUS should fit right in.

But it doesn’t. The level of quality just isn’t there on this one. It isn’t the cast, who is across-the-board good looking and charming; it is the writing. So many things happen in the first hour alone to unnecessarily cause conflict that it stops feeling real and you’re taken out of the moment repeatedly. How unlucky can Julia be? Why must Jake have a young employee, Ella Benjamin (Aimee Teegarden, Friday Night Lights), who is so perfectly matched to Julia’s Ryan? Why does Louise have to be so lecherous, other than to get in the middle of couples and potential couples?

It’s also really hard to trust what we’re seeing when not once, but twice early in the first hour of the series characters reveal how far their lying goes to the audience. Suddenly, I’m not going to believe anything I see in a scene until it’s proven and backed up in multiple other scenes, and maybe not even then. NOTORIOUS shoots itself in the foot by making the characters so dishonest and then somehow expecting us to still like and trust them.

This type of show is something I’d be totally into, and in the past, I may even have looked past the mess and the flaws to give it a chance to grow into itself (cough, Revenge). But there are too many good things on right now to waste your time with a mediocre one that may never be that great (cough, Revenge), and NOTORIOUS, despite having a great ensemble, just isn’t ready for primetime.